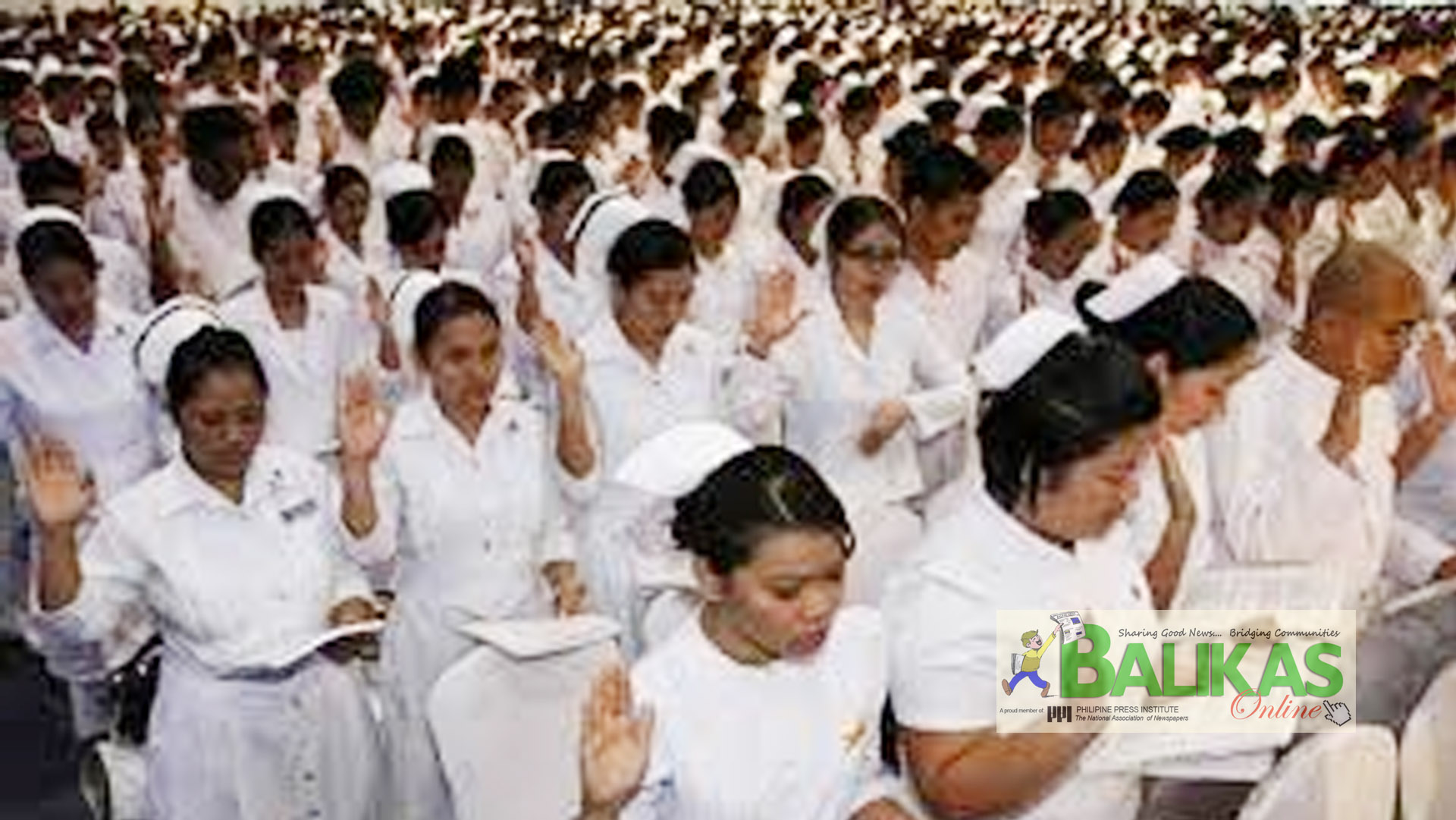 BNN News Teamhttp://balikas.net
- Advertisement -
PH-educated nurses paying $200 to take U.S. licensure exam for the first time up 32% year-on-year
A total of 10,302 Filipino nurses hoping to practice their profession in America took the U.S. licensure examination for the first time in 2018, the party-list group ACTS-OFW said Tuesday.
“The number is up 32 percent versus the 7,791 Philippine-educated nurses who took America’s eligibility test or the NCLEX for the first time in 2017, without counting repeaters,” said ACTS-OFW Rep. Aniceto Bertiz III.
A total of 1,232 Indians, 1,017 Puerto Ricans, 783 South Koreans and 601 Nigerians also took the NCLEX for the first time in 2018, Bertiz said.
The NCLEX for registered nurse (RN) or for practical nurse (PN) is the licensure test administered by the U.S. National Council of State Boards of Nursing Inc. (NCSBN).
The NCLEX examination fee is $200 (P10,500) payable to the Pearson VUE testing center in Makati City if taken in the Philippines.
Since the NCLEX is usually the final step in the U.S. nurse licensure process, the number of Filipinos taking the test for the first time is considered a good indicator as to how many of them are trying to enter the profession in America.
Citing newly released NCSBN statistics, Bertiz said Jamaicans, Canadians and Cubans also compete with Filipinos in America’s nursing labor market.
“There’s no question many Filipino nurses looking for greener pasture overseas prefer to work and live in America, mainly due to the superior hourly pay, plus our attachment to the Western culture,” Bertiz said.
Nurses are not covered by the U.S. Department of Homeland Security’s Jan. 19, 2019 to Jan. 18, 2020 ban on the issuance of new H-2A and H-2B visas to Filipinos, Bertiz said.
“Filipino nurses entering America through the sponsorship of their prospective U.S. employers apply for and are issued a separate entry permit – the H-1B visa,” Bertiz pointed out.
America’s restricted H-1B visa program allows U.S. employers to temporarily hire foreign staff, including nurses, in select occupations that require the application of specialized knowledge and a bachelor’s degree or the equivalent of work experience.
ACTS-OFW expects the demand for Filipino nurses in America to steadily increase in the years ahead.
“America’s nursing workforce is growing old, and they are not producing new nurses fast enough, mainly because they lack teaching staff. In fact, U.S. schools are turning away many would-be nursing students due to the shortage of qualified instructors,” Bertiz said.
An aggregate of 187,103 Filipino nurses have taken the NCLEX for the first time since 1995, Bertiz said.
In California alone, Filipinos now account for some 20 percent of the state’s entire nursing labor force, according to Bertiz.|
- Advertisement -
Share
Facebook
Twitter
Pinterest
WhatsApp
Previous articleTrue belief leads to respect, peace, pope says at interreligious meeting
Next articleBabaeng dadalaw sana sa live-in partner, kulong rin sa pagpupuslit ng shabu
- Advertisement -