25 crews of a roro vessel get Covid-19 on board 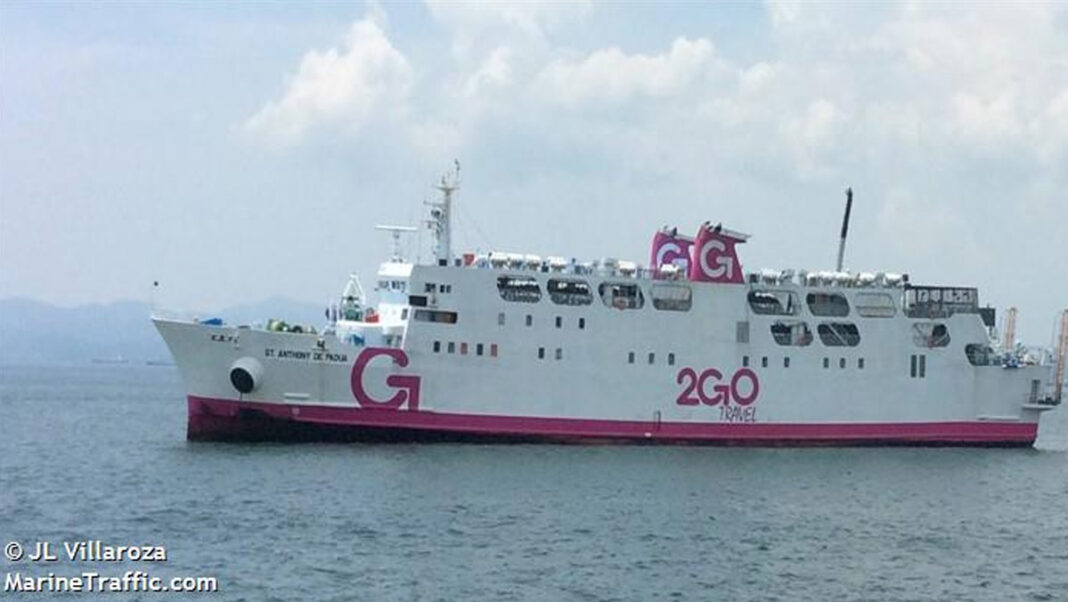 PORT OF BATANGAS, Batangas City – AT least a total of 25 crews of a passenger and rolling cargo vessel were tested positive to corona virus disease (CoVid-19), in a biggest virus contamination incident in a single setting in Batangas.

The roll on-roll off vessel identified as M/V St. Anthony de Padua, owned and managed by 2Go Travel was about to sail from the Port of Batangas to the Port of Caticlan in the province of Antique last Sunday, August 1, when two (2) of its crews disembarked at the Ramp 5 of Port of Batangas and went to a private hospital after one of them experienced loss of appetite.

With all the remaining crews and passengers on board, the vessel on sailing down the Visayas. The following day, the shipping line were informed that the two (2) crews who were brought to the hospital were tested positive to Vocid-19.

On the night of August 3, the vessel went back from Port of Caticlan and arrived at the Port of Batangas the following day with another 33 passengers on board.

On that same day, after the disembarkation of the passengers, the vessel went on anchorage at the Batangas Bay in the territorial waters of Bauan town; but another two (2) crews experienced loss of appetite and loss of smell. The Provincial Disaster and Risk Reduction Management Office (PDRRMO) received a call from Engr. Lansen Padua of 2Go Travel seeking assistance for transporting to the hospital the said two crews which were eventually relayed to Dr. Masikap de Castro of the Bureau of Quarantine.

On Thursday, Aug. 5, two (2) other crews of the vessel were disembarked in the anchorage area in Bauan waters. By the use of a tug boat Forties IV, the crews were ferried to Ramp 5 of the Port of Batangas and then brought to another private hospital via a tricycle. But even when they were tested positive, said crews were not accommodated in the same hospital for want of available rooms for them.

Acting on the increasing alarm of contamination, the shipping company outsourced the services of a private testing laboratory to test all the crews of the vessel and on August 7, it was confirmed that 25 of the crews were all infected of the virus.

As of this writing, all of the crews, the 25 positives and the negatives alike are on quarantine aboard the vessel. Engr. Padua, however, explained that the 25 positive crews are individually isolated within the vessel. [It’s not yet clear, however, if the first four patients are included in the list of 25 crews who were tested positive.]

Meanwhile, Governor Hermilando I. Mandanas, asked the shipping company to work in close coordination with concerned agencies to assure the immediate contact tracing of the passengers from Caticlan, Antique that have disembarked in the Port of Batangas on Wednesday morning.

Dr. Ernesto Magsino, another member of the Batangas IATF, expressed alarm of further contamination of the remaining crews as most of the Delta variants were traced to the asymptomatic patients, given the situation that there are 25 positive cases confirmed in a matter of three to four days only.|