2nd in a row in Batangas: MB closes MaxBank 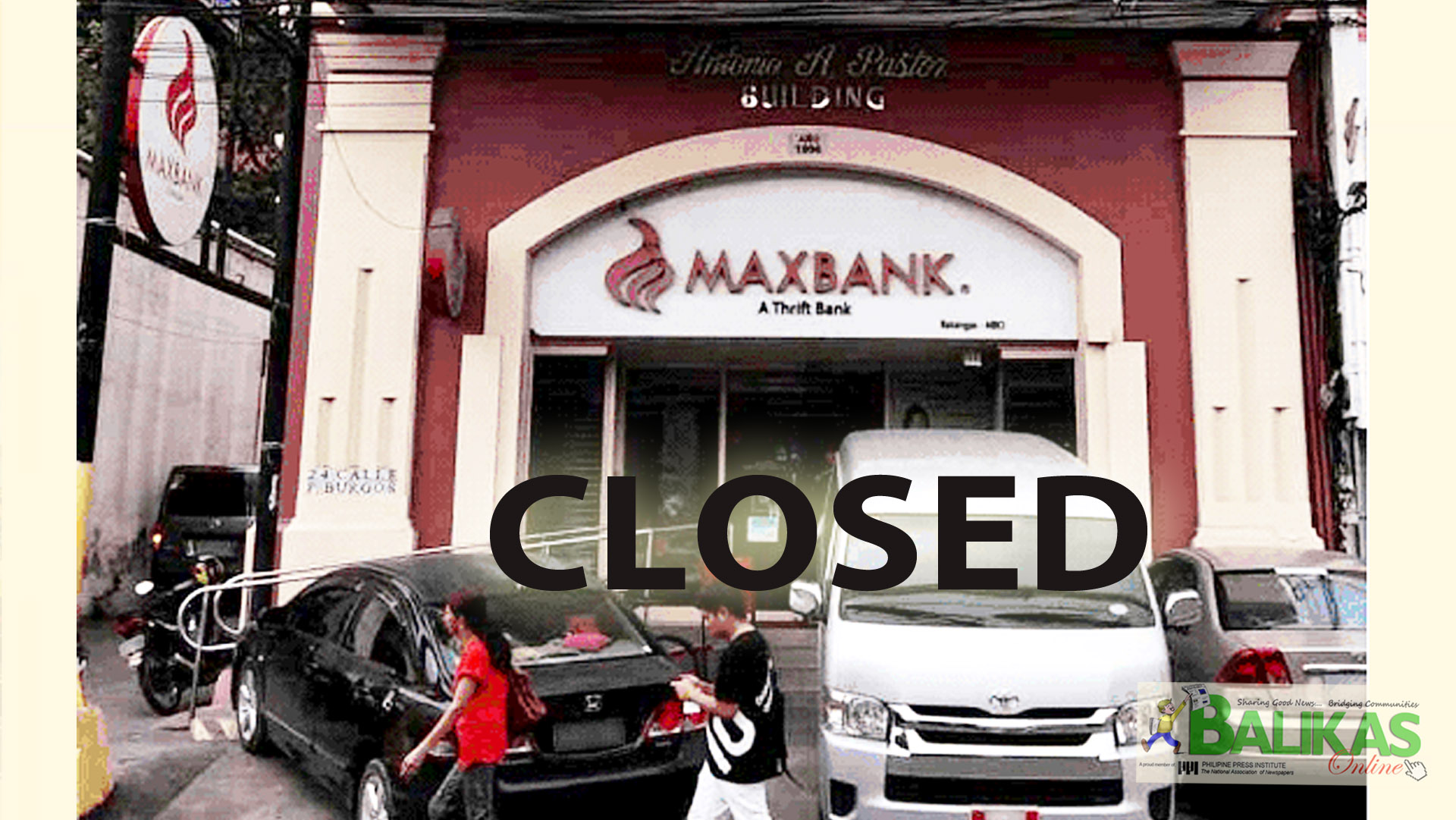 The Monetary Board (MB) of the Bangko Sentral ng Pilipinas (BSP) prohibited Maximum Savings Bank, Inc. [also known as MaxBank] from doing business in the Philippines through MB Resolution No. 1704.C dated November 7, 2019 which also directed the PDIC as receiver to proceed with the takeover and liquidation of Maximum Savings Bank.

Latest available records show that as of June 30, 2019, Maximum Savings Bank has 3,487 deposit accounts with total deposit liabilities of PhP158.0 million, of which 38.34% or PhP60.6 million are insured deposits.

Along with MaxBank, the Monetary Board also ordered the closure of AMA Rural Bank of Mandaluyong, Inc. through MB Resolution No. 1705.D dated November 7, 2019; and was also taken over by PDIC on November 8, 2019.

Latest available records show that as of June 30, 2019, AMA Rural Bank of Mandaluyong has 8,434 deposit accounts with total deposit liabilities of PhP1.4 billion, of which 92.06% or PhP1.3 billion are insured deposits.

The twin-closure of MaxBank and AMA Bank accounted for a a total of 11,921 combined number of affected deposit accounts with a combined total deposit liabilities of Php 1.558 billion. Of this amount, only Php 1.360 billion deposits are covered by mandatory insurance coverage of Php 500,000.oo per deposit account.

PDIC reminded borrowers to continue paying their loan obligations with the closed banks and to transact only with designated PDIC representatives who are temporarily stationed at the closed banks’ premises distributing Mailing Address Update Forms where depositors may submit the forms until November 15, 2019.|- Balikas News Network