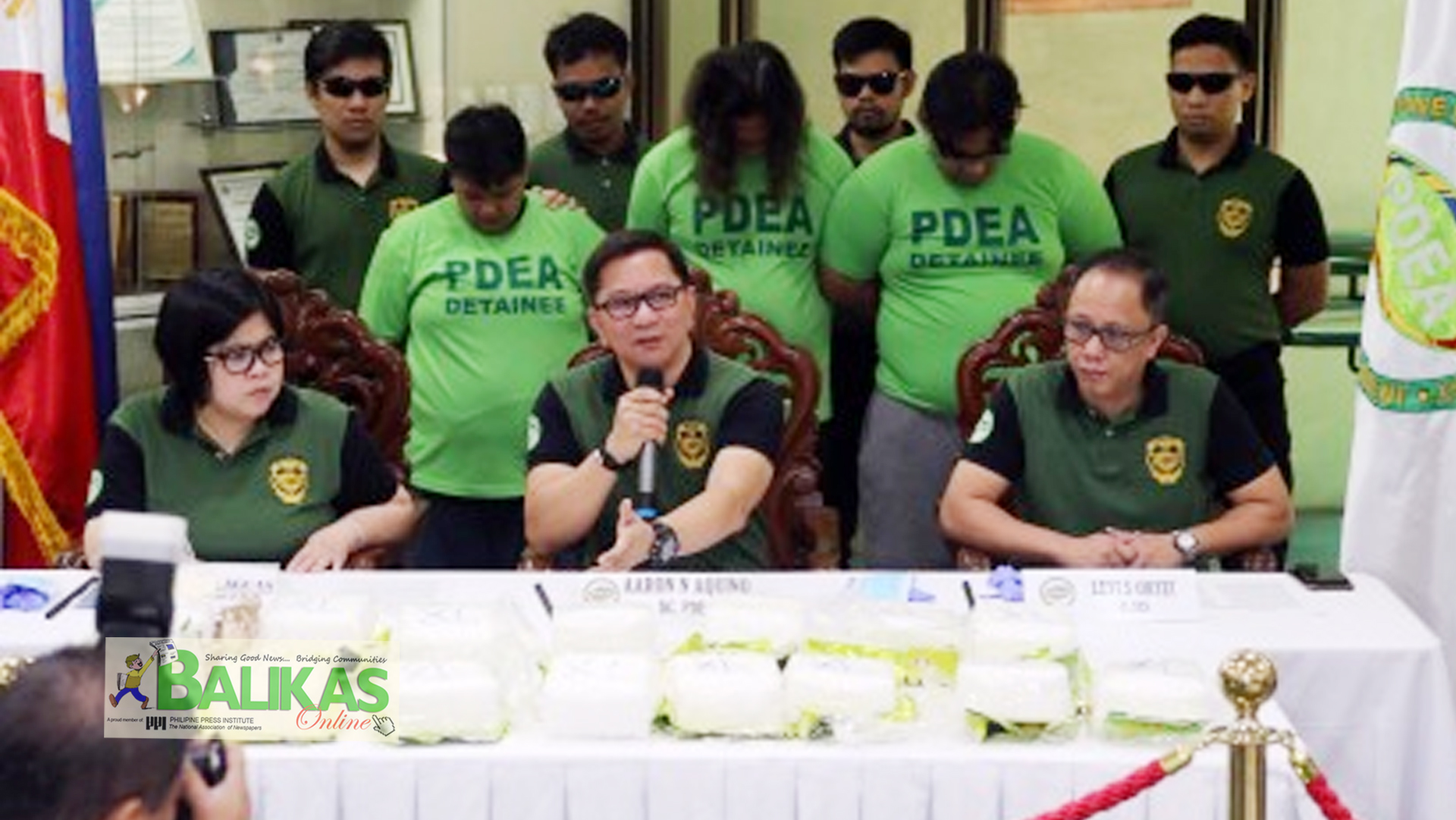 AUTHORITIES seized PHP102 million worth of shabu from three suspects in a buy-bust in Bacoor, Cavite, the Philippine Drug Enforcement Agency (PDEA) said on Friday.

The three were arrested by agents of the PDEA Special Enforcement Service on Molino Boulevard corner Aguinaldo Highway in Barangay Talaba 4 on Thursday.

Seized from the operation were 15 kilos of shabu inside “Guanyinwang” tea bags.

Citing investigation reports, PDEA chief Aaron Aquino said Menodiado was the main source of shabu in Cavite and the whole of Region 4A (Calabarzon) and his group distributes shabu in Metro Manila and Zamboanga City.

The supplier who has a duplicate car key will put shabu inside the pusher’s vehicle and the latter will then come back and get the car with shabu in it.

“We are still investigating if they are selling shabu to college students in the region,” Aquino said.

Charges for violation of the Comprehensive Dangerous Drugs Act of 2002 will be filed against the suspects.| – Christopher Lloyd Caliwan, PNA