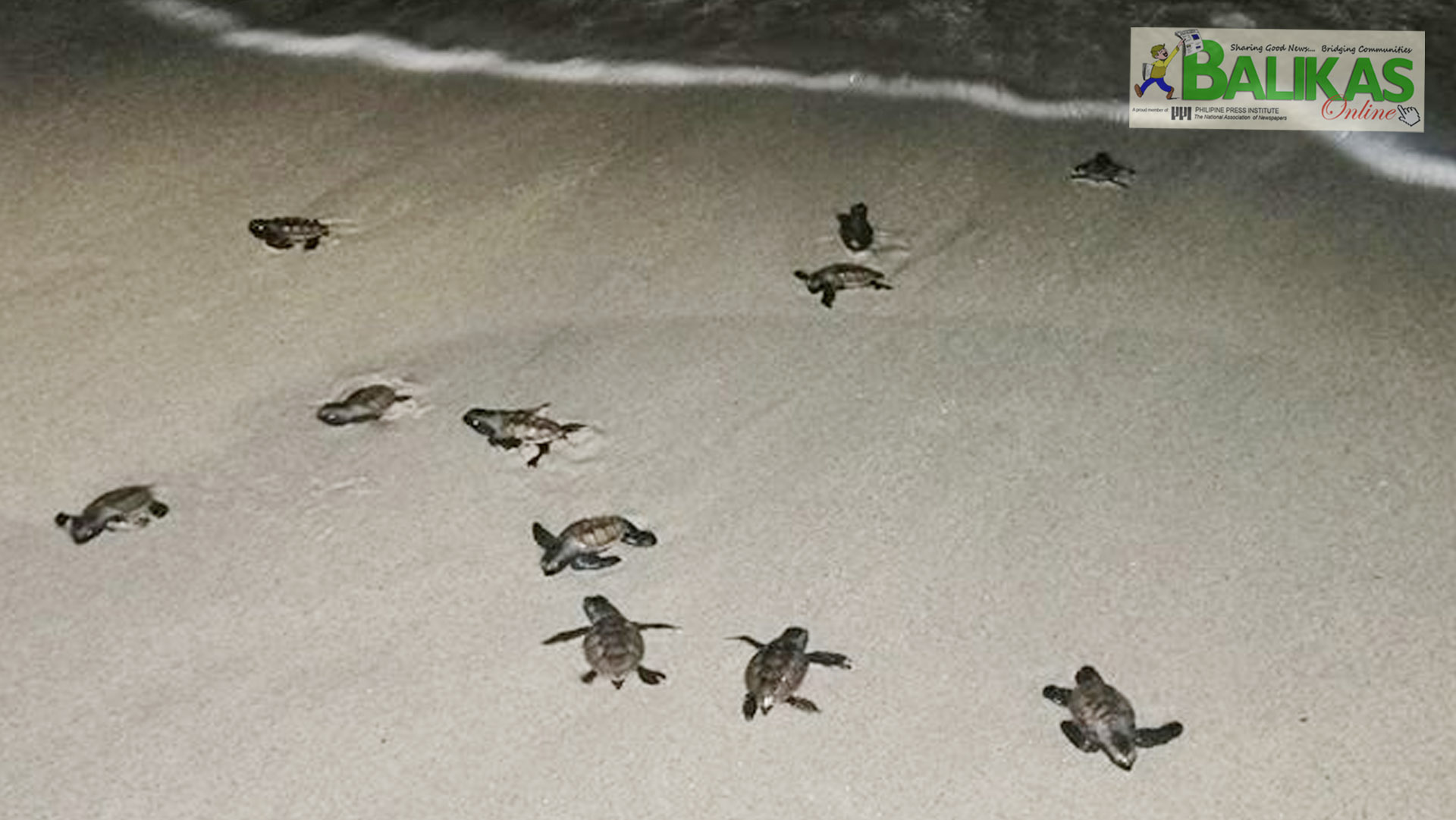 NASUGBU, Batangas — A TOTAL of 58 hatchlings of Hawksbill Turtle find their new home at the sea facing the world-reknowned beach, Punta Fuego, in Barangay Balaytigue, here after their successful release, Saturday afternoon, November 9.

The releasing of hatchlings has been traditionally done by the management of Punta Fuego since 2008 participated in by their homeowners and guests in collaboration with the Department of Environment and Natural Resources (DENR) – CENRO Calaca.

The DENR-CENRO Calaca continuously extends its technical assistance in facilitating the hatchling releases and through a conduct of brief orientation to inform the homeowners and guests about pawikan conservation and their importance to the marine ecosystem.

Meanwhile, a mature pawikan was rescued by a mariner while their ship is anchored at the Batangas Bay, last Wednesday, November 6.

Ryan Fesait, a chiefmate of MV Ma. Matilde of Montenegro Shipping Lines said he spotted the mature Olive Ridley turtle when their ship is anchored and awaiting trip schedule at the Batangas Port Anchorage Area.

He was able to rescue the turtle with the help of personnel of the City Environment and Natural Resources Office and the Philippine Coast Guard – Batangas Port Station.

Upon inspection, the rescued pawikan which measured 24×18 inches and weighing 30 kilograms, was found to have an injury at the right lateral edge of its carapace, reason why it was brought to the Bureau of Fisheries and Aquatic Resources (BFAR) station and was treated by Dr. Marco Espiritu.

Afterwards, the pawikan was brough to the Marine Wildlife Nursing and Rescue Center in Brgy. Ilijan, Batangas City, a facility maintained by the DENR and Kepco Ilijan Power Corporation (KEILCO), in partnership with Solid Baybay Barangays of Batangas City.

Faced with challenges such as overfishing and pollution, the marine ecosystem is in need of conservation champions. Premier residential and leisure destination Peninsula de Punta Fuego is leading the effort to protect marine creatures in this town through its annual Turtle Run. This year’s Turtle Run was held last April 20 with support from Santos Knight Frank and other advocates.

Now on its 8th year, the Turtle Run supports the marine preservation and conservation programs for coral reef, giant clams and sea turtles of the Punta Fuego Village Foundation, Inc.

More than 300 runners participated in this year’s event, most of them from the youth sector. Donations collected will enable Punta Fuego to boost its marine conservation efforts.

Over the last decade, such programs have seen significant results within the area. Punta Fuego has recorded a total of 3,338 turtle hatchlings since monitoring began in 2008. Last year, 974 hatchlings were released to the sea – the greatest number of hatchlings recorded in a year. The Olive Ridley turtle, which lays eggs within the property’s premises, form a significant share of the total hatchlings.

As the property manager of Peninsula de Punta Fuego since 2008, Santos Knight Frank is a committed partner in the village’s environmental programs.

“We congratulate Punta Fuego for another successful Turtle Run this year. This program not only helps strengthen the village’s advocacy but also instills the importance of marine conservation to the youth – the future guardians of the sea,” Rick Santos, Chairman & CEO, Santos Knight Frank said during the last turtle run.| –BALIKAS News Network