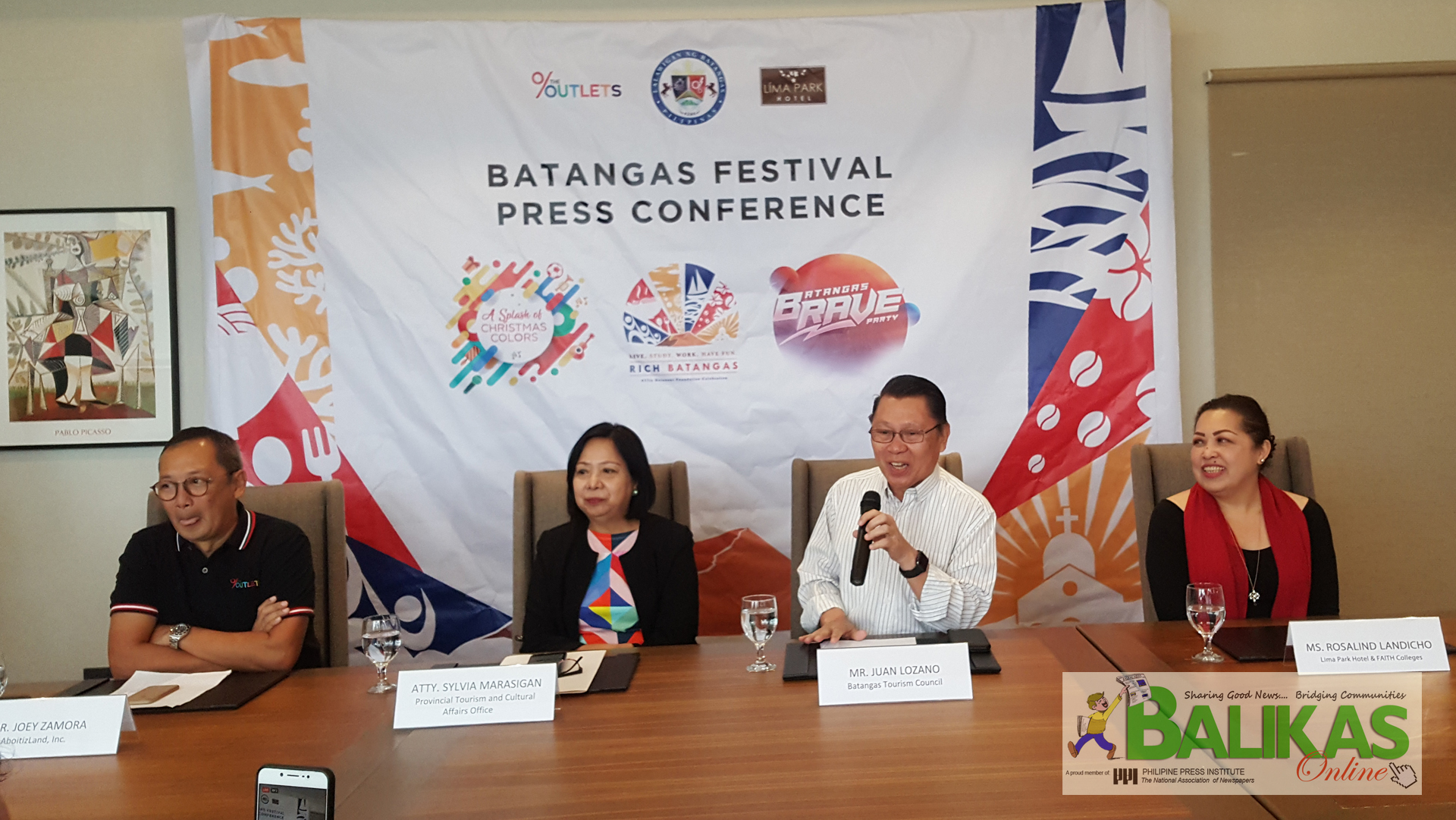 GREAT food, art, music, and a lot more cultural extravaganza await Batangueños as the Province of Batangas kicks off its Foundation Week.

With the theme “Live, Study, Work and Have Fun in Rich Batangas,” this year’s foundation anniversary will celebrate Batangas’ rich cultural, social, and economic resources being one of the largest and oldest provinces in the country.

The whole-day celebration, which will be hosted at The Outlets at Lipa inside Lima Technology Center, Lipa-Malvar, Batangas, will start with a Eucharistic Mass at 9am followed by the Culture, Arts and Environment Awards with Batangas Province Governor Hermilando I. Mandanas gracing the event.

This will be followed with the opening of the Art Walk, a display of Batangueño art pieces curated by Gruopo Sining Batangas and Batangas Shoppes, showcasing different products from various clusters and farm tourism groups in the province.

Highlight of the celebration will be the hourly street and stage performances starting at 1pm by the different solo artists and performing groups in Batangas. Capping off the day-long celebration is the BRAVE (Batangas Rave) Party featuring DJ Tom Taus and DJ Jennifer Lee hosted by FAITH Colleges and Lima Park Hotel.

All of these activities highlight the 437th Founding Anniversary celebration on December 8. These same long array of events will be the highlight of the Special Supplement that Pahayagang BALIKAS will be releasing as a tribute to the province that is home to the famous heroes and its rich cultural heritage.|