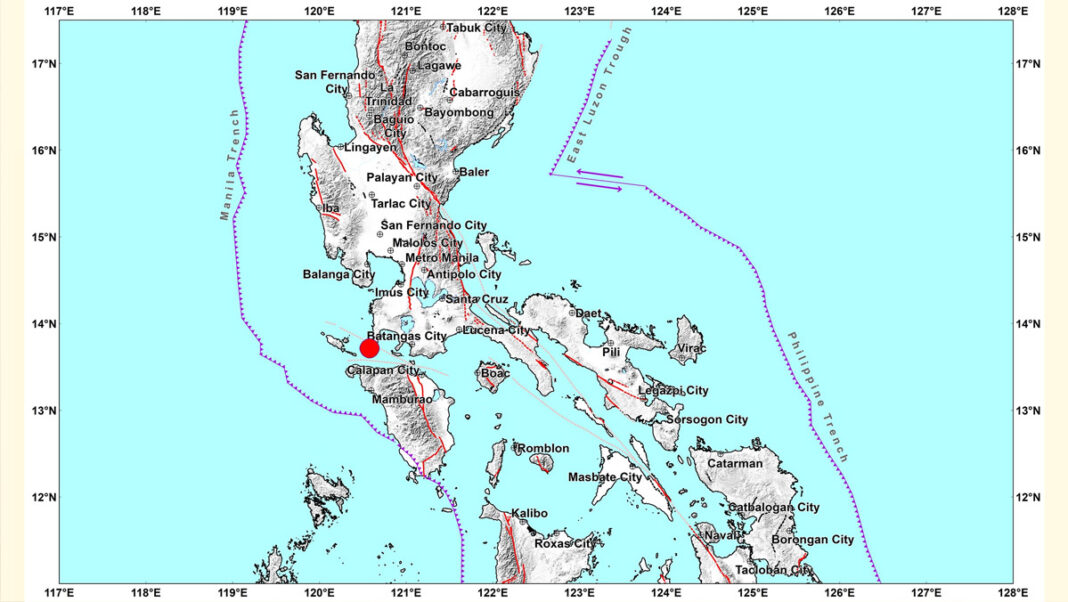 Philippine Institute of Volcanology and Seismology (Phivolcs) said the epicenter of the quake [which was initially reported with a strength of 5.7-magnitude] was traced to 113 kilometer depth of 13.68°N, 120.55°E – 018 km S 24° W of Calatagan in western Batangas.

The quake which was tectonic in origin was also felt at Intensity IV in Calatagan, Lipa City, Lemery and Taal in Batangas; Puerto Galera and Calapan City in Oriental Mindoro; Looc and Lubang in Occidental Mindoro, and Binan, Laguna. It was also felt at Intensity III in Pasig City, City of Manila, Caloocan City, Valenzuela City and Quezon City in Metro Manila, Batangas City; Abra de Ilog in Occidental Mindoro, Tanza in Cavite and in Obando, Bulacan.

It was recorded at Intensity II in Meycauayan City and Malolos City, Bulacan; Makati City, Pasay City, and Pateros in Metro Manila; and San Jose, San Pascual, Bauan, Agoncillo, San Luis and Talisay in Batangas; and was Intensity I in Malabon City.

No aftershocks are expected, the agency noted.