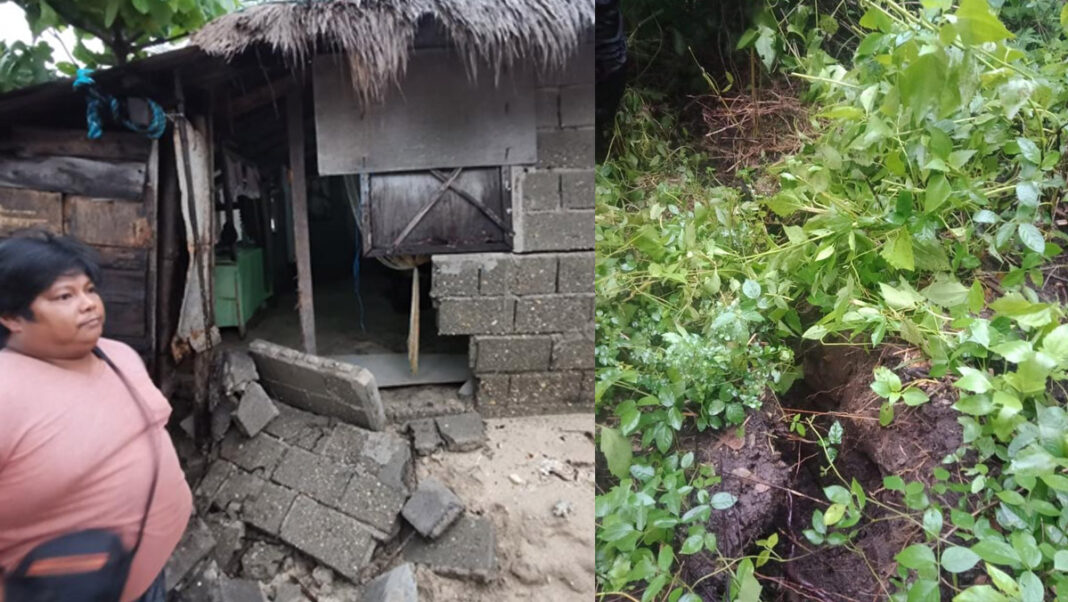 CALATAGAN, Batangas – A fissures surfaced in Sitio Putol, Barangay Bagong Silang while an incident of landslide was recorded in Barangay Luya, both in this municipality due to the 6.6-magnitude quake that occur at exactly 4:49 in the morning on Saturday, the Municipal Disaster and Risk Reduction Management Officer Ronald Torres reported.

Another incident of landslide beside a school building that is being built at the Miranda Elementary School in Talisay town was also reported but the MDRRMO here believed that the incident was triggered by the bad weather that uninterruptedly brought heavy rains and loosened the ground.

In the municipality of Taal, new fissures and sinkholes surfaced in barangays Lagile and Apacay, but Taal mayor Pong Mercado cannot ascertain yet whether the ground movements were due to earthquake of to the recent eruption of Taal Volcano and the torrential rains brought by typhoon Fabian and the southwest monsoon or habagat.

Said new sinkholes were traced to run from Barangay Apacay passing through Lagile all the way to Pansipit River in San Nicolas town near Taal Lake.

During his inspection Saturday morning, Mayor Mercado admonished the affected residents to heed the call of the local government for immediate evacuation to prevent further damages and threat to life as the raining continues.

In the island municipality of Lubang in Occidental Mindoro, some residential structures in the coastal community were also damaged due to the earthquake, the local government authorities reported. Lubang island can be reached via motorized boats from the Port of Calatagan.

Meanwhile, Secretary Mark Villar posted that the DPWH has deployed teams to assess structural integrity, damages of key infrastructure in Metro Manila, CALABARZON at MIMAROPA due to the 6.6 magnitude earthquake.

The said 6.6-magnitude quake has triggered no less than 100 aftershocks, the Philippine Institute of Volcanology and Seismology (Phivolcs) said.

Of these aftershocks, Phivolcs said 29 were plotted or located close to the epicenter of the 6.6-magnitude earthquake in the municipality of Calatagan in Batangas province.

Phivolcs said only the 5.5-magnitude tremor at 4:57 a.m. was felt. The quake causes no tsunami elsewhere along the Balayan Bay and Talin Bay, and the island municipalities of Lubang in Occidental Mindoro and Tingloy in Batangas.|-BNN