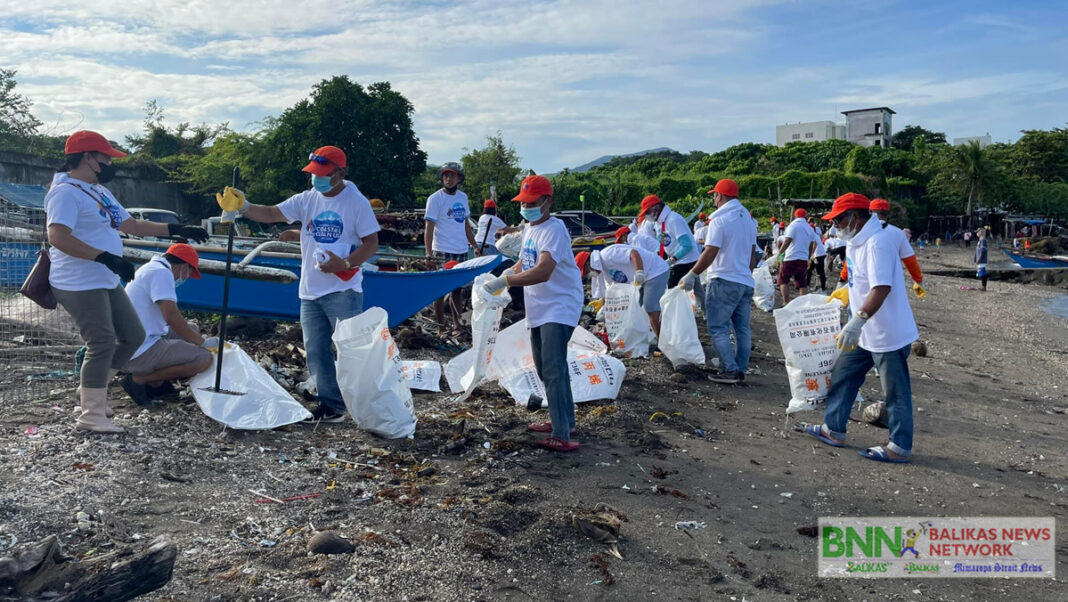 Thousands of volunteers around the globe pull their forces and resources together and combed the hundreds of kilometers of coastal areas collecting tons of garbage in what considered as the world’s largest annual preservation and protection events for our ocean, waves and beaches – the International Clean Up Day on Saturday, September 17.

Volunteers from both public and private sector trooped the coastal areas and collected facemasks, used personal protective equipments (PPEs), sachets of different kinds, rubber slippers and other non-biodegradable waste that have been washed by waves from esteros down into the seas.

Some of the top five most commonly collected items on ICC last year were cigarette butts, plastic beverage bottles, food wrappers, plastic bottle caps and plastic straws, respectively. All are forms of plastic debris. The very qualities that make plastic an adaptable and durable product to use, also make it an environmental nightmare. Plastics do not biodegrade. Instead they break down with exposure to weather and the sun’s ultraviolet rays into smaller and smaller pieces. When these pieces infiltrate the environment, especially marine environments, they wreak havoc on wildlife and the ecosystem.

In Batangas City, volunteers from the Department of Energy (DOE) the Malampaya Group, contractors, City Environment and Natural Resources Office (City ENRO) and community mobilizers join the clean-up while in other areas, scuba divers also combed the seabeds with trashes that have settled down underneath.

On the other hand, waters along the Manila Bay, famous for its idyllic sunsets, are heavily polluted by oil, grease and trash from nearby residential areas and ports. These was the focus of hundreds of volunteers in the metropolis.

In some areas, Surfrider Foundation chapters engage and motivate their communities to take action at local beach cleanups. The cumulative result is not only a cleaner and healthier coastline but also a raised consciousness for accessible actions people can integrate into their lives to promote healthy beaches on a daily basis.

But it is the world’s top polluter when it comes to releasing plastic waste into the ocean, accounting for roughly a third the total, according to an April 2022 report by the University of Oxford’s Our World in Data, a scientific online publication.

International Coastal Cleanup Day was established by the Ocean Conservancy, an organization that works to help protect the ocean from the challenges it faces every year. It was established in the United States on the west coast of Washington State in 1986.

Now, each year, ICC is held every third Saturday of September to raise awareness of the growing garbage problems affecting coastlines around the world.| – BNN (with reports from Reuters and ICC Phis.)