A Balut Dream for Taganito Mining 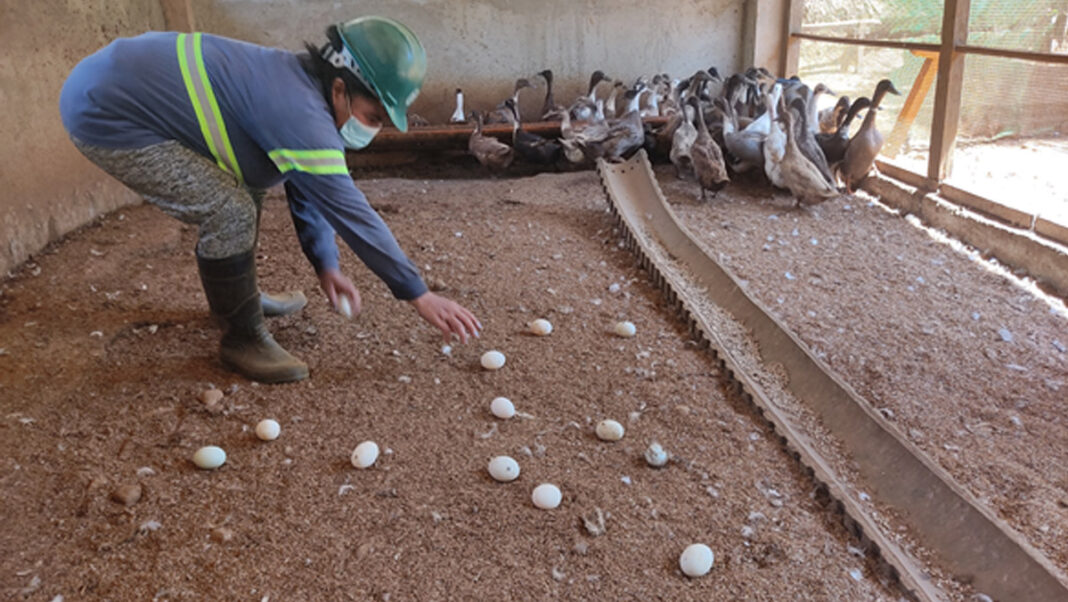 AS a fresh batch of ducklings hatch in an eclectic farm in Taganito Mining, so begins the important step towards fulfilling a dream of having a balut production farm within the mine site.

Filipinos love balut.  As a matter of fact, balut is associated with the Pinoy’s exotic palate and is accepted as a national delicacy in the Philippines, our “national street food”.

The town of Pateros in Taguig City is the acknowledged balut capital of the country but agriculturists in Taganito Mining Corp. (TMC) believe that there is a big market for balut in Claver, Surigao del Norte, so they started to dream of having their own balut production as means of livelihood for the communities in this mining area.

“Our main goal is to assist our partner communities and teach them to become producers of balut in the whole of Claver and adjacent towns, with lower prices so people can afford and enjoy balutproduced in their own backyards,” says Danding Elizalde, Agriculturist at TMC and the project’s overall coordinator.

A likely recipient of the balut production technology that TMC is developing is the Sapa Integrated Farmers’ Association (SIFAS), one of the people organizations (POs) that TMC supports under the mining company’s Social Development Management Program (SDMP).  SIFAS already has a duck farm but they are selling their egg produce until they are able to produce balut to sell.

“TMC is our biggest support in terms of funding and know-how and we cannot wait for our dream to have a balut production here in Claver,” says Mr. Virgelio Buyan, SIFAS President.

The critical first step is to grow a healthy batch of “breeders”.

Elizalde says that Ducks are one of the simplest animals to raise.  They are resilient against unpredictable weather changes and do not consume a lot of time to nurture and grow.

TMC, a subsidiary of Nickel Asia Corp. (NAC), has always been on the lookout for sustainable community projects to develop and to pass on to the residents of the company’s host communities, and the Environmental Department of TMC that takes care of the protection and enhancement of the environment in the mining communities came upon the exciting idea of balut production.

“After the initial learnings, we’ve warmed up to the system of caring for the ducks and we found out it’s a piece of cake really as we do the feeding and cleaning of cages in between our daily activities and would take turns in collecting the eggs that would be laid during night,” shares Elizalde.

One of the bigger hurdles was when TMC did not have an incubator. The eggs would be sold to employees every time because it was difficult to hatch them into ducklings since mother ducks would not warm on their eggs and there were bush rats that feed on them at night.

“We could not grow healthy breeders because we could not hatch most of our eggs so an incubator became a necessity so we had one fabricated in Surigao City for P60,000 pesos” explains Libao.

But with an incubator, TMC started producing ducklings and perfected the system that now produce fertile eggs with better hatchability rate with the target to produce 500 ducklings in the next few months.

At the moment, TMC is able to hatch 60 ducklings at a time and is getting nearer to the realization of its dream of having an efficient balut production farm. TMC mine site is located in barangays Hayanggabon, Urbiztondo, Taganito and Cagdianao, in the municipality of Claver, province of Surigao del Norte.  Its area of operations is within the Surigao Mineral Reservation.|-BNN