A new Philippine future beside the exodus? 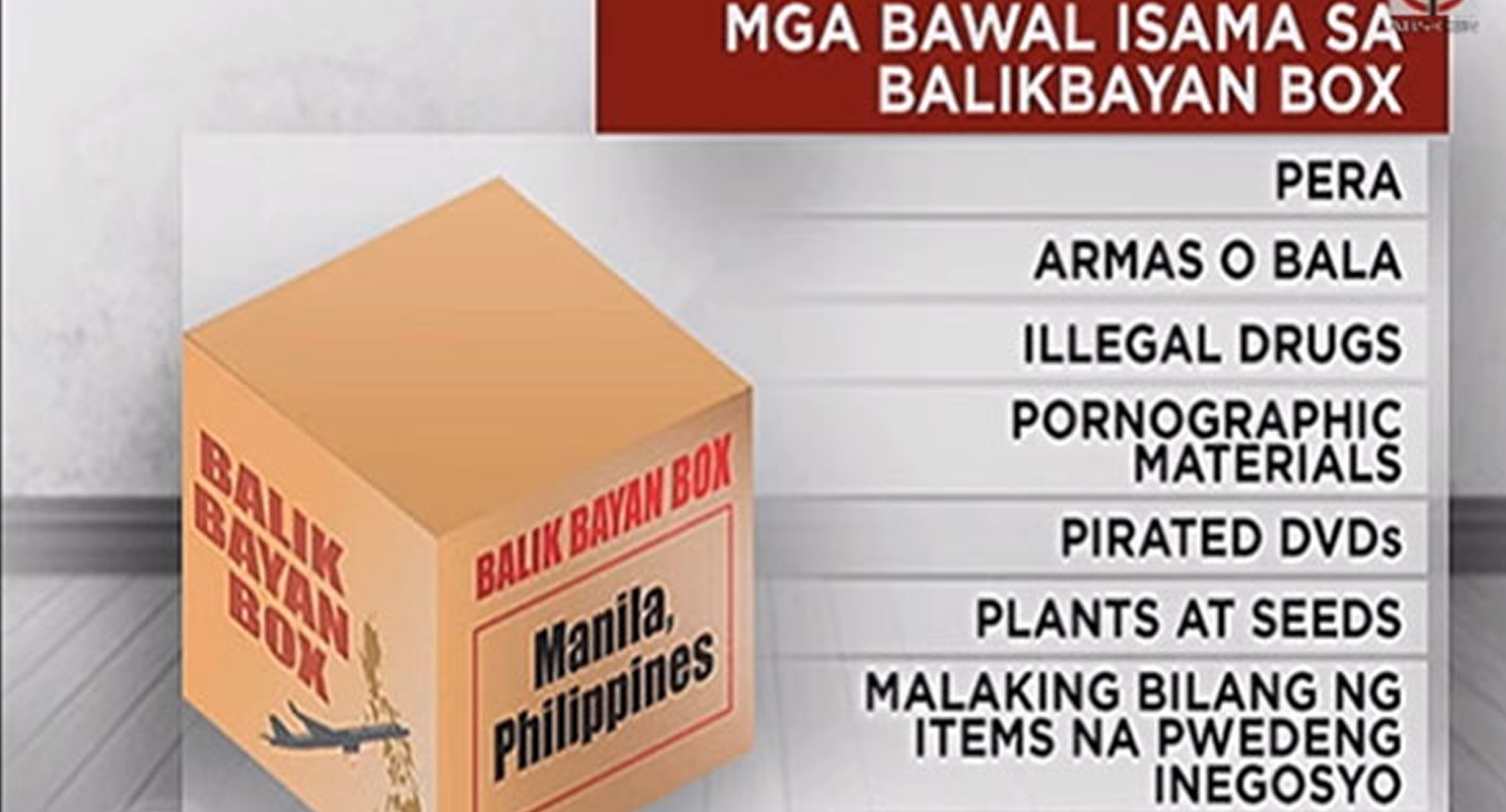 EVERY seventh of June, a Southeast Asian archipelago commemorates the “heroism” of compatriots who have been a visible reason for the steady growth of their motherland’s economy. The celebration is National Migrant Workers Day, and the date’s historicity is brought about by the passage of a law to protect the rights and welfare of overseas Filipinos and their families.

That law, currently coded as Republic Act 10022 (Migrant Workers and Overseas Filipinos Act, revised twice), spells out regulations for labour migration and lays out the bureaucratic structure —found at home and abroad— that ensures safe and orderly overseas migration. The original law, RA 8042, was a result of the execution of a domestic worker in Singapore, Ms. Flor Contemplacion, in March 1995. That episode created diplomatic tension between the two countries, as well as national shame for a country that then had no enabling law for migrant workers’ protection.

The said law helped the Philippines lay out a program on labour export that (explicitly) facilitates Filipino workers’ overseas placement in destination countries requiring certain skills. Decades hence, to include the hard lessons learned since Contemplacion’s execution, the Philippines has now “excelled” in migration management.

Filipinos are now in over-200 countries and territories, in all sorts of occupations, with their migration status either legal or irregular. Filipinos have contributed to countries’ economic growth, especially countries facing demographic shortfalls and labour shortages. The estimated 10.3 million overseas Filipinos have (unfortunately) become the Philippines’ top export. Their overseas migration is a response to the search for more gainful opportunities, what with the country’s agriculture and manufacturing sectors still struggling and services being the top draw for homeland employment for nearly two decades.

Remittances have been the reason for overseas Filipinos’ symbolic tag as heroes since a formal labour export program (given the passage of a Philippine labour code) began in 1974. Form the 1970s to the mid-2000s, remittances have helped shore up the homeland economy’s fiscal issues, mitigated the impacts of domestic unemployment, and somewhat help buoy the Philippines’ gross national product. That period, spanning just over three decades, saw the Philippines’ macro-economic growth performance as “boom and bust” —like a roller coaster, going up and down. Meanwhile, there is rising overseas migration (including that for overseas permanent residency, depending on the migration pathways countries offer to foreigners) and a concomitant rise of labour, welfare, human rights and criminal / civil cases affecting Filipinos in various hostlands. So with rising migration and remittances is a perceived growing number of problems facing Filipinos abroad, and the corollary family-level social costs.

However, there is a change in the plot: since the 2008 global economic crisis, the Philippine economy is now one of the top economic performers in the world. Sustained gross domestic product growth, with an annual average of some 6 percent, these past ten years is slowly buoying the Philippine economy. Coinciding that is what some demographers perceive to be a demographic transition, where old and young dependents are lesser and the working force is bulging in numbers. That situation gives the Philippines a chance —a 30-year window, says some demographic projections— to drum up as many savings and investments and have these parked at home. Overseas migration and remittances have been contributing their share to this ongoing demographic transition, currently through buoying local consumption.

Yet one wonders why the stories are still the same sordid ones? The recent episode the Philippines faced was a diplomatic standoff with Kuwait, with the former demanding certain protections and employment regulations for Filipina domestic workers. This four-month saga started off with the discovered massacre —body chopped into pieces, placed in a refrigerator for a year— of Joanna Demafelis, angering the tough President Rodrigo Duterte. After a deployment ban and Kuwait’s own issues with Philippine diplomatic authorities, a memorandum of agreement on hiring domestic workers was signed just last month and diplomatic relations have been restored. Implementation by Kuwaiti authorities is another matter.

For decades now, Filipinos abroad are still seen as those women who have found dates online and migrated for economic security; of women as “lowly” domestic workers or as abused spouses even after they got permanent residency; of men who are trafficked into occupations different from what was initially in their work contracts. Filipinos have also been seen as the bearers of the Christian faith; the workers with a more caring attitude; the workforce who can endure tough work conditions just to earn more and please employers; as the behaved foreigners in certain host country societies.

Yet what is baffling is that the storylines of the Filipino migration saga are still perceived to be the same even in the age of social media. Filipinos abroad being lured by Philippine real property companies is so 2000s. The sending of boxes with souvenir items (called balikbayan boxes [balikbayan is “returning home” in Filipino]) is already a generation old. Some Filipinos abroad continue to display pity at their compatriots who are in less-skilled occupations in certain host countries, with pity masqueraded as empathy.

Filipinos’ overseas migration has already brought about socio-cultural, economic and institutional changes in Philippine society, sociologist and historian Filomeno Aguilar, Jr. writes in his anthology The Migration Revolution (2014). Class structures have been reconfigured. That is the current scene of the Filipino migration phenomenon.

Given the current era of a Philippine economy that’s in a demographic transition which runs side-by-side with overseas migration, what can be the new Philippine future beside the exodus? Can new stories about Filipinos abroad be told instead of sticking to usual tales?

Will Filipino food, for example, be mainstreamed in host societies and capture the imagination of nostalgic and curious foreign taste buds? Will there be more of a new breed of Filipino migrant entrepreneurs braving the riskier agricultural sector back home, while Filipino banks are averse in handing out credit to that sector?

With social media easily bridging transnational Filipino families, what kinds of family rearing tales have we not heard from those who endured parental separation and found successes? In some Filipino rural communities, kinship and community embeddedness mitigate the risks of migration’s family-level social costs. With Japan having a long history of Filipinas going there as entertainers in night clubs, and that migration pathway stopped over a decade ago, have the Japanese of today looked at Filipinos differently?

How many more Filipinos will become elected leaders in countries that realized these first elected migrant leaders, like the United States, New Zealand, Korea or Canada?

Have you heard of a full-blooded Australian being deeply affected by the ongoing Philippine war on drugs and helping resolve a Filipino relative’s drug-related woes? Or what about some Filipinas, already permanent residents and naturalized citizens in a destination country, dating with compatriot seafarers docking on some ports?

There can be a myriad of good and bad tales about the overseas Filipino. People aspire for more pleasant stories, especially since Filipinos are known for extending their personal boundaries and fits of empathy. Filipinos also aspire for less of the tear-jerking stories —from abused domestic workers to Filipino permanent residents who are duping compatriots on temporary work visas. With Filipinos abroad now an influential force for their motherland, and them being exposed to better systems abroad, how can gruesome migration tales be changed for the better?

The homeland and its institutions, especially the Philippine government, have their work cut out to fulfill ambitions of comfortable living for Filipinos. But so do Filipinos abroad: they can chart newer tales and tumble down ageing stereotypes of themselves. That will be through the love they usually show to their families, through better remittance management, through improved and sustained relations with locals in host countries, and through a renewed sense of Filipino citizenship even while they’re away.|

*Mr. Jeremaiah Opiniano is a doctoral student (geography) at The University of Adelaide in Australia. He also handles a nonprofit research group on migration and development issues in the Philippines: the Institute for Migration and Development Issues (IMDI). Correspondence: ofw_philanthropy@yahoo.com.

CoVid-19 outbreak and ECQ remind us that we are privileged

Resilience at its best