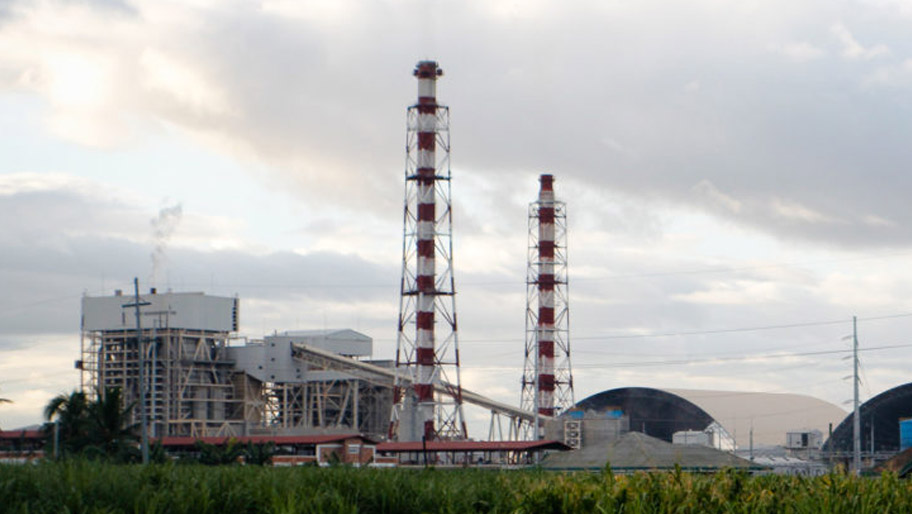 AS the climate crisis bites, the Asian Development Bank (ADB) has unveiled its ambitious plan to scrap funding for coal mining and power plants, and ban support for oil and natural gas field exploration or extraction activities in the Asia-Pacific region.

Under its draft Energy Policy released May 7, the Philippines-based bank said it decided to update its 2019 policy to align with the fundamental changes in the energy sector, the ongoing global energy transformation, and rising concerns over climate change. ADB said its old energy policy “is no longer adequately aligned with the global consensus on climate change, and the ongoing global transformation of the energy sector.”

“In this draft policy, we aimed to formally withdraw financing for new coal power generation,” ADB’s energy sector group chief, Yongping Zhai, told Mongabay Environews Philippines. “ADB will support countries to achieve a planned and rapid phaseout of coal while considering the impact on people and communities to ensure a just transition with no-one left behind.”

The bank, Zhai said, is currently consulting with shareholders and the public over the final version of the energy policy, which will be submitted for consideration to the ADB board of directors by October this year.

ADB has committed to deliver $80 billion in climate finance funds between 2019 and 2030 and will ensure that at least 75% of its projects will address climate change mitigation and adaptation by 2030, he said.

Coal consumption accounted for 43% of final energy use in industry in Asia and the Pacific in 2019, according to the draft energy policy. The projections of international agencies for carbon neutrality by the middle decades of this century include assumptions of: rapid transition of power systems to renewable energy; increased use of electricity in industry and transport; application of carbon capture, utilization and storage technologies at remaining coal and natural gas operations; shifting to the use of hydrogen and hydrogen-derived synthetic fuels; and using more sustainable alternative fuels and feedstock such as bioenergy.

Kerry was speaking at the “Raising the Bar on Climate Ambition: Road to COP 26” virtual session of the 54th annual meeting of the ADB board of governors, where he highlighted the climate goals of President Joe Biden’s administration. “The economic future is not in fossil fuels, not in coal but in renewable energy. And we need to move rapidly, ” Kerry said.

Various environmental groups have welcomed the exit from coal financing as a big step to hasten the transition to a low-carbon economy given the urgency of the climate crisis and in achieving the goals of the Paris Agreement, which calls for deep decarbonization to achieve climate stabilization.

Antonio La Viña, an environmental policy expert and executive director of the Manila Observatory, said ADB is on the right path in addressing issues on climate change and heading for a just energy transition.

“This is welcome news,” La Viña said. “Coal kills. Coal is expensive energy now compared to renewable energy sources. But as long as it [is] an option, old habits die hard and there are vested interests who want and will work for the status quo. All other multilateral and private banks, financial, and investment institutions should follow and quickly.”

Rayyan Hassan, executive director of the NGO Forum, echoed the call, saying ADB’s move represents a milestone for setting the tone towards just transition to renewable energy in Asia.

“The coal exit announcement comes very late from the ADB but at least we have an end to a draconian era of coal ash fall and destructive greenhouse gas emissions,” Hassan told Mongabay. “It is also a big signal for borrowing governments and other multilateral development banks that a 54-year-old ADB has ended coal in its portfolio.”

Hassan said ADB was the world’s largest funder of coal until 2012, including the “destructive” Masinloc coal project and the Visayas Base Load project, both in the Philippines. These projects, he said, have led to “terrible air pollution and coal ashfall-related health impacts on hundreds of families.” Similarly, he said, ADB funded the Tata Mundra coal project in India, which led to thousands of fisherfolk being displaced, loss of marine ecosystems, and severe air pollution.

“However, the current battlefield is gas and liquefied natural gas projects which ADB heavily finances and adds destructive methane to the atmosphere,” Hassan said. “To this end, the use of gas [as] a bridge fuel from coal towards solar and wind should [be] critically looked at and called out. This ‘bridge’ fuel approach should not be a never-ending bridge, where the region may celebrate an end to coal but still remain at risk on a fossil fuel pathway which derails us all from the 1.5° [Celsius] Paris goals.”

In the face of a worsening climate emergency, Yeb Saño, executive director of Greenpeace Southeast Asia, said ADB’s move is “extremely late,” adding that more than a decade has been lost that could have been spent taking serious climate action in Asia.

“What took you so long? And is this all you’ve got?” Saño said. “As we know, a coal-fired power plant built is a facility that will stand for 40-50 years. As such, ADB has been complicit to locking in dirty energy in Asia.”

Saño said another problematic aspect of ADB’s revised energy policy is that it only closes the door on coal, but keeps a wide window open for other types of fossil fuels such as gas.

“In a time when the climate crisis continues to escalate, any measure that curbs coal is a source of relief, and in relative terms a welcome consolation, but this is just too little, too late,” Saño said. “The ADB must also realize that as the world is to emerge from the pandemic, it must become a force for a green and just recovery.”

Saño added that ADB must demonstrate that it is serious about clean and renewable energy, and not just be content with antique solar panels sitting on the roof of its headquarters.

Gas is still in play

He said that Greenpeace was calling on ADB to phase out investment and support for all fossil fuels, including gas.

“ADB must not provide a loophole and opportunities for businesses to impede the transition to renewable energy by replacing coal with fossil gas,” he said in a statement. “We will continue to support communities and civil society organizations in calling for a rapid phaseout of coal and other fossil fuels in the country, which is a crucial step in attaining climate justice in the face of the climate emergency.”

“Flexible power which is not reliant on large baseload plants, and able to balance variable supply from renewable energy sources without compromising supply reliability, could have accelerated the demise of coal,” Maniego said, adding that “it is concerning that as the door is closed on coal, the door seems to have opened indefinitely for fossil gas.

“There is no bridge in the world without an end, and if the Bank will consider fossil gas as a bridge and transition fuel, it needs to stipulate an end,” he added. “ADB did cite green hydrogen from renewable energy sources, which could eventually replace natural gas. Policies toward this end need to be established with urgency.”

Gerry Arances, executive director of the Center for Energy, Ecology and Development (CEED), said the draft energy policy suggests an increased focus on financing gas projects in the region. He said communities across Asia, which are some of the most climate-vulnerable and paying some of the highest electricity rates in the world, need access to clean and affordable renewable energy. An increased reliance on fossil gas will just delay the necessary transition, at great cost to these communities, he said.

“We caution that continuing to support gas, as it declared it would, will only be a detour in the road to a thriving renewable energy sector in Asia,” Arances said. “We urge ADB to thoroughly consider its fossil gas policy in terms of a full alignment to the 1.5°C Paris goal. A concrete phaseout plan for gas should also be already in the works.”

ADB, he said, is setting a high climate leadership standard for other international banks in their stance on coal — but only if its pledge to abandon coal is translated into a clear road map for phasing out existing projects. ADB is responsible for the rise of a whole generation of coal-fired power plants in the Philippines and the rest of the region, and making sure the facilities it helped fund would soon see their last operating days should be its utmost goal, Arances said.

“Turning the 1,519.70 GW in Asia and 10.29 GW of coal operating in the Philippines today to zero will be no easy feat, and ADB must fully support just transition proceedings in its member countries to make sure it happens,” he said. “What it takes away from coal and more, we urge the bank to pour into renewable energy systems that will power the sustainable development Asia needs today.”

Rodne Galicha, executive director of the group Living Laudato Si Philippines, said the exit from coal must be followed by an end to “false solutions” financing that endangers ecosystem integrity and basic human rights.

“Countries in Asia have been most vulnerable to the effects of the climate crisis and we cannot accept that governments themselves, through the bank, are financing this crisis of all time,” Galicha said. “We challenge the bank to focus on how it can influence the just transition of existing fossil fuel-based financing to sustainable and renewable ones.

“Much assistance must be given to genuine nature-based solutions which is ecologically restorative and regenerative responsive to the challenges of the pandemic and beyond,” he added.

The exclusion of coal from the new investment policy further affirms that coal is not only bad for the environment and our climate, it is also a bad investment because of the growing risk of coal infrastructure becoming stranded assets. Investors have already caught on to the fact that coal can no longer be the least-cost option for baseload demand, even before factors such as public health impacts and environmental damage are priced in.

“It is imperative that support for all types of fossil fuels, not just coal, must end,” Baclagon said in a statement. “To align with what ADB calls the global consensus on climate change, there must be a swift and early phaseout of existing fossil fuels projects with an accelerated and just transition to a clean, renewable and community-centered energy system.”| First published at https://news.mongabay.com/ Republished with permission from the author