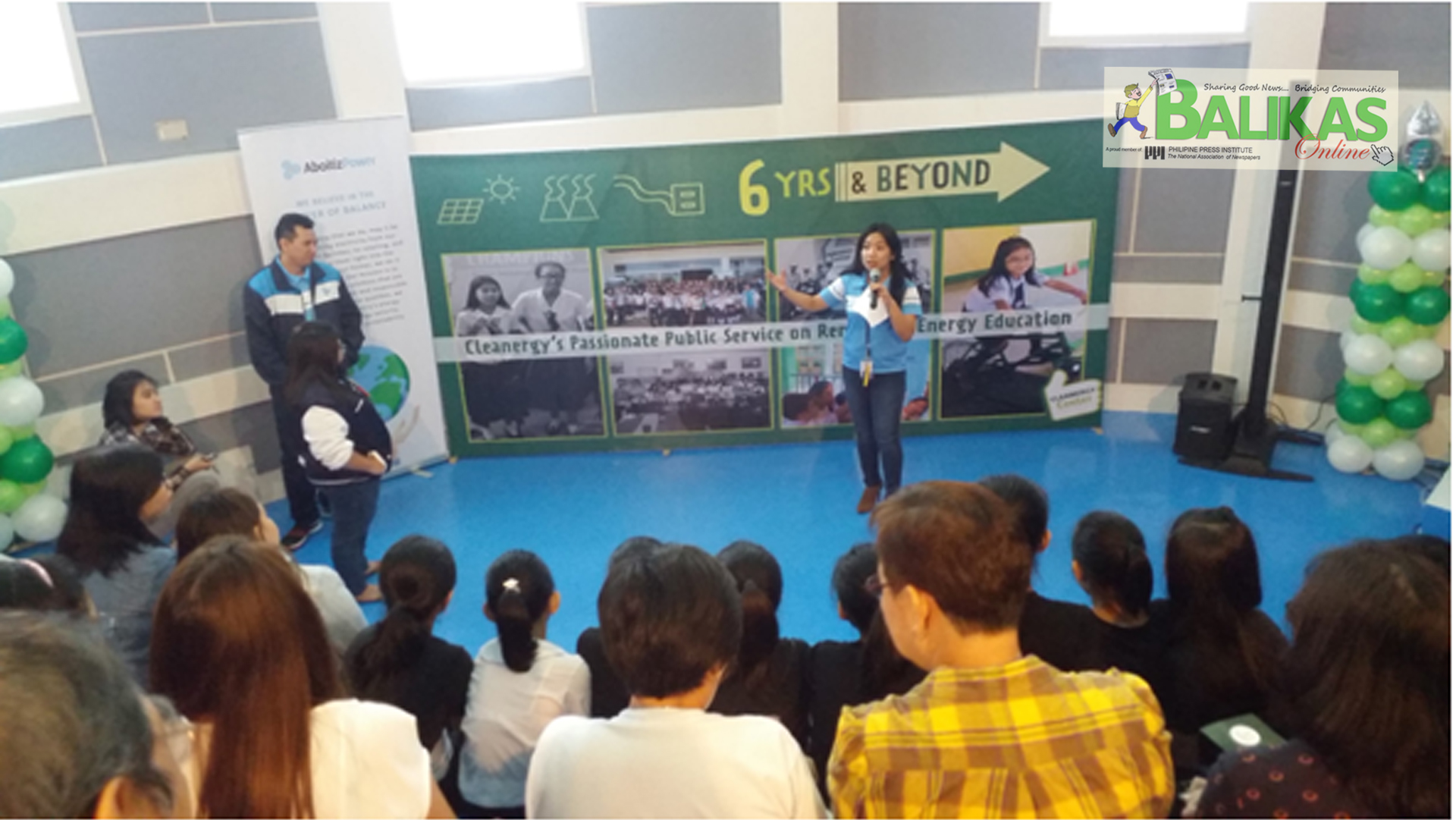 The event with the theme “To Six Years and Beyond: Cleanergy’s Passionate Public Service on Renewable Energy Education”, was opened by Januario M. Maralit, Vice President for APRI Geothermal MakBan Facilities.

Maralit said, “We’re celebrating not only our 6th Year Anniversary but also the previous successful years we had at the Cleanergy Center. Because of the record number of visitors we had in our Cleanergy Center, you made us realize the yearning of our audience, especially in the academe to learn more about renewable energy. With that, we developed the Padyak-Kaalaman sa Eskwelahan – an interactive IEC roadshow in the public schools in Laguna and Batangas about renewable energy.”

Aside from the roadshow, Maralit also shared the successful implementation of the K-12 immersion program for tourism students in partnership with the Department of Education. To date, the program has already produced a total of 23 trained Cleanergy Youth Ambassadors since 2017.

In the past years, the Clenergy Center conducted several competitions that nurtured the creativity of its audience in the academe, in support of renewable energy.  Local schools were challenged to participate in competitions such as the exhibit creation and poster making contest (2016), video making and jingle contest (2017), and recently the photo and speech choir competition (2019).

The celebration of the Cleanergy Center’s anniversary is a testament to AboitizPower’s commitment to promoting clean and renewable energy in the country.

The Cleanergy Center is a free science-based educational facility located in Brgy. Limao, Calauan, Laguna.  Since its opening in 2013, more than 55,000 local and international visitors have visited the facility. To learn more about renewable energy, you may visit us at www.facebook.com/cleanergycenter.|-BALIKAS News Network