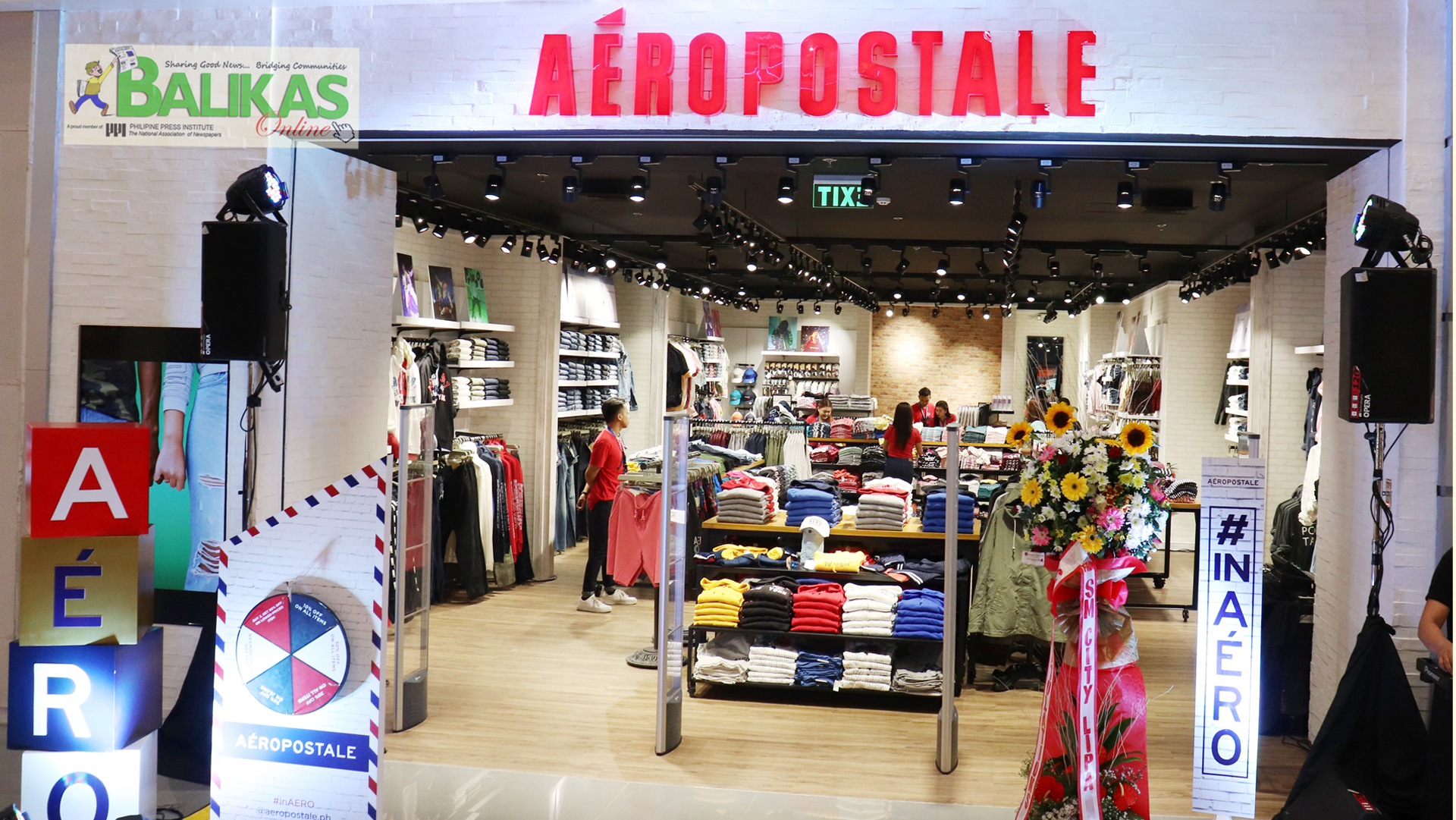 THE cool breeze of the Yuletide Season and relatively cold weather in Lipa and suburbs calls for everyone to look for some apparels that suits them.

With 21 fits & 94 washes to choose from, there’s a pair of Aero jeans for everyone on your list. Cozy sweaters, Turkey Day denim—designed with stretch, novelty shirts, pants and jackets – everything you need has just come closer to you!

Aeropostale, the American shopping mall-based specialty retailer of casual apparel and accessories that is casually known as Aero has just opened shop at SM City.

Unlike other brands, Aéropostale maintains control over its proprietary brands by designing, sourcing, marketing and selling all of its own merchandise. The company operates Aéropostale stores in the United States and Puerto Rico and the e-commerce site aeropostale.com. Aéropostale’s licensees operate Aéropostale and P.S. from Aéropostale locations in the Middle East, Asia, Europe, and Latin America. The first Aéropostale stores were opened in 1987 by R H Macy & Co. in Thousand Oaks, California; and Short Hills, New Jersey.

Aéropostale shop at SM City Lipa is their third concept store in the SM Supermalls since its first opening in SM North Edsa followed by SM City Bacoor.

From now on, Lipa and the rest of the Calabarzon can now enjoy top quality trendy clothing from this international brand even wasting much of their time in daily traffic woes of the metropolis.|- BALIKAS News Network