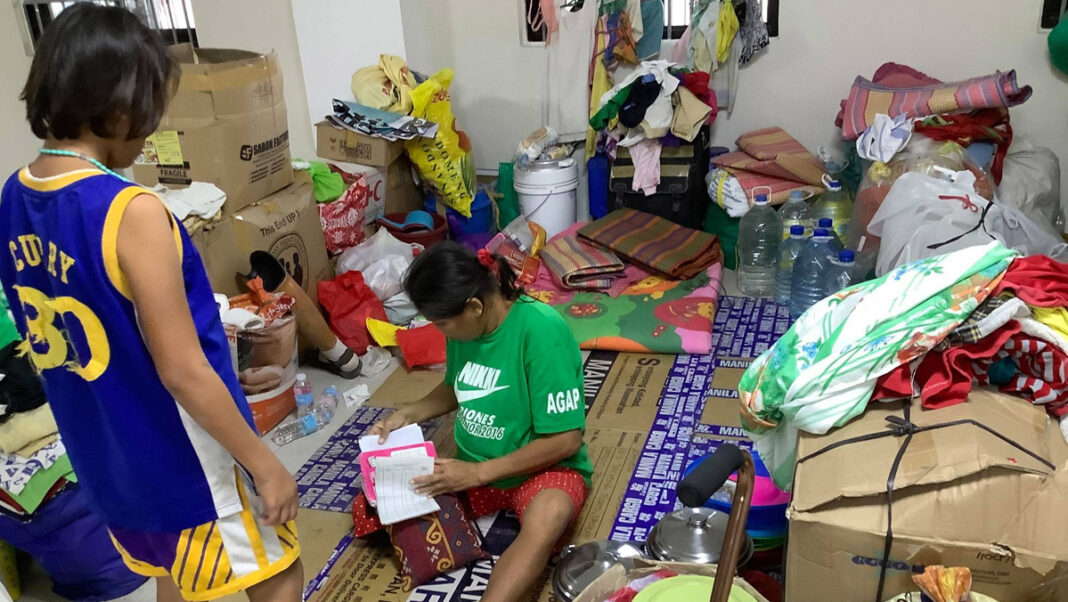 LAUREL, Batangas – RESIDENTS affected by the eruptions of Taal Volcano learned their lesson from the past eruptions, reason why most of them have volunteered to evacuate starting Thursday afternoon even without the prodding of concerned government agencies.

Constant reminders from government agencies, particularly the Philippine Institute of Volcanology and Seismology (Phivolcs) at the time that the volcano is on Alert level 2 helped a lot for people to consider preemptive evacuation by themselves.

The Provincial Disaster and Risk Reduction Management Council (PDRRMC) reported that some 1,570 families were evacuated from the five barangays of Agoncillo and Laurel towns which are within the 7-kilometer permanent danger zone from the main crater lake of the volcano.

Ma. Antonia Bornas, chief of the Volcano Monitoring and Eruption Prediction Division of Phivolcs affirmed that the agency has strongly recommend the immediate preemptive evacuation of residents of barangays Banyaga and Bilibinwang in the town of Agoncillo, and of barangay Gulod, Boso-boso, and lakeshore portion of Bugaan East in the town of Laurel following the short-lived phreatomagmatic eruption occurred at Main Crater at around 3:165 in the afternoon Thursday.

Said eruption generated a dark grayish plume that rose 1000 meters which was followed by four (4) short phreatomagmatic bursts that occurred at 6:26 PM, 7:21PM, 7:41PM and 8:20 PM that lasted not longer than two (2) minutes each and produced short jetted plumes that rose 200 meters above the Main Crater Lake.

This caused the Phivolcs to elevate the alert level of Taal Volcano from Alert Level 2 (increasing unrest) to Alert Level 3 (Magmatic activity).

After this, Governor Hermilando I. Mandanas immediately instructed PDRRMO chief Lito castro to dispatch rescue vehicles to Laurel and Agoncillo. Responding contingents from the Maritime Police, Philippine Coast Guard and Bureau of Fire Protection, however, immediately dispatched their teams to the lakeshore communities.

Mayor Joan Amo of Laurel assured her affected constituents that the municipal government of Laurel have already prepared relief goods and food provision for several days, but if the situation will worsen for more than a week, they will ask for assistance of both the provincial and the national government.

“We are also developing a tent city for our affected residents to assure them of enough space and that physical distancing and other minimum health protocols are being observed even during evacuation,” Mayor Amo said.|-BNN