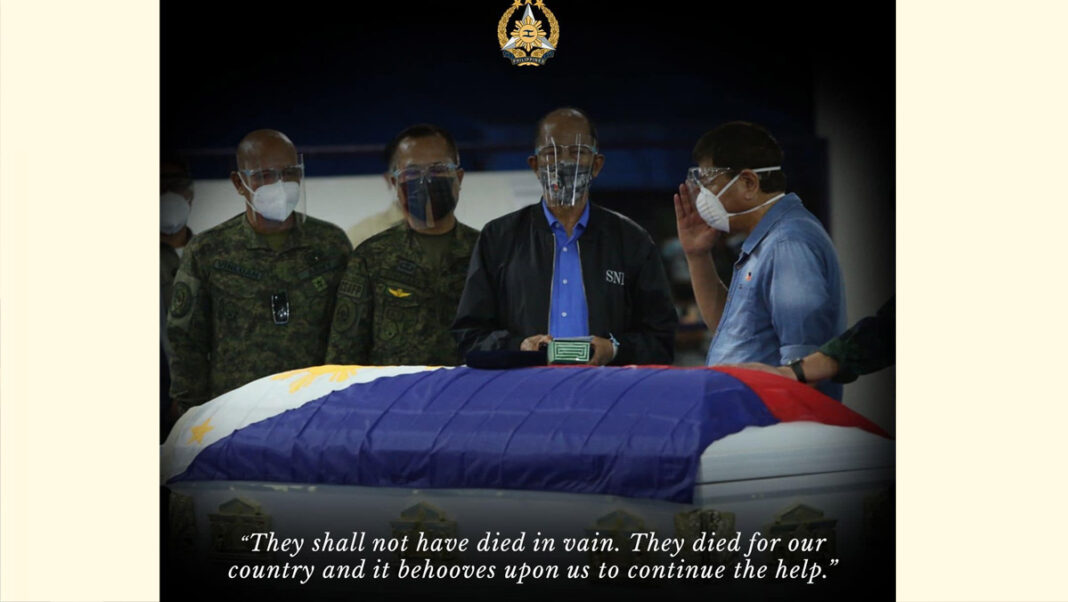 CAMP AGUINALDO, Quezon City – THE Armed Forces of the Philippines (AFP) on Wednesday positively identified 19 of the 49 military personnel who died in the ill-fated C-130 plane crash three days ago in Sulu.

“They shall not have died in vain. They died for our country and it behooves upon us to continue the help,” President Rodrigo Duterte said in paying respect to the victims as he visited them, Monday.|-BNN with reports from the AFP