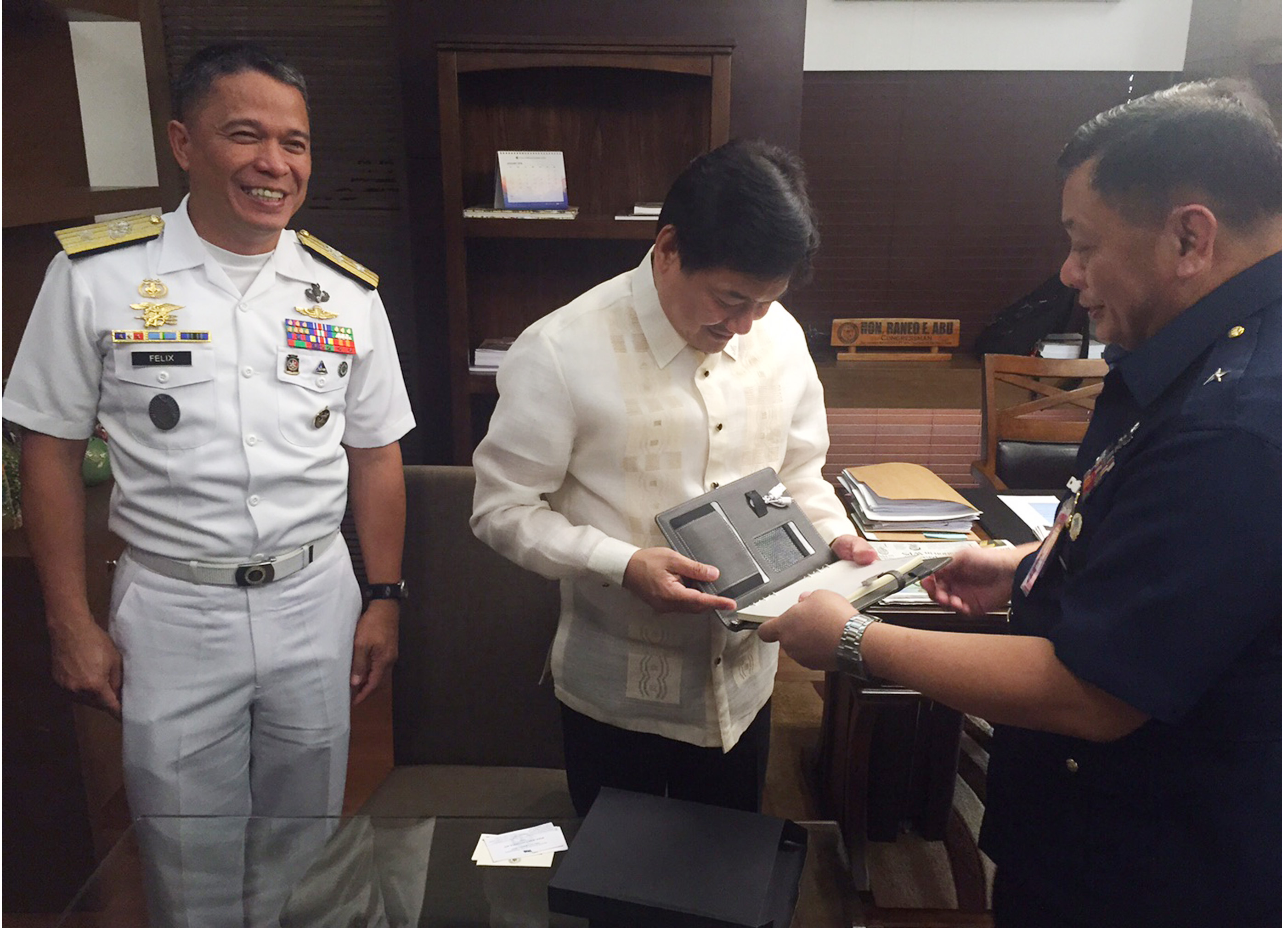 THE Armed Forces of the Philippines has acknowleged the effort of the Lower House to reinstitute the Reserved Officer Training Course (ROTC) among the Filipino youth.

Just recently, Deputy Speaker and Batangas Congressman Raneo Abu received a token from BGen Jess Estoesta and Commodore Samuel Felix which signifies the appreciation of the Armed Forces of the Philippines for authoring House Bill 5113 “AN ACT AMENDING REPUBLIC ACT NO. 7077 MANDATING THE INSTITUTIONALIZATION, DEVELOPMENT, TRAINING, ORGANIZATION AND ADMINISTRATION OF BASIC RESERVE OFFICERS TRAINING CORPS (ROTC) IN GRADES 11 AND 12 IN PUBLIC AND PRIVATE EDUCATIONAL INSTITUTIONS, AND FOR OTHER PURPOSES”.

According to Deputy Speaker Abu, the revival of the mandatory ROTC is a challenging endeavor not only for the AFP but for the whole country as well. Abu adds that in the current volatile, uncertain, complex and ambiguous security environment that the country is facing both in the regional and global perspective, it is imperative that the youth have to be trained so that when the need arises, they shall be ready to respond for whatever contingency.

The bill is currently being heard at the Committee on Basic Education. They are joined by Col. Rolando Rodil, Capt. Gerralline Pasia and Tito Aguirre.|PMA / #BALIKAS_News