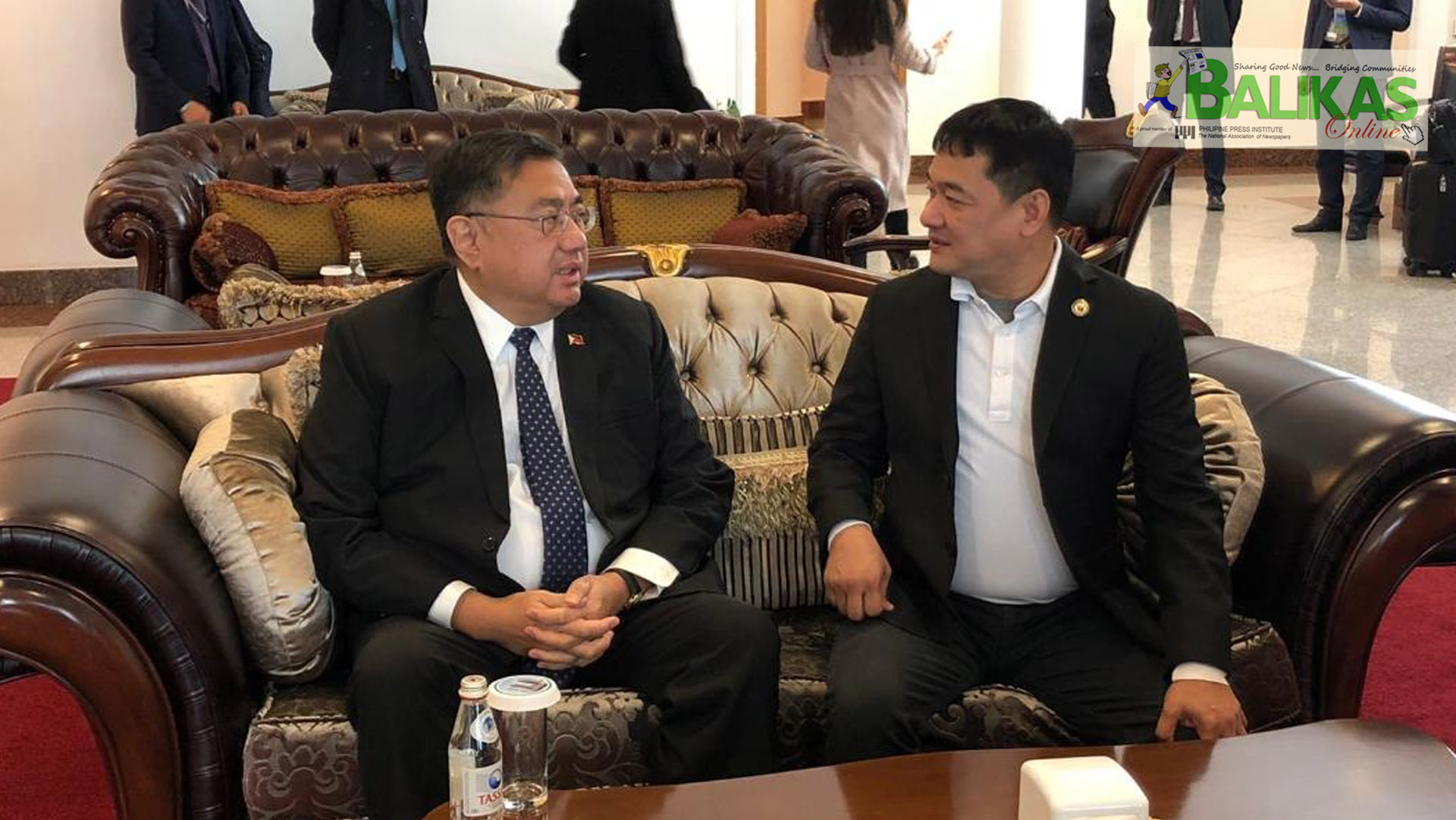 DEPUTY Speaker Raneo Abu attends the 4th Meeting of the Speakers of Eurasian Countries’ Parliaments, in Nur Sultan, Kazakhstan from September 23 to 24, 2019, with the theme “Greater Eurasia: Dialogue, Trust, Partnership.”

In his principal statement, Deputy Speaker Abu said he is most honored to lead the Philippine Delegation to the meeting and on behalf of Speaker Cayetano, conveyed the House of Representatives’ heartfelt appreciation to the Parliament of Kazakstan for the warm welcome and hospitality accorded to their delegation. He said the Philippines manifests its unwavering commitment to support the strengthening of relationships and friendship among the states of the Eurasian region.

“A greater Eurasian region is a critical nexus in bridging and connecting the cultural, socio-economic and political divide between European nations and Asian countries,” Deputy Speaker Abu said.

Deputy Speaker Abu is received & assisted by Philippine Ambassador to the Russian Federation Carlos D. Sorreta in the said event.

Kazakhstan hosts such a high-level parliamentary event for the first time.

The 1st MSEAP on «Inter-Parliamentary Cooperation for Joint Prosperity of Eurasian Countries in the 21st Century» was held in Moscow in 2016. The 2nd MSEAP was hosted by Seoul in 2017.

The theme of the event was «Promotion of Inter-parliamentary Cooperation for Common Prosperity in the Eurasian Region.» The 3rd MSEAP on «Economic Cooperation, Environment and Sustainable Development in Eurasia» was held in Antalya in 2018.|PMA