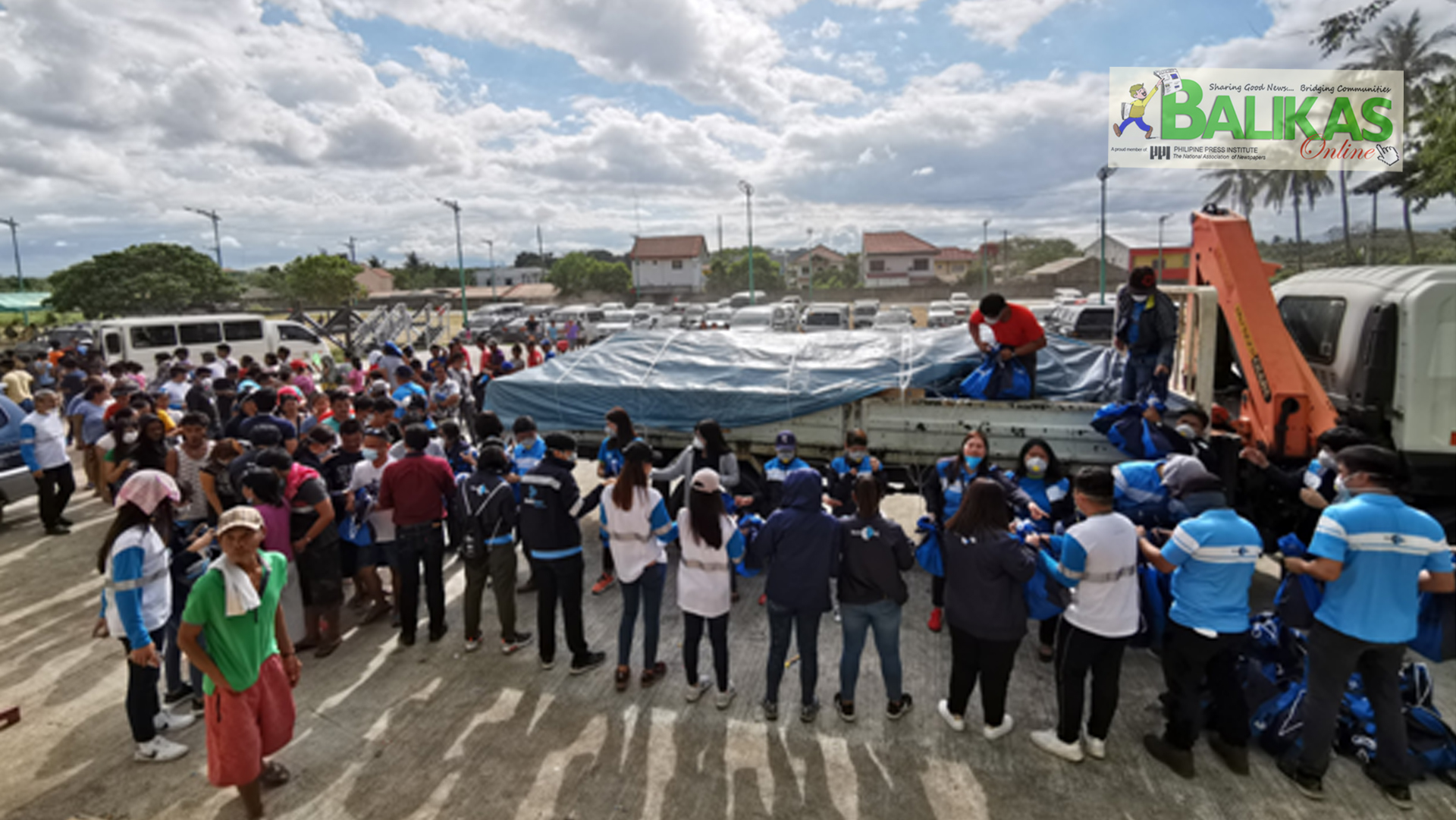 CITY OF STO. TOMAS, Batangas — Thousands of families evacuated after the Taal volcano erupted last January 12, Sto. Tomas City being one of the safer places in the province of Batangas immediately provided shelter to its fellow Batanguenos.

On January 14, Tuesday, APRI immediately distributed N95 face masks to its host barangays to help mitigate respiratory-related illness that can be caused by the ashes spewed by the Taal volcano. N95 mask is a special kind of respirator that filters at least 95% of airborne particles. On the same day, APRI also turned over food ration to one of the evacua-tion centers near its power plant operations.

On January 15, Wednes-day, APRI secured a budget for 1,369 relief packs that contained canned goods, cup noodles, face masks, and hygiene kits. Over 50 employees and security volunteers helped with the packing of the relief packs.

The relief packs prepared by APRI were then distri-buted to the City Evacuation Center and PUP Sto. Tomas Gymnasium last January 17, Friday, with the help of its employees and other volunteers from Pilmico.

APRI reached over 5,300 evacuees in Sto. Tomas City. This is part of the initial target of over 11,000 evacuees in several evacuation sites in the Batangas Province through the Aboitiz Foundation, Inc. (AFI) and other Aboitiz business units.

Elmer Centeno, DRRM Head of Sto. Tomas City said, “The evacuees just continue to grow almost by the thousand daily. But we can’t turn them away, that would be inhuman. We are thankful that there are many kind-hearted people and organiza-tions who continuously donate to help sustain the daily needs of the evacuees.”

“We take safety seriously and consider it the responsi-bility of all our employees. This also reflects on how we respond to the need of our host communities in times of calamities like this,” Sebastian added.

On top of the initial assistance extended in the first week after the eruption, APRI also staged a call for donation drive among its employees for another wave of relief operations in the coming days.

Meanwhile, to those who would like to help the affected families by this recent calamity, the Aboitiz Foundation has set up an online donation campaign through the KINDer by Aboitiz. To donate, just go to this site KINDer.aboitiz.com.

“The Aboitiz Group is one with Batangas in this time of urgent need. We sincerely hope our assistance will directly help our Batangueño brothers and sisters as they face this challenge with courage and hope,” said Maribeth L. Marasigan, AFI President and Chief Operating Officer.

Batangas, Cavite, Lagu-na, and some parts of NCR and Central Luzon experienced ashfall brought by the phreatic eruption to Taal volcano. Local government units in the province of Batangas, private and non-government organizations, individuals, and even several groups outside CALABAR-ZON have been in unity to help every evacuee surpass this calamity.| – BALIKAS News Network