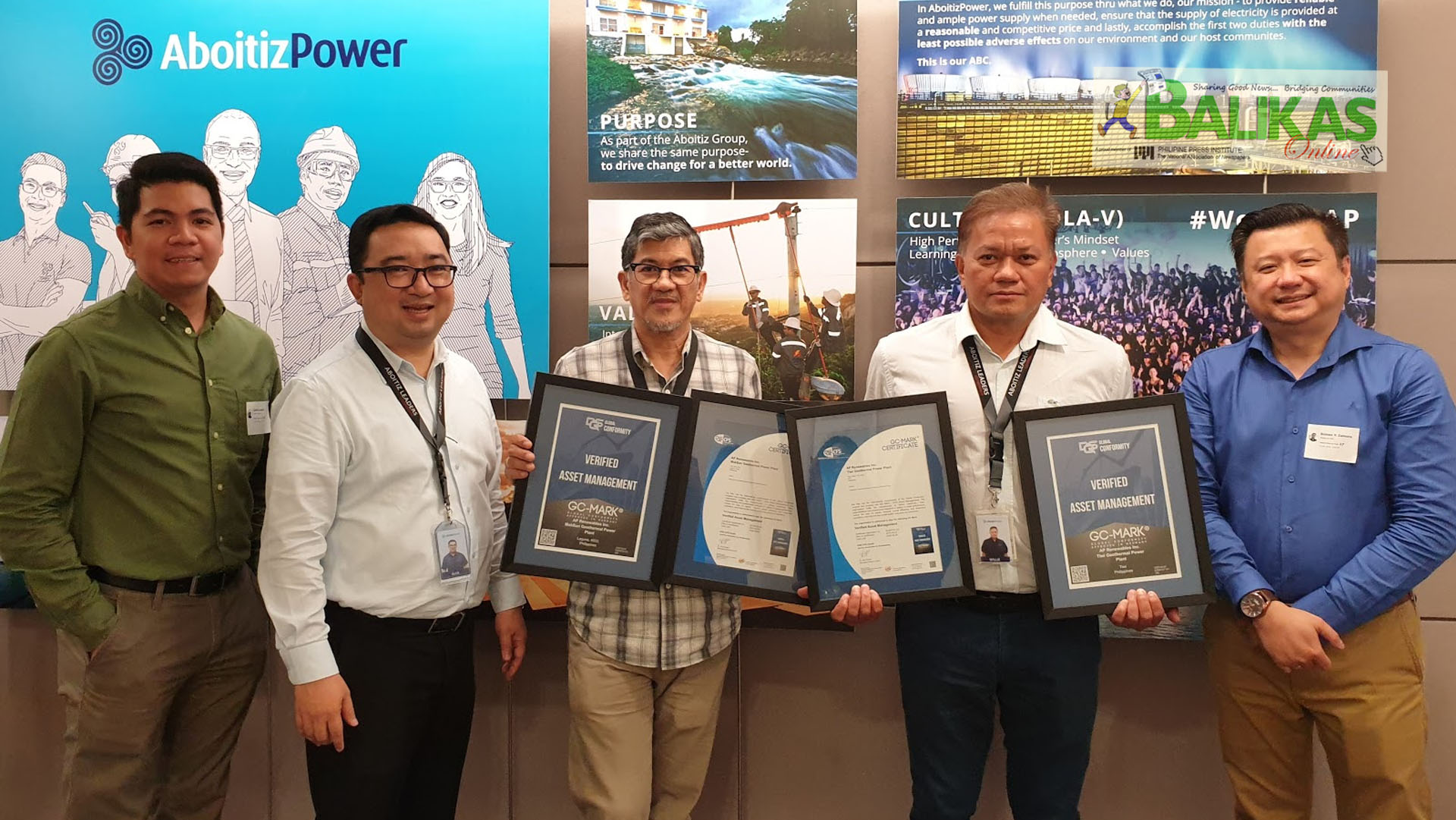 The certification, which was recently conducted by DQS Certification Philippines Inc, covered both of Tiwi-MakBan geothermal power plants in Albay and on the border of Laguna and Batangas provinces.

APRI president and COO Alexander Coo said the certification is a reflection of the company’s continuous efforts to optimize the lifecycle of its electricity generating assets.

“The Asset Management System ensures that we are able to balance costs, opportunities, and risks related to our assets to achieve our organizational objectives,” Coo added.

During the awarding of the certificates last June 10, DQS Philippines Managing Director Romeo Zamora revealed a secret behind APRI’s success and gave kudos to APRI employees for this feat. He shared, “…kung hindi dahil sa inyo, hindi magma-materialize ang certification (…if not because of the teamwork and support of all the employees of APRI, the certification could have not materialized).”

APRI is one of the leading producers of clean and renewable energy in the Philippines, generating baseload power from its geothermal facilities.|#BALIKAS_News