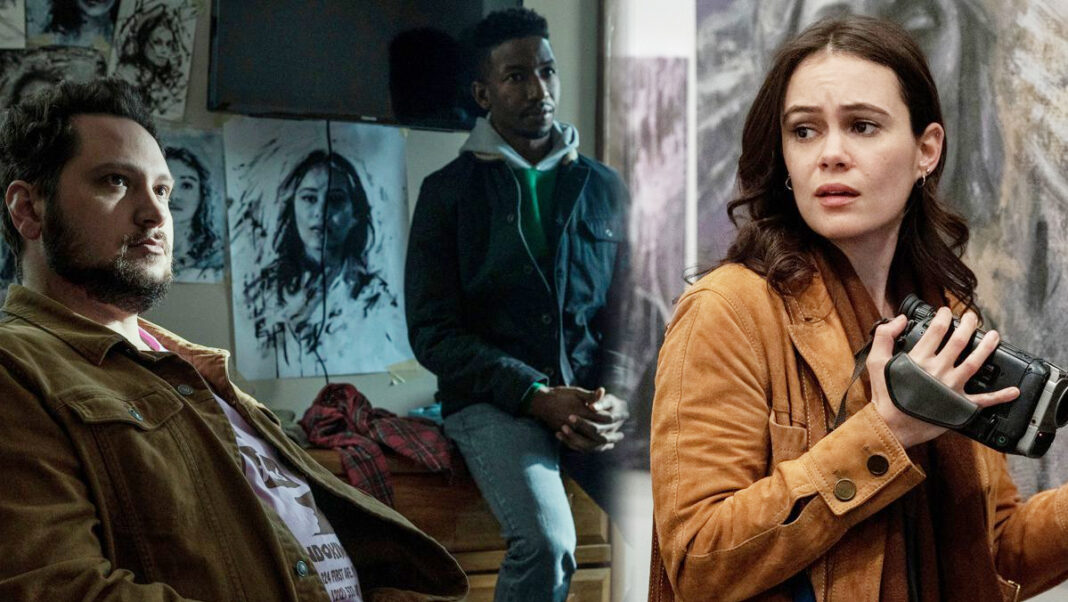 Archive 81 is a new supernatural thriller about an archivist who makes a terrible discovery while restoring a collection of videotapes.

The official Netflix synopsis for Archive 81 says the series “follows archivist Dan Turner, who takes a job restoring a collection of damaged videotapes from 1994. Reconstructing the work of a documentary filmmaker named Melody Pendras, he is drawn into her investigation of a dangerous cult at the Visser apartment building.”

“As the season unfolds across these two timelines, Dan slowly finds himself obsessed with uncovering what happened to Melody. When the two characters form a mysterious connection, Dan becomes convinced he can save her from the terrifying end she met 25 years ago.”

Who is in the cast of Archive 81? Mamoudou Athie stars as archivist Dan Turner. You might recognise Athie from his roles in films such as The Front Runner, Unicorn Store, or The Circle, or from his lead role in television series Sorry For Your Loss. He can next be seen in Jurassic World: Dominion.

The rest of the cast includes Martin Donovan (Tenet) as Virgil, Matt McGorry (Orange is the New Black) as Mark, Julia Chan (Saving Hope) as Anabelle, Evan Jonigkeit (X-Men: Days of Future Past) as Samuel, and Ariana Neal (Hidden Figures) as Jess.
Rebecca Sonnenshine (The Vampire Diaries) is acting as writer and showrunner, with Rebecca Thomas (Stranger Things) as director.

Where can I see the trailer for Archive 81? You can see the trailer right here – it shows archivist Dan first being shown the collection of tapes, all that remains of the Visser apartment building…