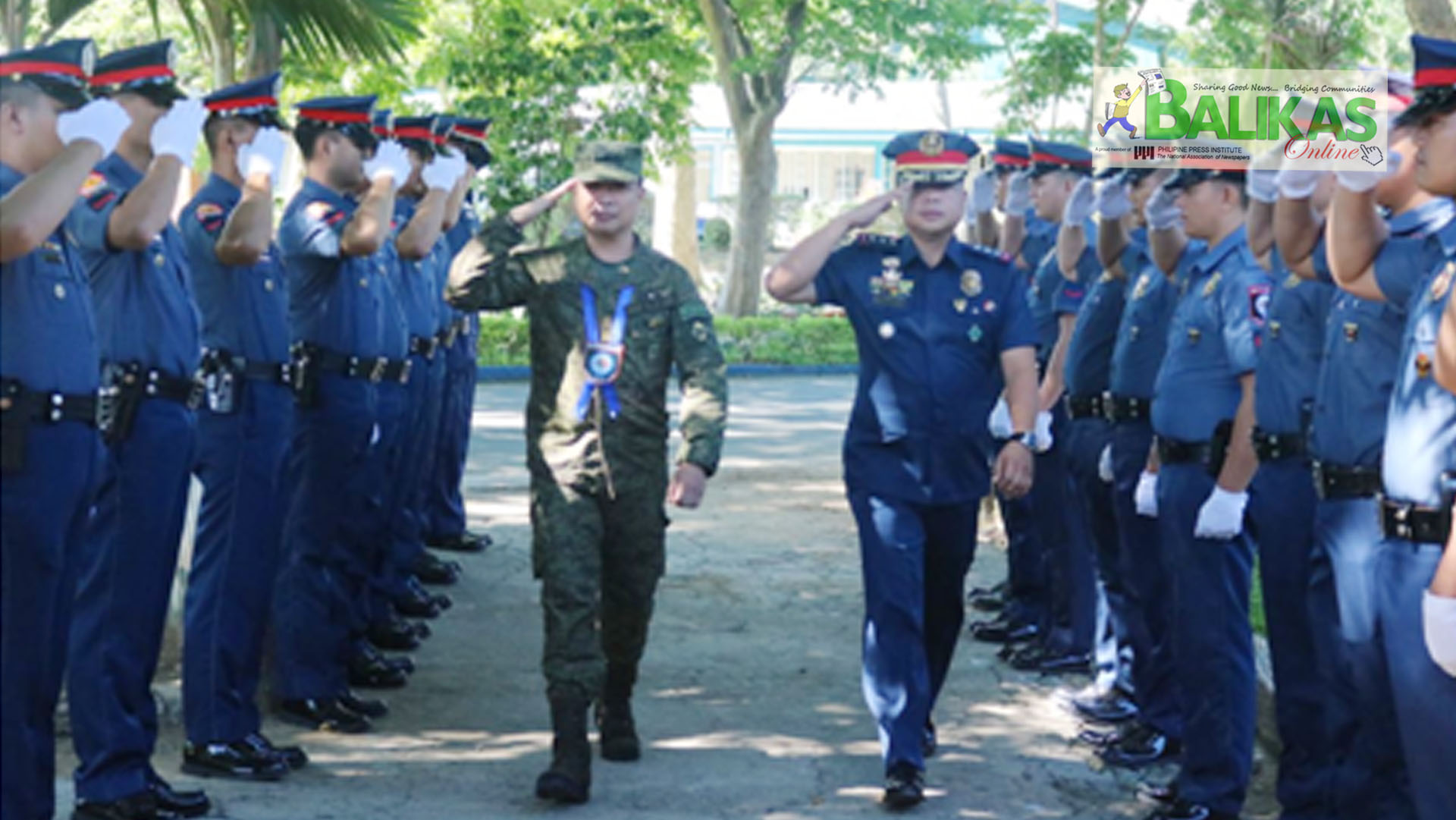 GIVING due recognition for meritorious and invaluable contributions as partners and counterparts of the 202nd Infantry Unifier Brigade, Philippine Army in ensuring peace, development, and security in the Province of Batangas, BGen Arnulfo Marcelo B. Burgos, Jr., AFP, Commander, facilitates pinning of Military Merit Medal to personnel of Batangas Provincial Police Office headed by PCol Edwin A. Quilates, Provincial Director, whose efforts significantly contributed to the accomplishment of the Brigade’s mission during the Command Visit at Camp Gen Miguel C Malvar, Batangas City, June 4.

Said medal is pursuant to General Orders Number 105 dated May 18, 2019, the following Batangas PPO personnel – PCol. Edwin A. Quilates, PLtCol Rodolfo R. Ama, PMaj Marcelina F. Peralta, PCpt. Kermin Amor Cabrales, and PCpt Edgar F. Fabregas — with high sense of responsibility and dedication to duty, have carried out their various tasks with professionalism and sense of urgency which hastened the validation of pertinent documents as required by JLD3 during the Dismantling of Guerilla Front “Honda” of SRMA 4C.

Such synergy and synchronization of actions resulted to the security forces’ ability to comply and meet the parameters set forth in dismantling an NPA front thereby paving the way for the timely submission of reports which was subsequently validated by higher headquarters.

The fact that the recommendation for dismantling of GF Honda was upheld by the National JAPIC is a manifestation of the AFP and PNP’s successful partnership in defeating insurgency in the provinces of Batangas and Cavite and highlights the units’ culture of excellence considering that GF Honda is just one of the only five enemy fronts dismantled across the country after the 2018 campaign. Through their unwavering dedication to duties which greatly contributed to the attainment of the brigade’s mission thereby sustaining internal stability in this part of the country.

The dismantling of said guerilla front showcases the government security sector’s genuine intentions of sustaining peace and development in the provinces of Batangas and Cavite particularly in the geographically isolated and disadvantaged areas of the region.

On the other hand, the Unifier Soldier was presented to PCol Quilates, for the genuine friendship and iron-clad partnership which immensely contributed to the overall accomplishment of the 202nd Infantry Unifier Brigade’s mission as vanguard of the national government’s southern frontier.

This Unifier Soldier serves as the Philippine government’s vanguard of its southern frontier personifies the Army Soldier’s core values of Honor, Patriotism, and Duty. It represents the promotion of unity among the people of CALABARZON in attaining the Filipino nation’s aspirations of peace and prosperity.

“We, personnel of the Batangas PPO,are grateful for this recognition because it manifests that our police work is valued by our partners whose mission is also serving the Filipino people. With this, our satisfaction and productivity rises, and we will remain motivated to maintain and or further improve our performance as well as our partnership in ensuring peace, development, and security”.|Joenald Medina Rayos