‘Ate Vi’, to take a break from politics 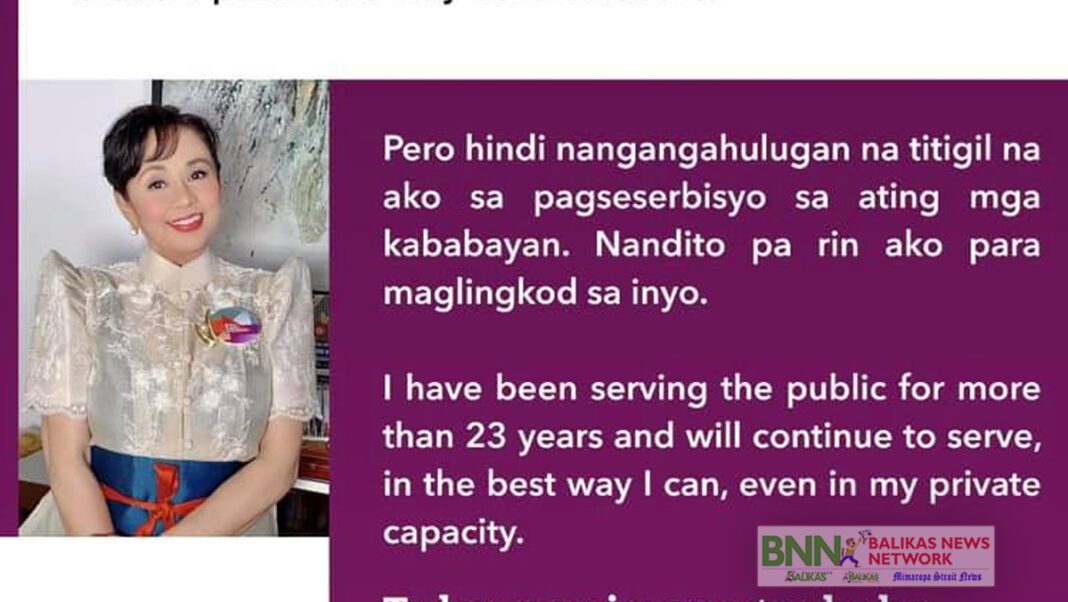 LIPA City – Incumbent Representative Vilma Santos-Recto will soon take a break from politics after she completes her second term as Congresswoman of the Lone District of Lipa City (Batangas’ 6th District).

In her official message posted in her official social media page on Friday, October 8, the lady solon bared her decision of taking a break after more two decades in government service.

“After careful consideration of the present situation, especially the limitations in conducting a campaign during a pandemic, I have decided not to seek any elective post in the May 2022 elections,” she said.

“I have been servicing the public for more than 23 years and will continue to serve in the best way I can, even in my private capacity. Tuloy pa rin ang trabaho at serbisyo!,” she further said.

But she was very appreciative of the public support for her smooth-sailing political career booth in local and the national scene.

The actress-turn-politician started her political career in 1998 when she was elected mayor of Lipa City of which she held for three consecutive terms until 2004.

In 2004, she run and was elected provincial governor of Batangas, and was reelected for another two consecutive terms, until 2013. She has the distinction of being the first woman to be elected governor of the province of Batangas.

Meanwhile, in 2013, she was elected as the first congresswoman of the newly created Lone District of Lipa City, and was reelected in 2016.

Last July 27, 2021, Senator Ralph Recto said that he and his wife were considering switching post come May 9, 20222 National and Local Elections, and it will be finalized in about two-months. Senator Recto, however’ filed his COC and is running unopposed as the next Congressman of Lipa City.| – BNN