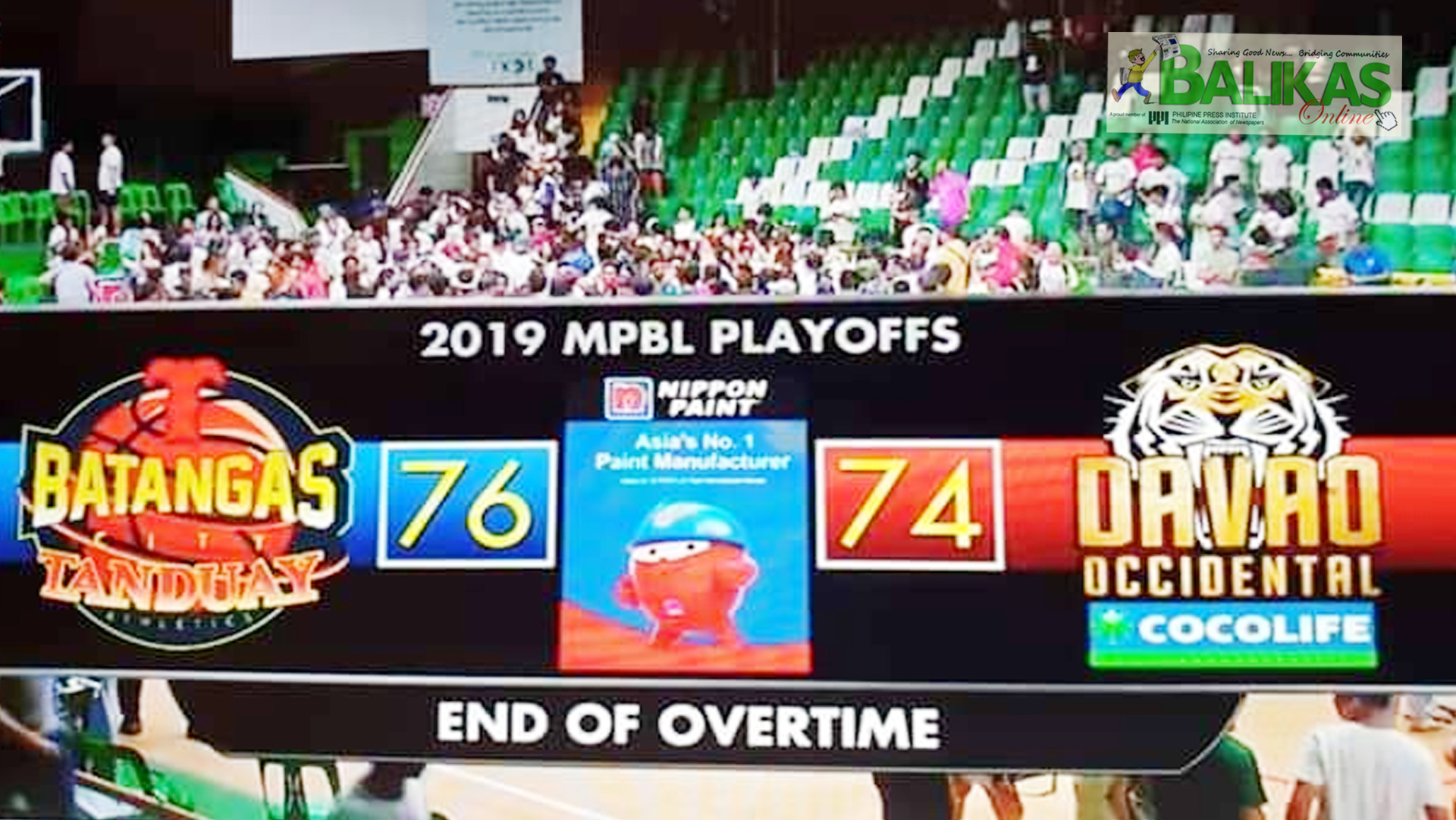 LIPA City – THE Mindanaons wished that they could steal again the win against Batangueños in the MBPL South Division Finals at the De la Salle Sentrum here, Saturday night. But their players missed the game.

After winning the first in Best of 3 playoffs, Davao Occidental Tigers believed that it would be an easy road to the finals with Batangas Athletics being defeated in Game 1. But lapses in the endgame last Saturday allowed Batangas City to escape with the win and face them again tonight.

At 7:00 o’clock in the evening, the duel will spark again at at the Almendras Gym in Davao City while San Juan and Manila of North Division will clash in the other game at 9 p.m. to be held on a separate venue at the Filoil Flying V Centre.

Banking on the so called homecourt advantage, the Davao Occidental Tigers will do their very best to inch Batangas Atheletics and make it to the Finals.

For Coach Don Dulay of the Tigers, defense will play a key role in this game being considered as possession game.

But Athletics Asst. Team manager Gilbert Alea his team will do its best to defend the crown. “Don’t even underestimate the heart of the Champions,” Alea posted in his social media account.

Batangas sealed the game at 76-74 in overtime in that deciding Game 2 in Lipa City.|Joenald Medina Rayos