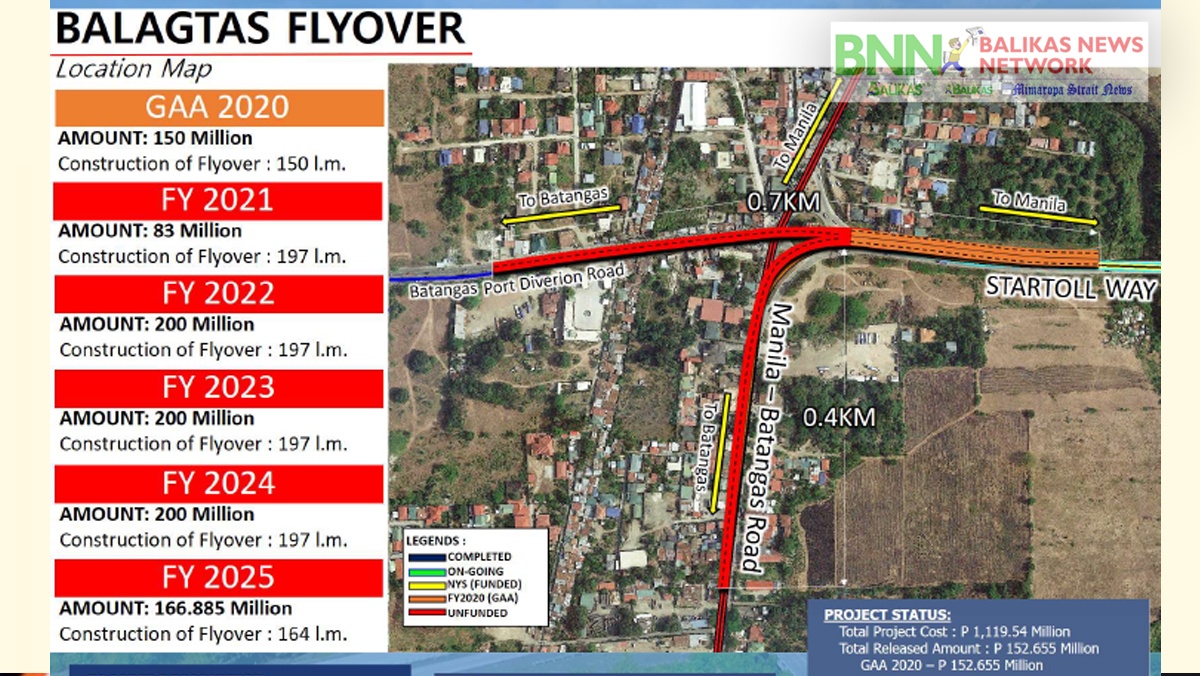 BOTH motorists and commuters plying the Balagtas junction route in Batangas City will have to experience another five or six long years of heavy traffic on rush hours as the Department of Public Works and Highways commences the construction of a flyover in the area.

In a budget consultation with civil society organizations last Tuesday, District Engineer Sonia Paglicauan, chief of the 2nd District Engineering Office (DEO-2) said that while the construction may mean more challenges and need more patience when passing through the junction, there is no other way but to bear it as the construction of the flyover is only solution to the worsening traffic situation in the area.

“This project has gone through many consultations and studies, and we are very thankful to our higher leaders for the release of needed budget that we are to commence the construction now,” Paglicauan added.

The whole stretch of the flyover will have a span of 1.10 kilometers and consists four (4) lanes along Startoll way area, or just after exiting the tollway road up to the intersection, then split into two-lane each – one towards the Batangas Port Diversion Road and another towards Manila-Batangas Road leading to Batangas City area.

This project will help reduce travel time and decongest the flow of traffic along Manila-Batangas Road (from Balagtas Barangay Hall area) to Balagtas-Soro-soro boundary) and the Star Tollway-Batangas Port Diversion Road interchanging at the present rotunda.

DPWH said the flyover will relieve the discomfort of thousands of motorists and travelling public by reducing time and providing them the best value for their money that are commonly wasted in long ques either when exiting from or entering the Star Tollway, or by using the old highway.

Considered as on top of high impact projects of the department in the district, the flyover will have a total project cost of P1,119.54 Million with an initial allocated budget of P150 million in the General Appropriation Act (GAA) 2020.