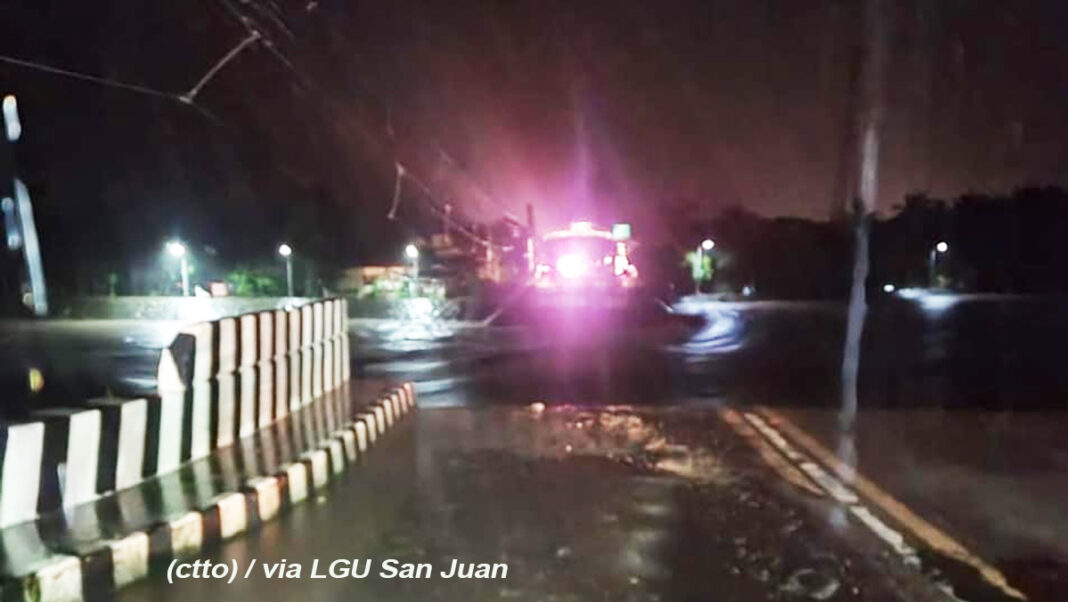 Residents near the bridge said that the whole span of the bridge fell down the river after floodwaters loosened the base of the piers in both sides holding the bridge.

The 30-meter bridge is made of concrete and metal and is the main bridge component of the Batangas-Quezon National Highway, thereby connecting Barangay Bantillan in Sariaya, Quezon and Barangay Tipas in Batangas province.

With the collapse of the Bantillan Bridge, motorists and traders affected are advised to take alternate route like the Marcial C. Punzalan, Jr. Highway connecting San Juan (batangas) and Tiaong (Quezon), the Padre Garcia-San Antonio Road, or the Pan Philippine National Highway via City of Sto. Tomas.

As the residents along the banks of the Bantillan River fear for their safety, the personnel of the local Disaster and Risk Reduction Management Office (DRRMO) are embarking on the possible evacuation of the residents to a safer place.|-BNN/jmr