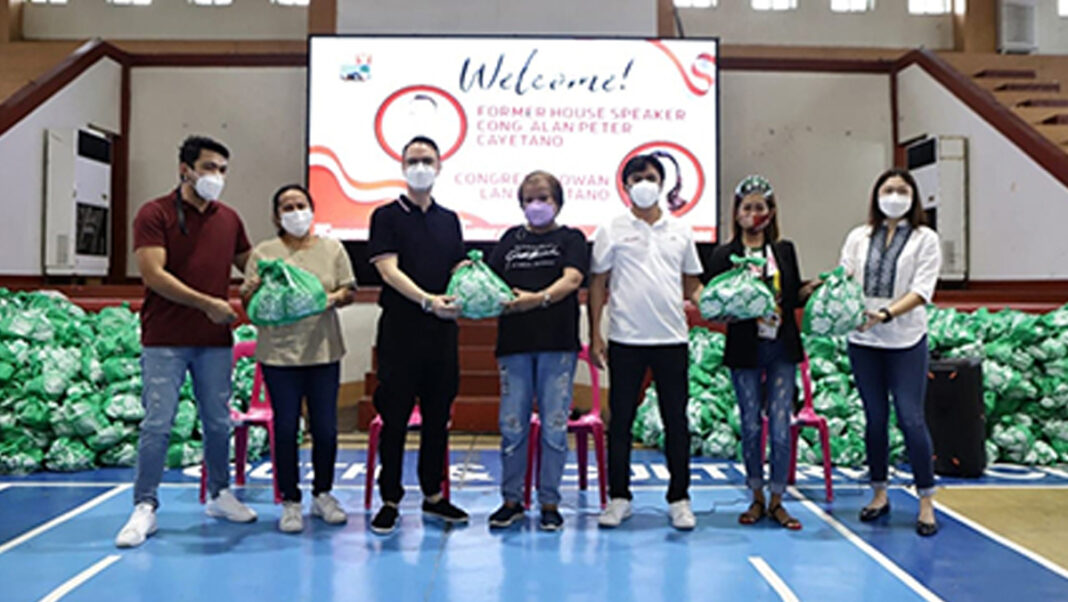 Local officials in Batangas and Cavite expressed their gratitude to former House Speaker Alan Peter Cayetano for his Sari-saring Pag-asa financial aid program for small businesses, with more than a thousand microentrepreneurs in the two provinces receiving cash assistance from the program on Tuesday.

Sari-saring Pag-asa, in partnership with the social welfare department’s Assistance to Individuals in Crisis Situations relief program, provided P3,500 each in cash aid each to 1,490 small business owners in Batangas and Cavite on December 28, 2021.

Mayor Faye Endaya-Barretto of Cuenca, Batangas thanked Cayetano for extending help not just to small business owners in her town but throughout the province’s 2nd congressional district, adding that the people in that district especially needed the aid due to the back-to-back crises they faced in the last year and a half.

“So napakalaking tulong po ng Sari-saring Pag-asa para po sa ating mga kababayan, hindi lang po dito sa Cuenca, kundi sa buong ikalawang distrito po ng Batangas,” the mayor added. (All of our towns are in the vicinity of Taal Volcano, so our townsfolk didn’t go through just one crisis, because there was the eruption as well as the pandemic. So Sari-saring Pag-asa is a big help to our people, not just in Cuenca, but in the whole second district of Batangas.)

Magallanes, Cavite Vice Mayor Renato Dimapilis also thanked Cayetano for helping store owners in his area get back on their feet.

Magallanes Municipal Councilor Jesus Antazo pointed out that despite his town’s relative remoteness compared to the rest of Cavite, the office of the former speaker still chose his constituents to receive aid from Sari-saring Pag-asa.

Cayetano on Tuesday reminded Filipinos to continue helping each other, defining service to others as an act of worship in itself. “Tulong-tulong po tayo (Let’s all pitch in and help one another).

We are created for a purpose, and one of that purposes is to serve God, and serving people is also serving God,” the former Speaker said. “Partnership itong bayanihan natin ‘no (Our bayanihan is a partnership), whether Sampung Libong Pag-asa, o itong (or this) Sari-saring Pag-asa,” he added.