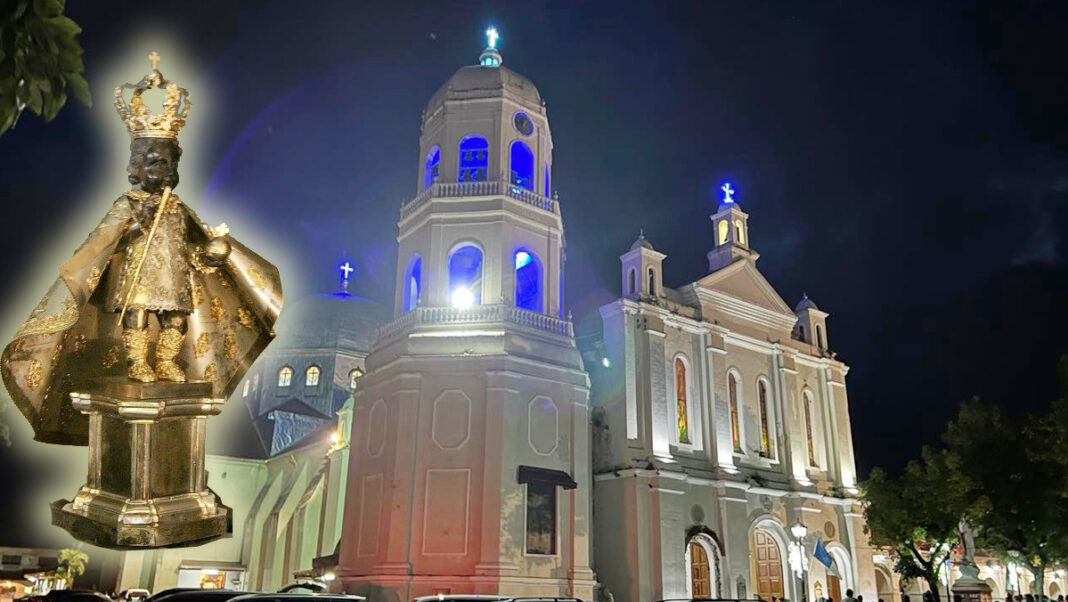 Batangas City – On the third time of celebrating the feast of Sto Niño ng Batangan under the pandemic era, the local church makes this year celebration special with the declaration of the Basilica of the Immaculate Conception here as the archdiocesan shrine of the patron.

By virtue of the Decree read during the Holy Mass, His Excellency Gilbert Garcera, D.D., archbishop of Lipa made public such declaration. As the Archdiocesan Shrine of Sto. Niño ng Batangan, all liturgical celebrations of the archdiocese in honor of the Sto. Niño will be held in the said basilica.

The present basilica in Batangas City was constructed in 1851 by Fr. Pedro Cuesta, former Father Provincial, of the Augustinian friars. Since then, it has undergone several renovations.

On February 13, 1945, the church was declared by the Vatican as a Minor Basilica of the Immaculate Conception upon the request of Lipa’s Bishop Alfredo Verzosa.

Meanwhile, the devotion of the Batangueños to the Señor Sto. Niño started in circa 1581. Historians’ accounts said the original image of Sto. Niño ng Batangan was believed to be originated in Cebu. Cebuano-Spanish traders were on its way to Cebu from Manila but encountered bad weather and forced the ship to take refuge at the cove of Batangan. Every time that the vessel is about to continue its voyage to Cebu, the weather turned unfriendly and that the crewmen brought the image of the Holy Infant to the nearby small church made of nipa and bamboo and offered Him prayers and singing of Te Deum Laudamus.

The weather miraculously changed and the traders’ voyage went on.

Few months later, a deaf-mute boy found the image of Sto. Niño atop a log at the banks of Calumpang River. The area was laden with huge logs locally known as batang, from which the name of the pueblo, Batangan, was derived. It was also in the same period that the parish priest of Cebu announced that the image of Sto. Niño in Cebu was missing. Said missing image was in the likeness of the one found by the deaf-mute boy. Efforts were made to bring back the image to Cebu turned futile as the weather turn unfriendly every time that the image will be transported back to Cebu.

Later on, the Roman Catholic authorities in Cebu and the gobernadorcillo then decided to forego the transporting of the image and let it remain at the Batangas’ church. From then on, the devotion of the Batangueños to Sto. Niño has grown up tremendously that the local government has institutionalized annual Fluvial Procession every January 7 that also marks the first day of the novena masses in honor of the patron; and the Annual Sublian, a devotional dance parade every July 23, the foundation day of the city.

With the declaration of the basilica being the Archdiocesan Shrine of Sto. Niño ng Batangan, the faith and devotion of the Batangueños are expected to grow more as ever, thanking the Almighty to continue protect the city from all forms of disaster and calamities.| – BNN