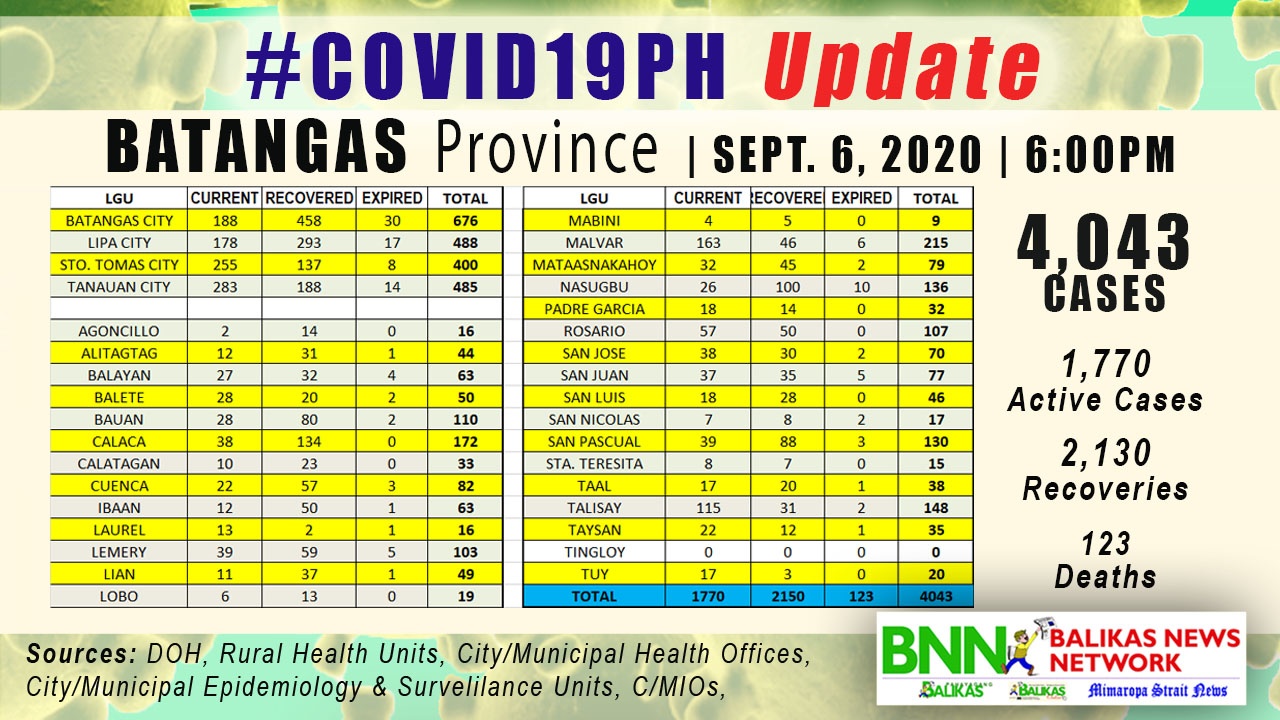 ALMOST a week after President Rodrigo Roa Duterte, upon the endorsement of the Inter-Agency Task Force on the Management of Emerging Infectious Diseases (IATF-EID) maintained Batangas under the general community quarantine (GCQ) along with Metro Manila and Bulacan, the confirmed cases of corona virus disease-positive in the province has now reached a 4,043 mark.

With some observers claiming that flattening of the curve is noticeable in Metro Manila, cases in the Calabarzon, particularly in Batangas, is still surging as ever since the gradual opening of economies for over a month now.

When President Rodrigo Roa Duterte reverted the quarantine status of Metro Manila under modified enhanced community quarantine (MECQ) effective August 4 to 18, the adjoining provinces of Bulacan, Cavite, Laguna and Rizal were reverted back also to MECQ leaving Batangas with 1,119 cases under the GCQ level. On August 16, those places under MECQ were relaxed to GCQ until August 31; with Batangas extending the GCQ status until Aug. 31.

But with the surge of cases in August, the whole of Calabarzon were relaxed to modified general community quarantine (MGCQ) effective September 1 to 30, with the exemption of Batangas being on extended GCQ.| – BNN