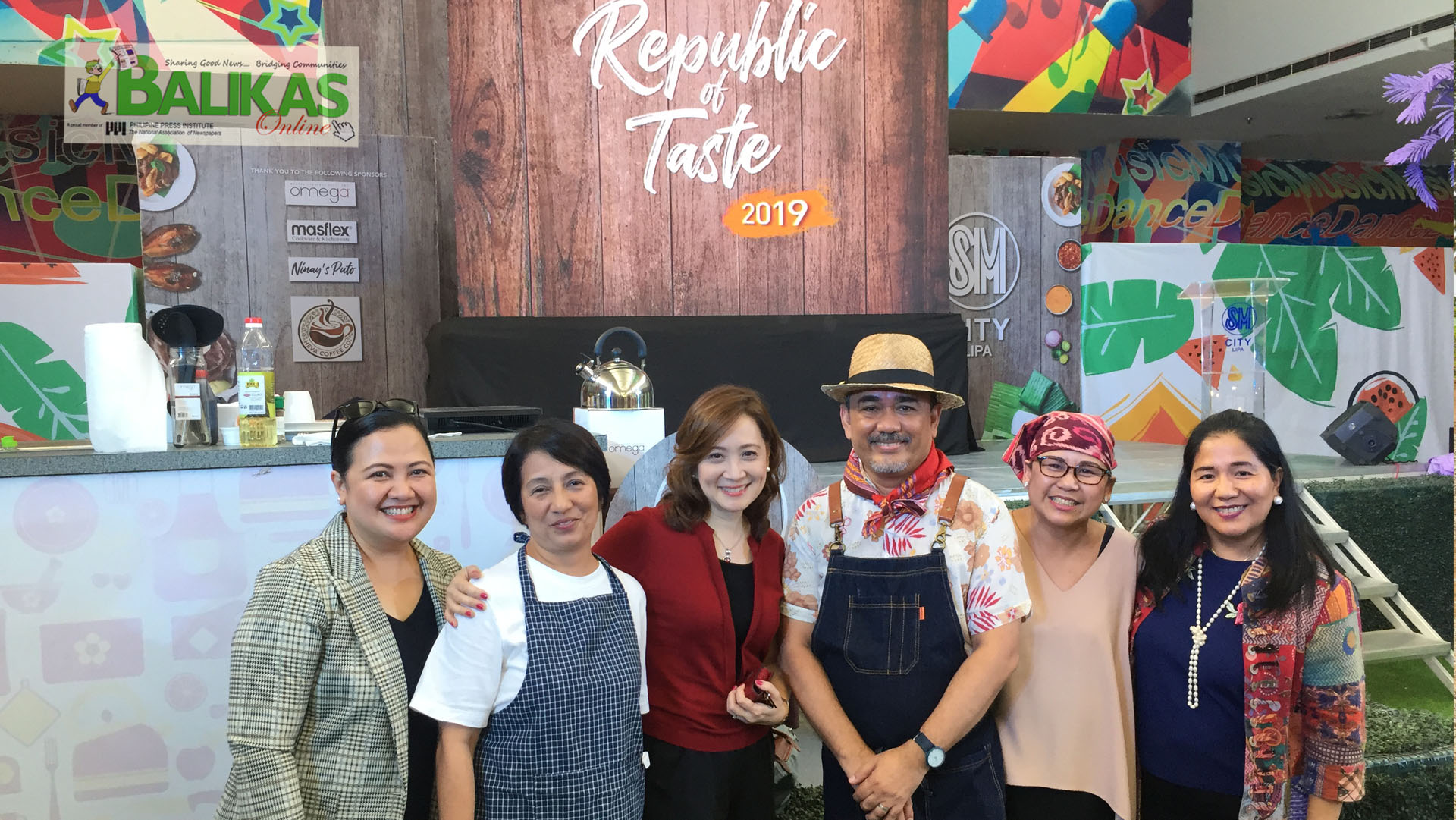 THE Republic of Taste, a recipe book authored by an award winning book designer, visual artist and food writer Mr. Ige Ramos made a book tour stop at SM City last June 21 at the Events Center of City Lipa.  Part of the tour is a cooking demo by two celebrity chefs in the country – Nina Daza and Nina Maralit.

Ms. Nina Daza, daughter of Nora Daza, a veteran gourmet chef and restaurateur, showed through a demo cooking on how a foreign recipe can be “naturalized” as Filipino. Using a fried and crisped molo wrapper as crust, and the lumpiang gulay as toppings, Daza showed how an Italian food is transformed into Filipino Food.  As an advocate of the Filipino culture, Ige Ramos, further intimated that we should not anymore ask the question “Is this food Filipino?”, but rather “How do we make this food Filipino?”.

The second chef is Nina Maralit, who with her love for Lipa City, has become a food consultant for some of Lipa’s well-loved cafes including that of Café de Lipa.  Maralit showed how to pickle the green mango and while doing so, Maralit discussed on the importance of having a Filipino cooking dictionary.  She exemplified the words “nilabon” and “nilaga”, that while the latter can be used for “nilabong itlog” and “”nilabong saging”, it can’t be used for “nilabong baka” or “nilabong baboy”.

Aside from the cooking demo, the book tour also exhibited the recipes of the local Batangas Cuisine like Lomi, Gotong Batangas, SinaingnaTulingan, and Tamales ng Ibaan.  The Republic of Taste book tour at SM City Lipa is the tour’s culminating stop.  Its first stop was in SM City Bacoor last March 8 and has already made stops at SM City Rosario, SM City Lucena, SM City San Pablo and SM City Naga. |pr