Batangas lost a mayor, 2 former board members in just a week 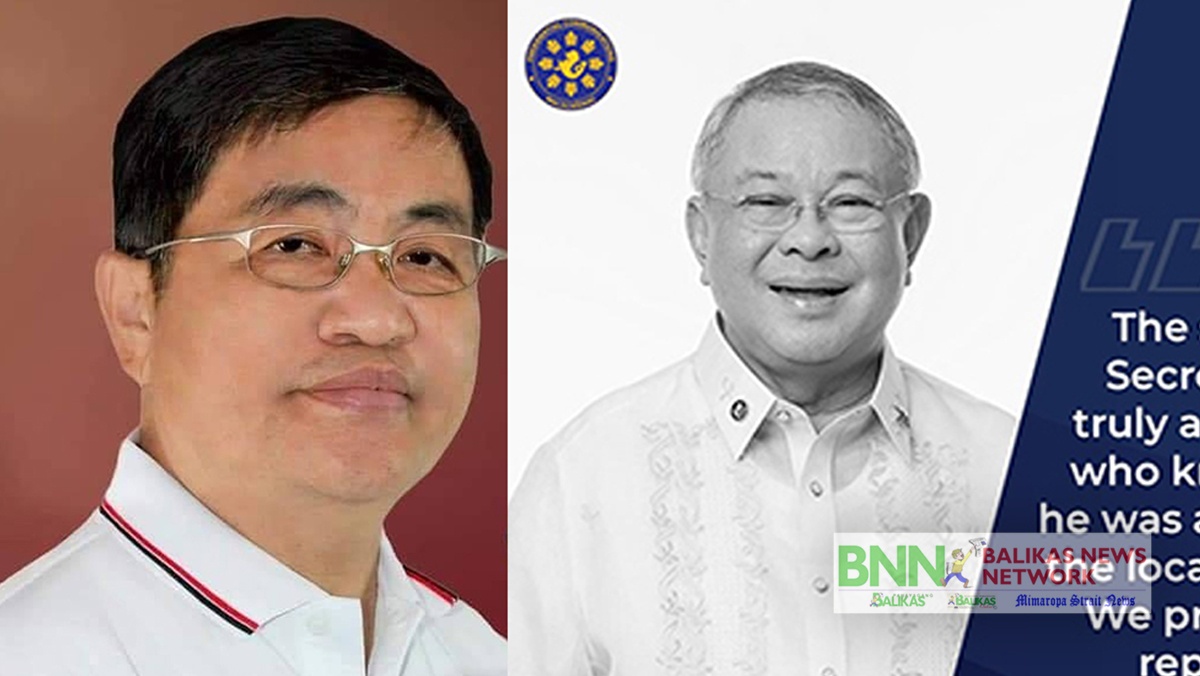 WITH the province still under general community quarantine (GCQ), the pandemic gave a big blow to the Batangueños as they lost an incumbent municipal mayor and two (2) former provincial board members in just a week-long period.

The people of Lian town lost their chief executive with the untimely demise of Mayor Isagani Ilagan Bolompo, Saturday evening, October 24.  Two days earlier, former Board Member Ricardo T. Diaz of Balayan also succumbed to death after contracting the virus, following the death of a fellow former Board Member, Secretary Jose Maria Nicomedes “Dennis” Hernandez who died Sunday morning due to severe pneumonia. At the time of his death, Secretary Hernandez is the Presidential Adviser for Southern Tagalog.

“A loving husband and father and an honest public servant. These are just the common terms used to describe Mayor Isagani I. Bolompo. All of it are true but his essence trancends these descriptions. The Municipality of Lian is in grief with the passing of Mayor Bolompo. We lost a great leader who never stopped thinking about the welfare of his constituents even at the very last hours of his life,” the official statement reads.

“The Bolompo family would like to express our sincerest gratitude to everyone who prayed for Mayor Bolompo as he fought against the Covid19 virus. A new angel has risen to the heavens and will continue to guide the people of Lian, Batangas. Again, a big thank you Lianeños for all the love and support,” the statement continues.

The late mayor was rushed to the Medical Center Western Batangas last October 17, a Saturday, where his swab test confirmed that he was positive with corona virus disease.

Several days after, he was transferred to the Lung Center of the Philippines where he was placed at the Intensive Care Unit (ICU). On the third day therein, the good mayor succumbed at around 10:30 o’clock in the evening of October 24, Saturday.

Mayor Gani has also served as Batangas Provincial Health Officer prior to his election as local chief executive of Lian, a 3rd class municipality.

Known for being vocal in current issues that concerns his constituents, Mayor Bolompo is one of the most active participant in many provincial council meetings despite his health concerns being a diabetic. At the time of his death, Mayor Gani is serving his third and final term as municipal mayor of Lian, Batangas.

Meanwhile, former board member Ricardo T. Diaz of Balayan, Batangas has undergone RT-PCR test with his swab samples taken on October 19 and he was confirmed to have contacted the virus the following day. He was admitted in a local hospital and the Balayan Rural Health Unit (RHU) reported his death on October 22, the 11th CoVid-19 casualty in the municipality. He was 78.

A seasoned lawyer and public servant, Diaz, has actively served as Board Member representing First District of Batangas, taking stands on issues that commonly characterized the Mandanas-Recto rift during the late 90’s. He later on served as the municipal legal officer of Balayan.

Secretary Jose Maria Nicomedes “Dennis” Hernandez, or Primong Dennis as he is fondly called by people closed to him, reportedly experienced difficulty in breathing around 9:30 a.m. on Sunday, October 18. He was rushed to Daniel O. Mercado Medical Center (DMMC) in the City of Tanauan.

However, his attending physician, Dr. Romer Michael Mateo, declared dead his death at around 11:11 a.m.

As of this writing, there’s no report yet as to the result of the swab test conducted on the remains of Secretary Hernandez to determine if he had contracted coronavirus disease 2019.

“We extend our deepest condolences to the family and loved ones of Presidential Adviser for Southern Tagalog Secretary Jose Maria Nicomedes ‘Dennis’ Hernandez on his passing,” PCOO secretary Martin Andanar said in a statement on Monday. The official further said that Hernandez’s passing is a “great loss” to the region.

“The sudden passing of Secretary Hernandez is truly a great loss to those who knew him and those he was able to serve both at the local and regional level. We pray for the eternal repose of his soul,” he added.

He also hailed Hernandez’s political career which included serving as former Vice Mayor of Tanauan, Batangas in 1971 and Provincial Board Member of Batangas.

The former lawmaker also served as an Assistant Secretary of the Department of the Interior and Local Government under Alfredo Lim and as Special Assistant to former President Fidel Ramos.

Aside from serving as the Presidential Adviser for Southern Tagalog, Hernandez was also the Regional President of the Partido Demokratiko Pilipino-Lakas ng Bayan (PDP-Laban) and the Chairperson of the Regional Task Force to End Local Communist Armed Conflict (RTF-ELCAC) for Region 4A and 4B.

Following health protocols and minimum health standards, the family of the late official allowed public viewing of his ashes on October 21 to 24 before he was laid to rest.

His only son, DSWD Usec. Anton Hernandez extends his family’s gratitude for prayers and condolences during the time of their mourning.|-BNN