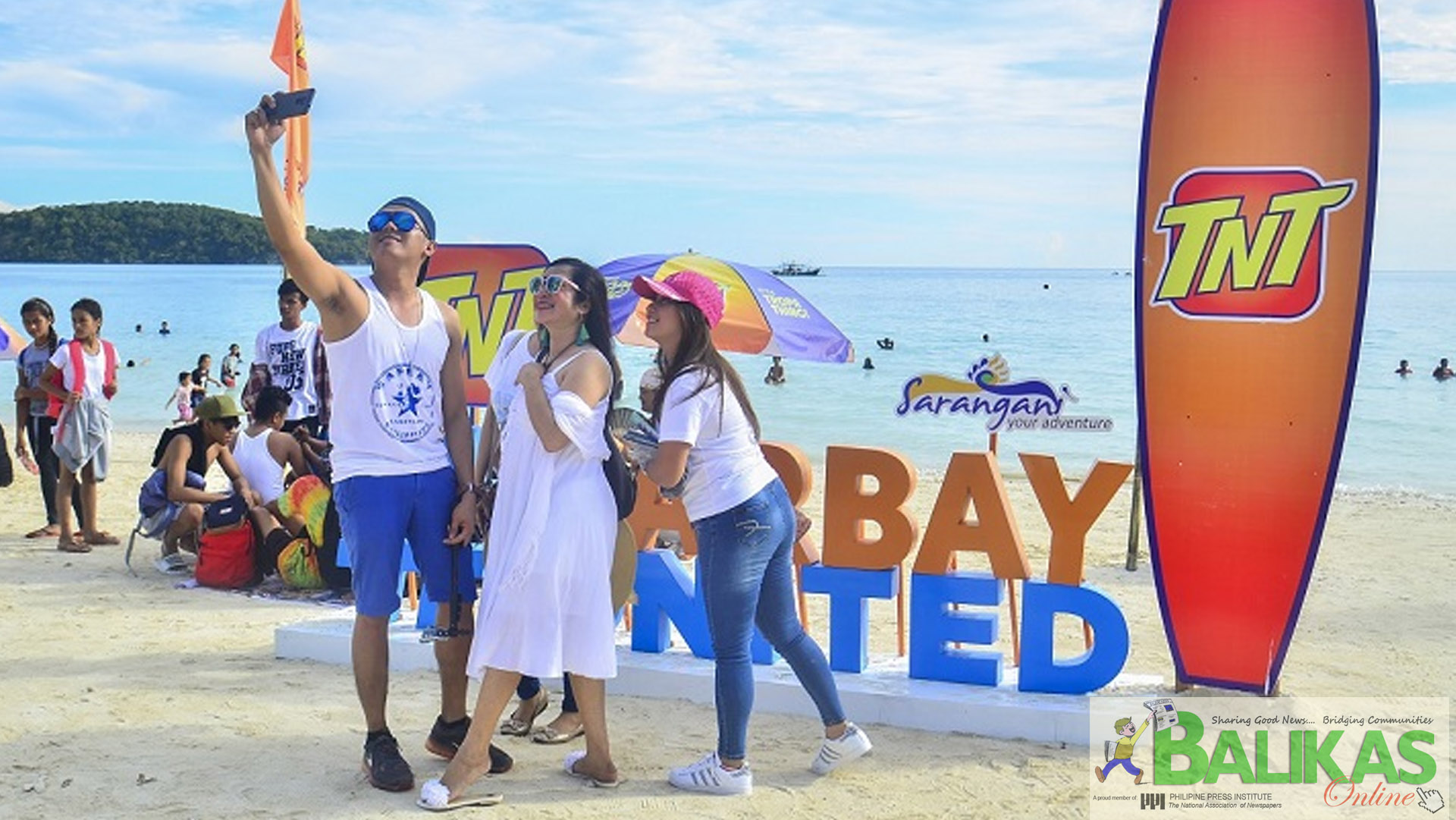 TALK about Philippine beaches, and world-famous Boracay quickly comes to mind. But it’s a province in Mindanao that holds the distinction of hosting what the Department of Tourism bills as the country’s “biggest beach party,” the Sarangani Bay Festival.

Held in the third week of May, SarBay Fest draws local and foreign tourists to outdoor events such as boat racing, skimboarding, beach soccer and volleyball, sand sculpting, all-night concert and partying.

While boosting tourism, the festival also brings a bonanza to local entrepreneurs.

Fisherman Rene Boy Sajulga, from the quiet barangay of Gumasa in Glan town, says he and his wife make brisk business on the shore, selling food and water.

Of late, another commodity in big demand is prepaid load. “Usually, our load wallet gets drained on the first day alone, the kids are very fast when it comes to buying load,” Sajulga’s wife says. Cellular and data communication are an integral part of the SarBay experience, she adds, and this means extra income for the family.

PLDT wireless arm Smart Communications Inc. (Smart) has been supporting the Sarangani Bay Festival since it began 12 years ago. Every year, Smart boosts the cellular and data connectivity in Gumasa to help improve the mobile and internet experience of SarBay Fest revelers.

The area further leveled up this year when Smart rolled out Long Term Evolution-Advanced (LTE-A) technology, boosting the download speeds in Gumasa to as high as 40 Mbps. Festival-goers were able to stay connected with their families and share their SarBay Fest experience on social media while on the beach.

“Data signal this year is stronger,” confirms Devine Alberca, a student and SarBay Fest regular. “My friends and I were able to post live videos and stories on social media easily.”

Daphne Garcia, a tourism officer from Davao and a SarBay Fest newcomer, says: “In my experience, in laidback and far-flung places, especially beaches, the signal is usually weak. But things are different here in Glan, my Smart would register more than 40 Mbps. I was really shocked and surprised!’

“It’s a big help especially for food-related businesses like ours, because better mobile data experience will encourage our customers, like students, to stay and dine. So it is expected that sales will increase,” she says.

“Because connectivity is now part of daily life, customers wouldn’t come if they knew that the internet connection is slow. Some would order a little just so they can check internet speed, and would only order some more if you have good data signal or Wifi connection,” she says. Clearly, faster and more stable data connectivity in Glan is a big factor in the economic growth and commercial potential of the municipality.

Smart is accelerating its deployment of LTE, LTE-A and carrier aggregation across the country as part of Smart’s efforts to improve mobile data experience nationwide.

Smart is doubling the number of LTE base stations to about 17,700 nationwide and raising the number of LTE-equipped cell sites to more than 6,800 this year, using frequencies that are compatible with CA-capable smartphones available in the market today.

Aside from Sarangani, Smart has also expanded its network coverage to include other high foot traffic areas such as tourist destinations Baguio, Sagada, and Batanes, in line with its commitment to the National Telecommunications Commission to bring high-speed mobile data using LTE, LTE-A and 3G to over 90% of the country’s cities and municipalities.

Parent company PLDT has committed historic levels of resources to support network transformation. Capital expenditure is expected to reach P58 billion this year, including allocations for the aggressive rollout of its fiber broadband service, which also supports the stepped-up deployment of the mobile network by providing high-capacity links for cellular base stations.|