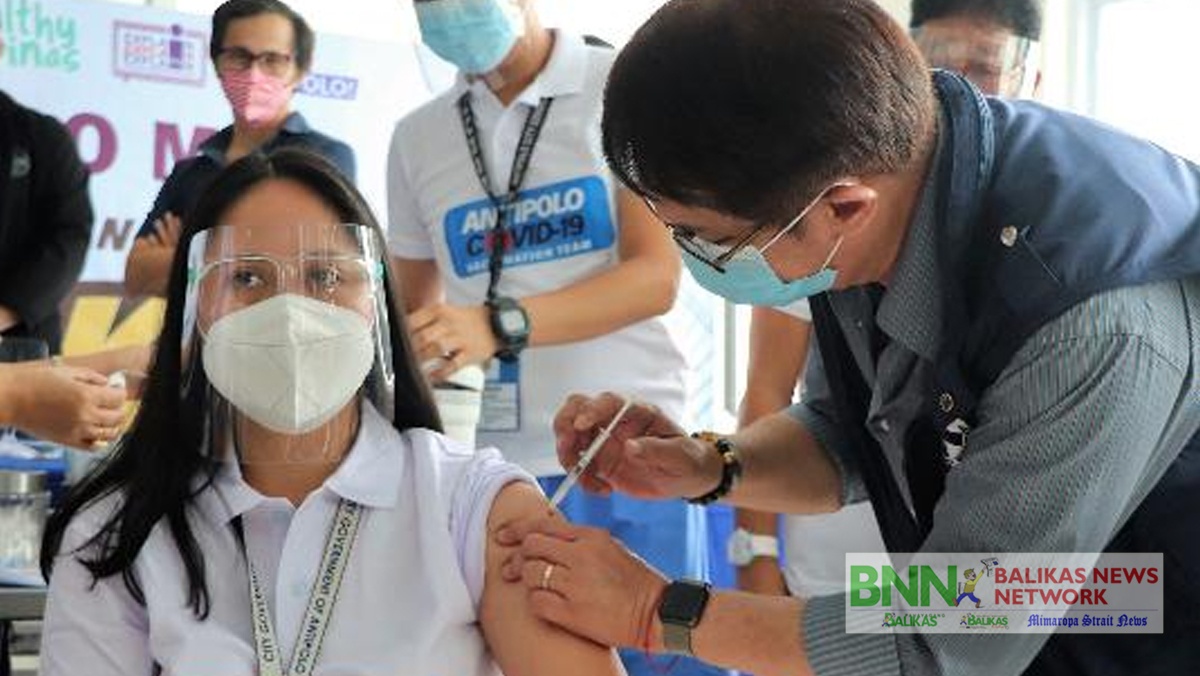 Last Saturday, the team visited the Laguna Provincial Hospital – San Pablo City District to provide Sinovac vaccine to its medical frontliners as it fast tracks its immunization activity to protect health workers in the region against Covid-19.

The Laguna Provincial Hospital – San Pablo City District Hospital is the second health facility in the region to receive the Sinovac Vaccine.

Around 200 medical frontliners were given their first dose of the Sinovac’s Coronavac. The second dose will be given after two weeks.

A total of 334 doses of Sinovac’s CoronaVac was allocated to the San Pablo City District Hospital.

Regional Director Eduardo C. Janairo stated that requests from health workers to get vaccinated has increased over the past few days since there has been no report yet of any adverse events following immunization from the Sinovac vaccine.

“Magpasalamat tayo dahil narito na ang mga vaccines at makakapagsimula na tayo muling makabangon mula sa pandemya. Let us be hopeful that the vaccines will do their job against the Covid-19 virus and no health complications may result from it,” he added.

Prior to the roll out in Laguna, the DOH – CalaBaRZon begun vaccinating its medical frontliners against the Covid-19 virus starting with the staff of Antipolo City Hospital System Annex II in Antipolo City last Thursday, March 4.

Secretary Dizon, who is one of the guests of honor, assured that the government is doing its best to procure more vaccines as the number of people who want to be vaccinated has increased. “We will have adequate supply of vaccines as they are still arriving so there’s no need to worry because there’s more to come,” he stated during his message.

Aesc. Laxamana, on the other hand, emphasized that the vaccine is safe. “Our healthcare workers be protec-ted against COVID-19 in order for them to continue providing the best care for our patients. And getting vaccinated is the only way for them to be protected.”

The first batch of 600,000 doses of Sinovac vaccines donated by China arrived on February 28, 2021, and the health department immediately began its mass vaccination of medical frontliners.

Sinovac has been granted emergency approval by the Food and Drug Administra-tion (FDA) on February 22, 2021.

“I encourage our medical frontliners in the region to avail of the vaccine against Covid-19. We have to protect ourselves against the virus. This is not only for us but to our family as well.”

According to Janairo, a total of 7,190 Sinovac vaccine were allocated to medical frontliners of 13 hospitals located in various provinces of the region.