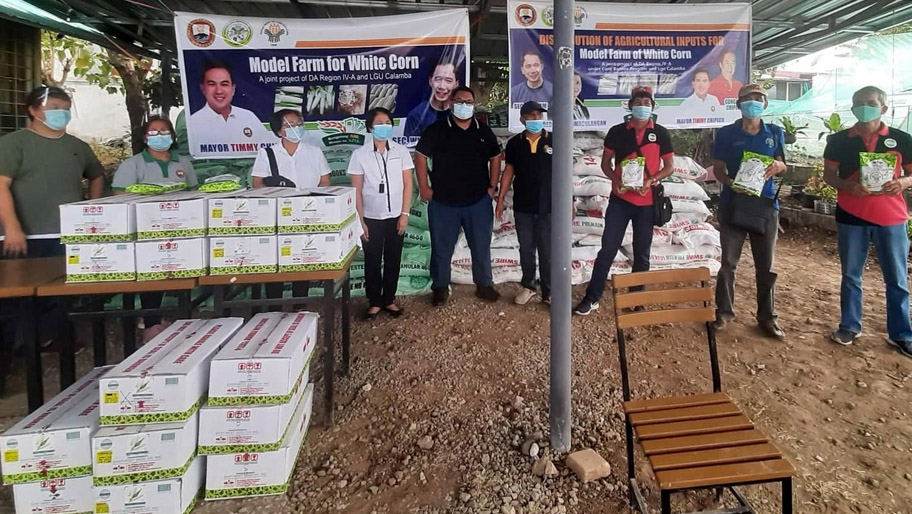 The distribution of corn seeds is part of the Balik-Tangkilik Program under the Bayanihan II, wherein the corn seeds given will be planted on the 50-hectare model farm. Fifty percent of the harvested corn crops from the distributed seeds will be returned to the cooperative. The cooperative will sell the crops and buy additional inputs out of the proceeds that can be bought by or lent to the farmers for their next planting season.

Aside from corn seeds, DA-4A gave 150 bags of complete fertilizers, 150 urea fertilizers, and 50 bottles of insecticides.

[Photo from Ms. Zoila V. Mendoza of Department of Agriculture 4A Corn Program]