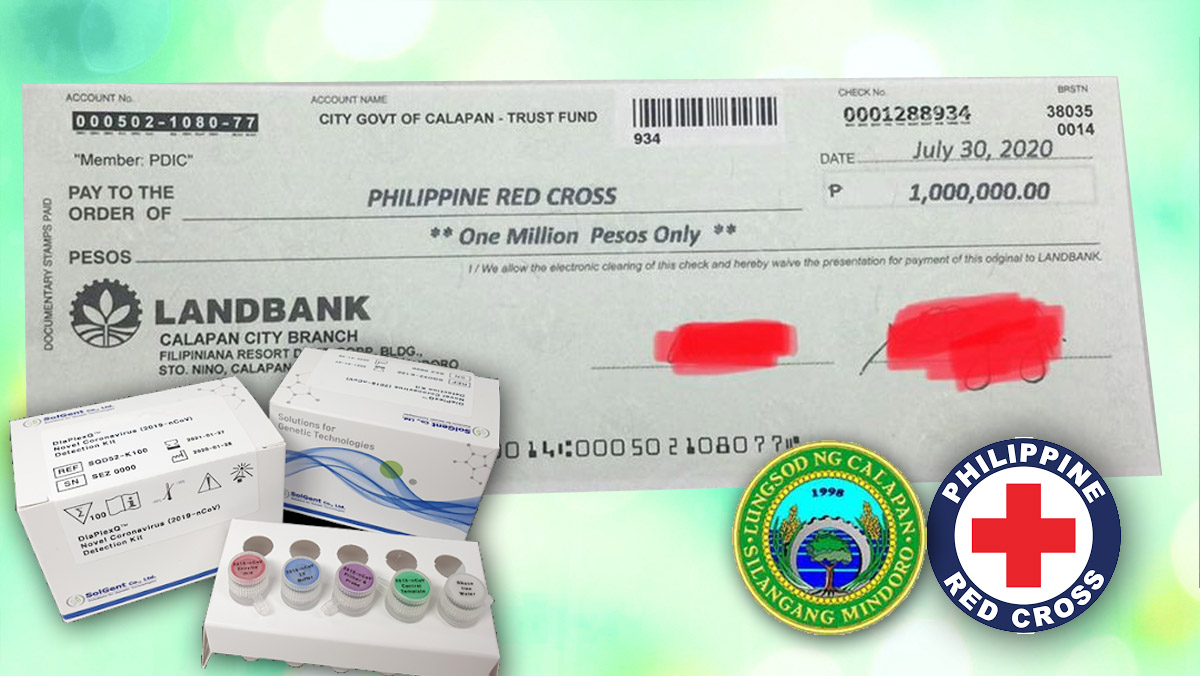 CALAPAN City – THE City Government of Calapan issued a check amounting to Php 1-million payable to the Philippine Red Cross (PRC) to serve as initial deposit out of the Php 5-million agreement of the two parties for the RT-PCR testing of Calapan City residents at the PRC-Batangas City molecular laboratory, July 30.

Prior to this, the city government under the leadership of City Mayor Arnan C. Panaligan signed a Memorandum  of Agreement (MOA) with the PRC for the utilization of the Red Cross testing laboratory in Batangas City to speed up the confirmation of corona virus disease 2019 (CoVid-19) cases of Calapan.

Under the agreement, the swabbing will be undertaken by the City health and Sanitation Department in Calapan City and the specimen taken will be shipped to Batangas City for the examination.

Following this development, a City Health and Sanitation staff traveled to Batangas City to pick up the testing kits for the immediate swabbing of all suspected patients in this Oriental Mindoro’s capital city.| – MNN / BNN