Cavite governor appeals for unity and stop culture of hate 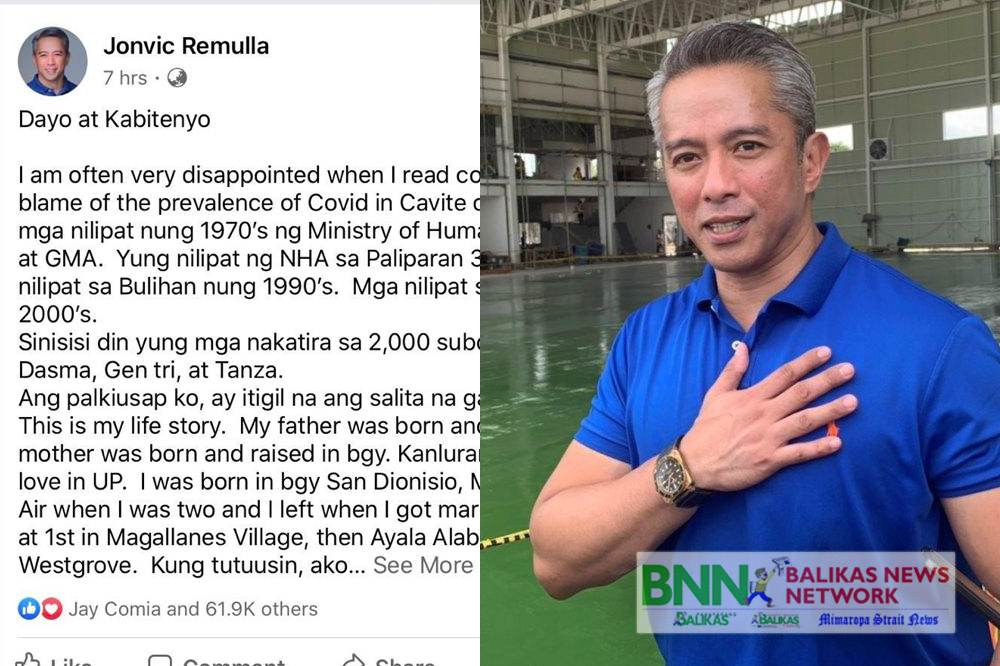 TRECE MARTIRES, Cavite – BARELY 11 days before the extended Enhanced Community Quarantine ends on May 15, Governor Jonvic Remulla appeals to his fellow Caviteños to promote unity and stop the culture of hate.

In his post in social media, Governor Remulla said all Caviteños must accept and respect their fellow provincemates whether they are original inhabitants of the province or have migrated to Cavite by way of massive resettlement efforts of the national government in the recent years.

Remulla even shared his lifestory being a migrant to Cavite as he was born in the City of Makati although he was born to Caviteño parents.

“This is my life story. My father was born and raised in Toclong, Imus. My mother was born and raised in Brgy. Kanluran, Naic. They met and fell in love in UP. I was born in Brgy. San Dionisio, Makati. We transferred to Bel-Air when I was two and I left when I got married at 28. I raised my children at 1st in Magallanes Village, then Ayala Alabang. 2012, I moved to Ayala Westgrove. Kung tutuusin, ako ay dayo din,” he said.