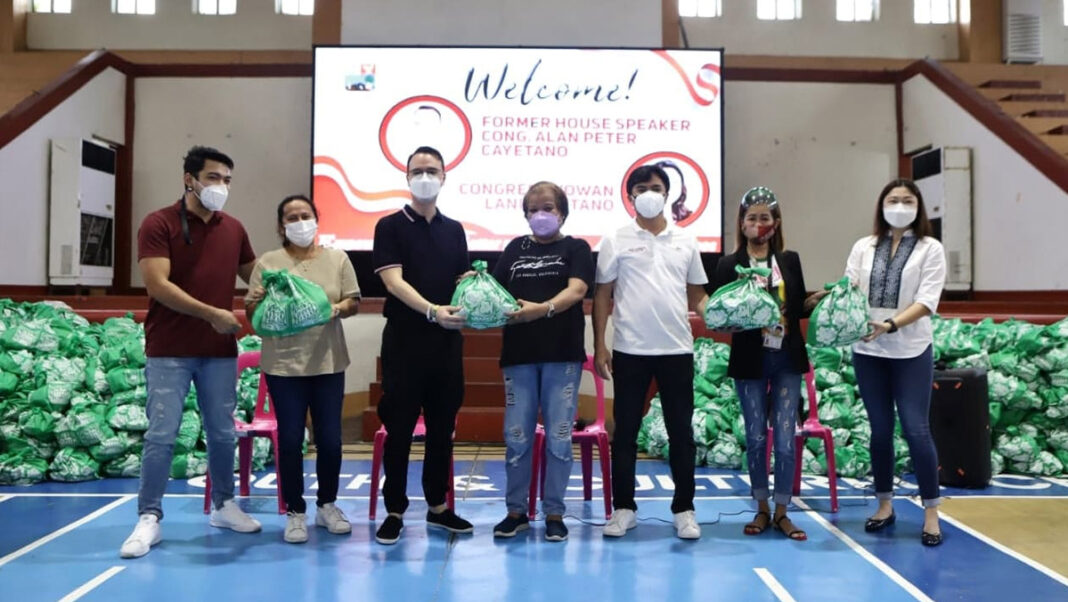 In a ceremony held on October 22, 2021 at the Lipa City Youth and Cultural Center, the couple and Lipa City Mayor Eric Africa gave out grocery packs to a total of 522 barangay health workers, 138 barangay nutrition scholars, and 150 day care workers from Batangas’ most populous city.

Former Speaker Cayetano urged attendees to pursue real transformation as the 2022 national and local elections draw near. He also called on the public to judge all national and local candidates based on their values and how they view the country’s most pressing problems today.

For her part, Rep. Lani Cayetano said the national government should attend to the needs of barangay emplo-yees, volunteers, and health workers. In August, the Cayetanos and their allies filed House Bill No. 10112 which seeks to increase the compensation and benefits of barangay health workers.

Once passed, the measure will integrate barangay health workers into the organization of local government units as job order, contractual, casual, or regular employees and provide training and financial assistance for local health workers.

Cayetano asked attendees to “remain vocal, express their grievances, and speak out on the things they deserve.”| – BNN