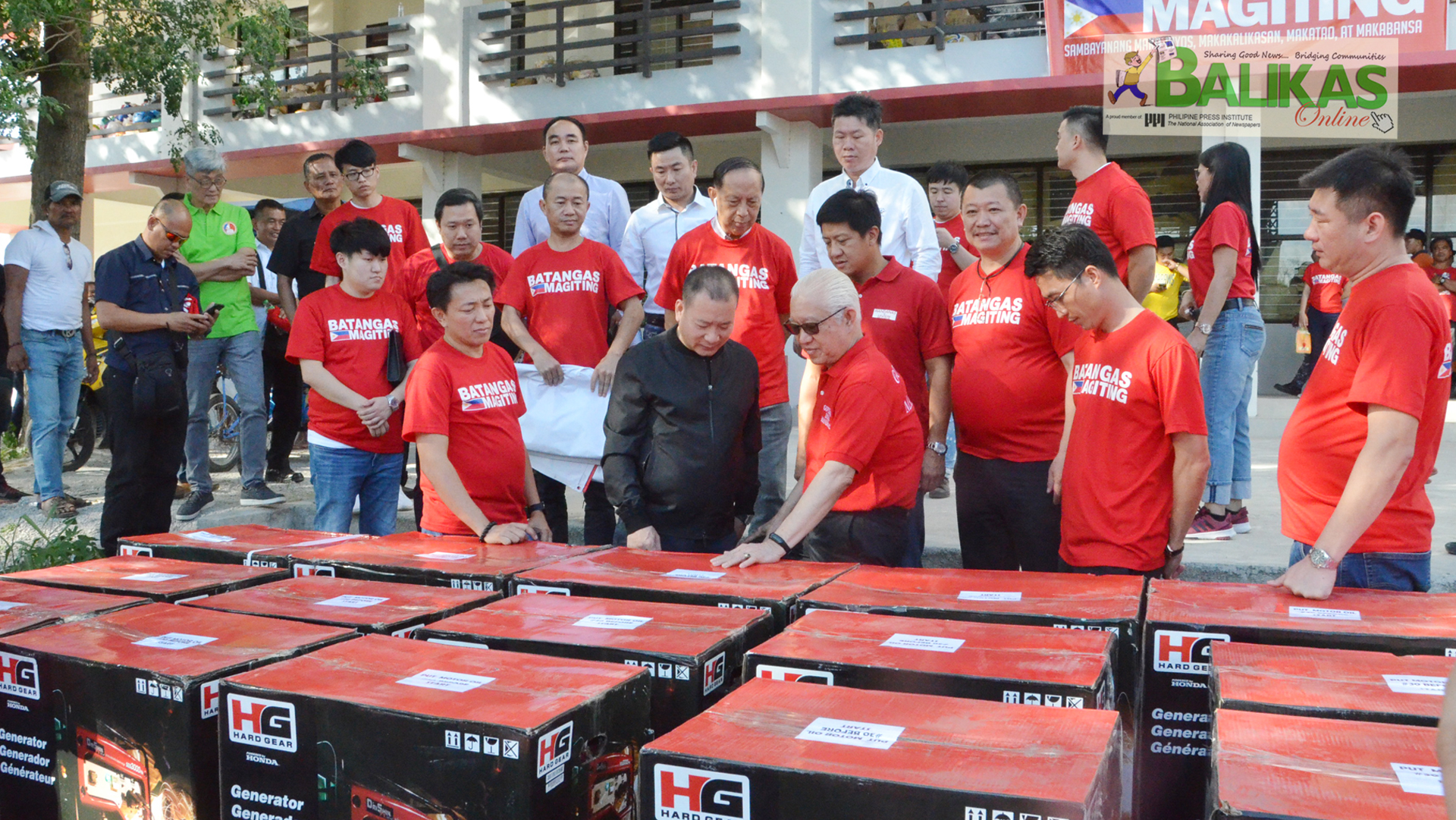 BATANGAS City – IN its effort to ease the lives of thousands of Batangueños who fled from their homes due to volcanic eruption, the Philippine Chinese Chamber of Commerce and Industry, Inc. (PCCCII) donated a total of 81 units of Japan-made generator sets worth more or less half a million pesos to the province of Batangas, Thursday afternoon.

The generator sets were personally received by Governor Hermilando I. Mandnas from the PCCCCII delegates in a simple turn-over ceremony at the provincial disaster operation center.

“These assistance simply reflect the sincere compassion of the Filipino-Chinese community to the Batangueños and this would be a big help to the relief and rehabilitation drive of our province,” Mandanas quipped during the turn-over ceremony.

Prior to this, the Federation of Filipino –Chinese Chamber of Commerce and Industry, Inc. (FFCCCII) led by its president, Dr. Henry Lim Bon Liong, in partnership with Presidential Commision for the Urban Poor (PCUP), PCCCII, and other Filipino Chinese groups also donated 10,000 packs of relief goods to the Taal volcano eruption evacuees. The group also gave the evacuees 10,000 pieces of tikoy, a Chinese delicacy made of glutinous rice, as a way of sharing blessings in time for the celebration of Chinese New Year.|-BALIKAS News Network