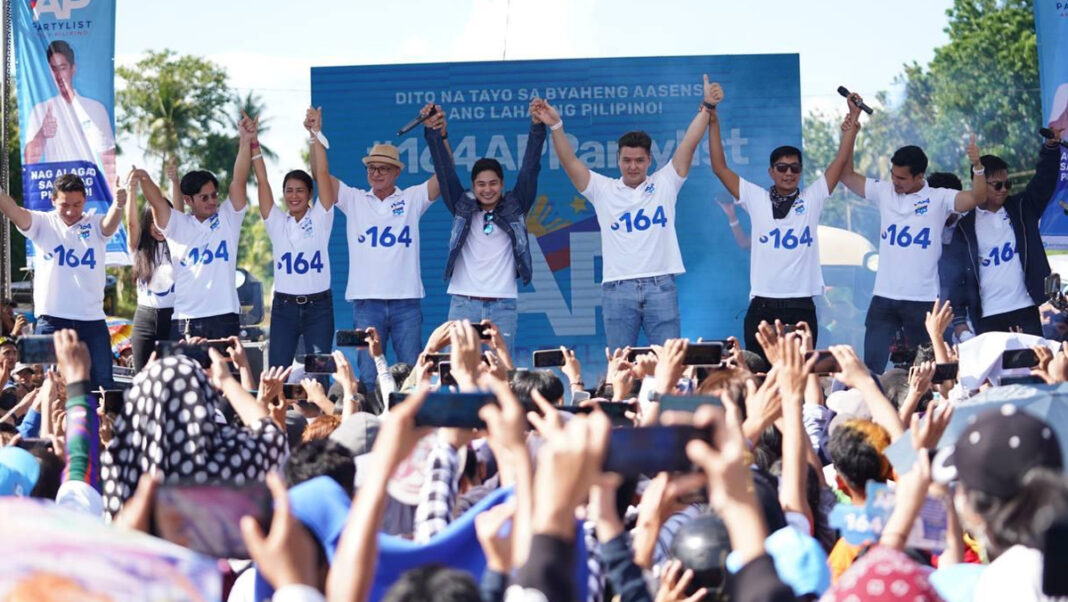 Ong made good on a promise to the residents of the island of Camotes when they met Coco Martin and Task Force 164. Camotes island was the first leg of the day which began with a motorcade and ended with a grand rally event where Task Force 164 members entertained the crowd. The highlight of the show was the performance of Coco Martin with rapper actors Smugglaz, Bassilyo, Happy and Sisa.

May 6 ended with a motorcade through the streets of the Tabuan area which were filled with eager fans and supporters of Coco Martin and Team AP. It was capped off with a grand rally in the evening with the team of Cebu City Vice Mayoral candidate Franklyn Ong. More than  five thousand people attended the event which was filled with inspiring and entertaining performances by members of Task Force 164 as weell as the hot dance moves of Coco Martin.

The last day of the campaign for Coco Martin and Team AP began with a visit to Danao hosted by the Durano family led by Red Durano in the morning and then a grand rally in Dalaguete where second nominee Rey Tambis resides.