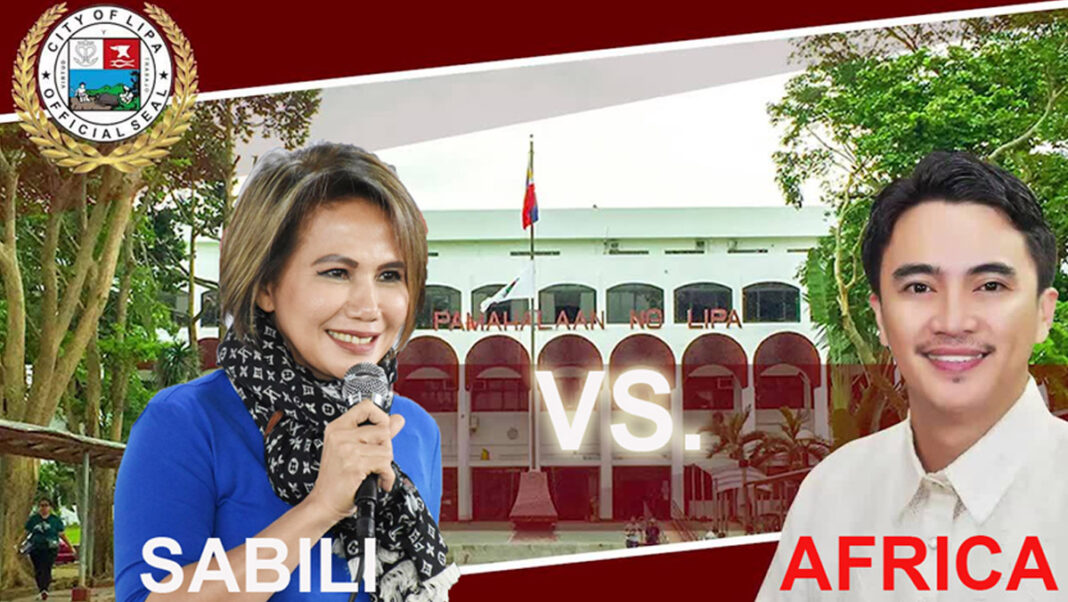 LIPA City – THE battle for the mayoralty of this city is nearing its end as the Commission on Elections hinted the resolution of the case before the month ends.

Acting through the 2nd Division, the Honorable Commission in its hearing last Thursday, January 6, asked the both the protestant and protestee to submit their respective memoranda and that the case will thereafter be submitted for final resolution.

In the said hearing, the three (3) commissioners of the division unanimously voted to turn down the more than 5,000 judicial affidavits from different barangays of Lipa City which Protestee Eric Africa has submitted to bolster its counter protest.
“To me and to all of us, yesterday’s event will finally put an end to the long awaited result of our protest,” former Undersecretary Meynard A. Sabili said in reaction to the action of the Comelec.

“As of January last year, the Comelec released the result of election protest of Mayora Berna-dette and Comelec pronounced and concluded that massive election fraud marred the 2019 election in the city of Lipa, Sabili continued.

It can be recalled that the 2nd Division ruled in September 2021 that irregularities marred Lipa City 2019 elections and that there was mismatching of 15,728 thumbprints of registered voters as discovered in the first 20% of the contested precincts in Lipa City.

“My dear Lipeños, I believed that we can see the clear light at the end of the tunnel and with the Grace of God, justice will be served to our people. The long wait is over and the true mayor of Lipa will emerge triumphant. Let it be that the will of the people prevail as the old adage said and i quote, ‘Vox populi est suprema lex’, The will of the people is the will of God. Mayora Berna-dette is the people’s choice and the true mayor of Lipa,” Sabili who is seeking a come back as Lipa City mayor said.
Meanwhile, the camp of Africa did not issue any statement on the matter.|- BALIKAS News