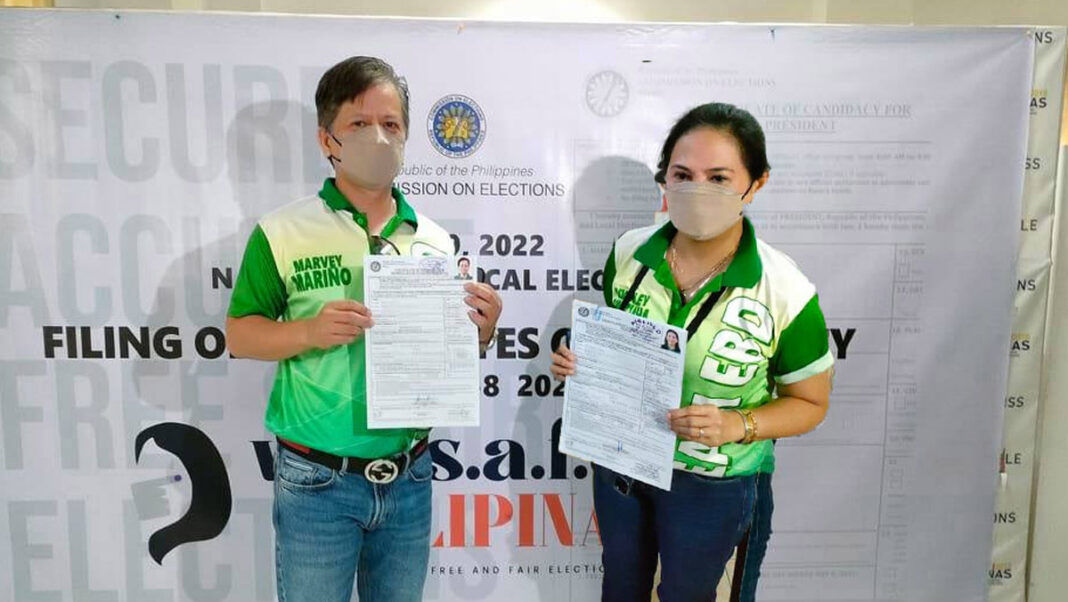 BATANGAS City – CELEBRATING their birthdays together became more memorable this year, as Congressman Marvey Mariño and City Mayor Beverly Rose A. Dimacuha renewed their commitments as husband and wife and their commitment to serve their constituents as they led their team in filing their respective Certificate of Candidacies (COCs), Sunday morning, October 3.

After attending the Sunday Mass at the Basilica of the Immaculate Concepcion, the couple led the Team EBD (Eto Batangueño Disiplinado) in filing their COCc under the Nacionalista Party (NP).

First to file their COCs at the City Election Office at the cityhall complex were the tandem of Mayor Beverly and her runningmate lawyer Alyssa Cruz-Atienza, a 3-termer city councilor. Mayor Beverly, 50, will be running for her third term as city’s chief executive.

Creating their own brand and style of leadership, the couple has delivered their campaign promises of bringing more developments to the city, encouraging more investments thereby creating more jobs for the increasing work force in the provincial capital.

Also among who filed their COCs are the team’s bets for Members of the Sangguniang Panlalawigan – Board Member Ma. Claudette U. Ambida-Alday and Board Member Arthur ‘Bart’ Blanco. The duo are also running for their 3rd term.