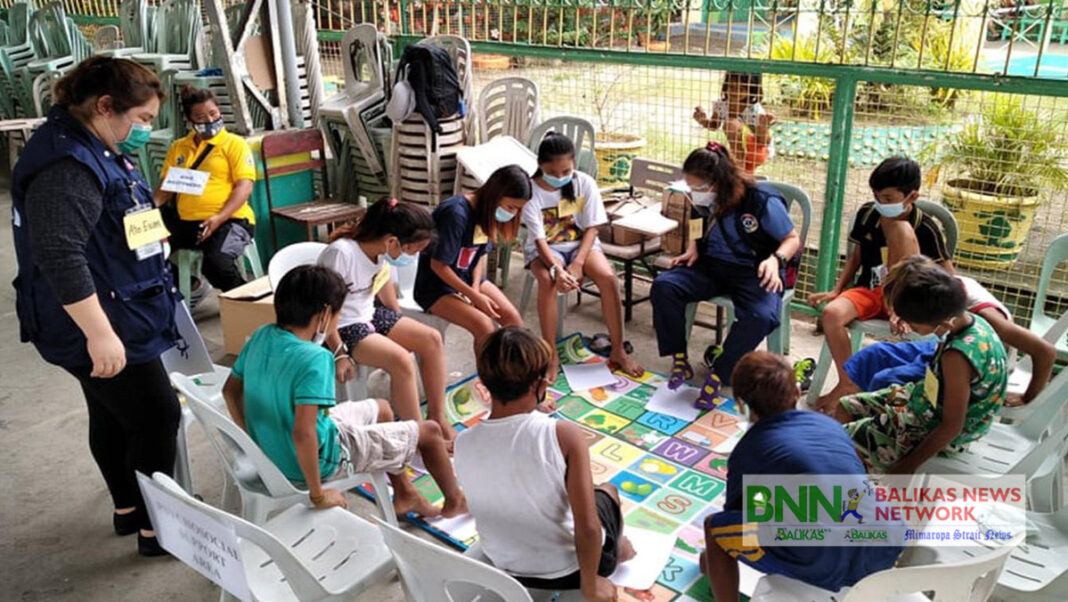 THE worldwide outbreak of the coronavirus disease (CoVid-19) is undeniably a source of unexpected stress and adversity for many people. Resilience can help us get through and overcome hardship.

But being resilient to any calamity, manmade or natural, is easier said than done. That’s why people respond to stress and adversity—like that from the CoVid-19 pandemic—differently.

For the people of Batangas, coping with the stress and all impacts of the pandemic may be uneasier than other people in the region. It is because even before the outbreak of CoVid-19 pandemic, the Batangueños were already bracing up against the perils of the different calamities that struck the province ahead of the corona virus.

Thus, this piece discuss the difficulty of people coping up with the string of calamities that struck the province of Batangas, having been aggravated by the pandemic.

Just a month before the first case of Covid-19 was recorded in the country, Taal Volcano erupted in January 2020. Thousands of families were evacuated. Hundreds of families lose their homes, the land they till for a living, the plants were much of them get their food, and even their domesticated animals.

People living around the volcano are still recovering from the massive fishkill that hit the fisherfolks of Taal lake. Changes in weather system caused the fishkill and more fisherfolks experienced another blow, the loss of their source of living. Hundreds of tons of bangus and tilapia died then.

Children were almost forced to stop studying as most schools in different town around the Taal Lake were almost buried to ash fall or some of the buildings cracked and dilapidated, while other schools outside the 7-kilometer danger zone were converted into evacuation centers.

Respiratory problems among the residents increased due to ash fall, reason why the Batangueños are the first communities to have adjusted to wearing a face mask even before the CoVid pandemic started.

As of Jan. 19, 2020 some 55,000 animals, including chickens, goats, cows and horses, have died since Taal eruped on Jan. 12, the Department of Agriculture (DA) reported. Volcanic ash blanketed some 17,000 hectares of land in the Calabarzon area, affecting 16,000 farmers and fisherfolk.

The DA hopes to still reach its growth target of 2 percent this year with a “catch up plan” from other areas that could compensate for the losses in agriculture in the Calabarzon, Dar said.

While thousands of families were still in evacuation centers, the first case of Covid-19 in the province was recorded in March and a week later, the whole country was placed under State of National Emergency.

More lives have been inflicted with the deadly virus. As of 3:00 o’clock in the afternoon of November 30, the DOH-Covid Tracker reported that Batangas hit a total of 66,018 confirmed cases. Of these cases, 63,180 have recovered and only 205 remain active.

The pandemic has claimed the lives of at least 2,633 Batangueños including a municipal mayor, doctors, other public officials and frontliners.

Before the year 2020 ended, the trio typhoons Quinta, Rolly and Siony brought much havoc on the Batangueño families, making the pandemic almost unbearable. Hundreds of houses shattered. Bridges and seawalls collapsed. People living in coastal areas were hardly hit as typhoons made several landfall in the province. Evacuees from the previous calamities filed up.

With more evacuees away from their homes, still there were many feeding their hogs in intervals and the African Swine Fever struck to most of the piggeries in the calamity stricken communities.

While on evacuation centers, those who have their animals left in the areas within the 7-kilometer danger zone have to sneak in behind police checkpoints in order to feed their animals. Scarcity of resources to buy animal feeds forced them to feed their hogs with food leftovers from restaurants outside the province. This scenario led them to another calamity that equally hit the hog-raisers – the insurgence of African Swine Fever (ASF).

ASF in the province were first detected in Laurel and Agoncillo towns, also the tows hardly hit by the Taal Volcano eruption. After more piggeries were affected, the evacuees coping up with the impact of volcano eruption has to brace for another catastrophic incident. Their animals have to be culled.

Batangas is a vital pork-producing province as it serves as the No. 1 supplier of pork to Metro Manila, according to the DA. With the freedom status of the six localities, only 12 areas in Batangas remain classified as ASF-infected zones.

Batangas’s pork output reached a record-high of 189,169.38 metric tons in 2019, before ASF hit the province. Pork output in the province last year declined by almost 15 percent to 161,189.85 MT, based on Philippine Statistics Authority (PSA) data.

Much have to be done to recover. Local government units spearheaded the construction of isolation facilities for covid patients, while private sector volunteers are teaming up with their own covid response efforts.

In one instance, even on holidays, Congressman Marvey Mariño and Batangas City Mayor Beverly Dimacuha wasted no time to ensure that the city government is relentlessly doing its mandate to keep the city responsive to the impacts of the pandemic.

After inspecting the final phase of the construction of the Batangas City Public Library and Information Center, said officials make a round of inspection too to the Smarthouse facility that are being readied for COVID-19 patients.

While the availability of covid vaccine is still a big question during that time, the city government of Batangas has appropriated P200-million for the purchase of the vaccine should it become available.

The local government is targeting to inoculate 380,515 residents against coronavirus disease (COVID-19) as projected population for 2021 according to the Department of Health (DOH).

Batangas province also welcomed returning OFWs and other patients in different hotels and resorts in province which the government has converted into isolation facilities.

For the repatriated and or distressed overseas Filipino workers (OFWs), the provincial government have continuously releasing P5,000 financial assistance for every applicant. They may either be those who have return tickets to their employees but were cancelled, those whose country of destinations were on lockdown or those who were forced to go home as a result of their company closure and loss their jobs.

While people are forbidden to go out and more businesses were forced to close shop, thousands of workers in micro, small and medium enterprises lost or nearly lost their jobs. While only those workers whose employees have their businesses enrolled with the Social Security Services (SSS) and the Department of Labor and Employment (DOLE) received their two tranches of Special Amelioration program (SAP), still more workers and owners of variety stores, small-size shops and business were left almost empty-handed. To aid them, more local government units (LGUs) implemented a no-penalty policy for delayed or non-renewal of business permits.

Losing a job or closing a small business also affects small earners pay their amortizations or experience more delays in paying taxes. To aid them, the Sangguniang Panlalawigan of Batangas passed an ordinance extending the effectivity of the 15% discount in the payment of real property taxes (RPT) in the province. The discount which is normally effective on the month of January each year was extended until the end of February to allow the paying individuals cope up with their budgeting constraints.

In Lipa City, just recently, the farmers received a total of P20,052,436 intervention from the Department of Agriculture IV-CALABARZON (DA-4A).

This is part of the P813,813,000 intervention fund distributed as portion of  Taal Rehabilitation and Recovery Plan for farmers of Cavite, Laguna, ang Batangas who were greatly affected by the Taal Volcano eruption.

“Before the year end, we will ensure the full distribution of indemnification fund to all hog raisers who were greatly affected by the African Swine Fever (ASF). This is the guarantee that the government is not remising its promise to our farmers,” Department of Agriculture IV-CALABARZON (DA-4A) OIC-Regional Executive Director Vilma M. Dimaculangan shared during the distribution in Laurel and San Jose towns last November.

The Department of Budget and Management (DBM) has already released the indemnification fund for hog raisers who sacrificed their hog-raising business when the Department of Agriculture implement the depopulation of the piggeries in the ASF affected communities.

The DA has already released P226,931,000 amount of indemnification for 6,871 affected hog raisers in the region.

Earlier this year, the DA has started the release of the indemnification assistance amounting to P79,350,000 to some 536 hog raisers in the town of Taal, Cuenca, Nasugbu, Laurel, San Jose, and San Juan, all in the province of Batangas and in Lucena City in the province of Quezon.

There are at least 1,417 hograisers in the region who will also receive the same assistance from the government.

As an added assistance to the hog raisers, Regional Director Dimaculangan maintained that all of the new hogs will be insured to the Philippine Crop Insurance Corporation (PCIC) where the raiser will receive P10,000 for every fattener or P14,000 for every inahin should there be another resurgence of ASF.

Calamities come and go. And people have different approach to cope up with the stress and anxieties brought by different calamities that come along their lives. But for Batangueños who were hardly hit by a string of calamities punctuated by the CoVid-19 pandemic, life must go on.|

[This story is supported by a grant from the Philippine Press Institute (PPI) and the Hans Seidel Foundation (HSF).]