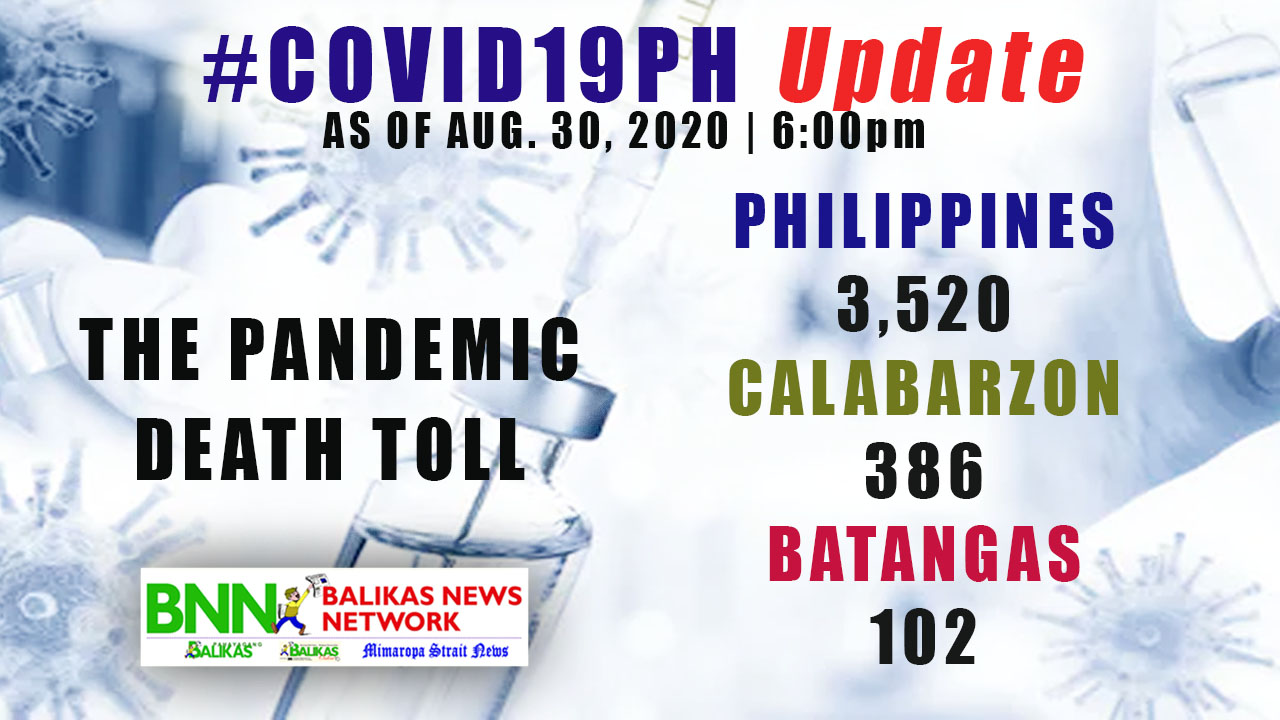 THE corona virus pandemic has claimed the lives of 3,520 Filipinos as of Sunday, August 30, or 1.6% of the total number of confirmed cases nationwide. The Department of Health (DoH) said the data are based on the testing output as reported to the DOH as of 12 noon of Saturday, August 29.

Parallel to this, the pandemic has also claimed the lives of at least 102 Batangueños, an independent monitoring by the BALIKAS News (BNN) revealed. Said monitoring records on day-to-day basis the confirmed cases reported by all component cities and municipalities of Batangas province as of 6:00 o’clock in the evening.

Ironically, the town of Malvar which registered the high number of cases among the municipalities, i.e., 168 cases has only four (4) deaths or 2.38% mortality rate, while the town of Calaca which has 158 cases, the second highest among the component towns and cities has zero mortality rate and has an amazing 7.41% recovery rate.
The monitoring of contagion in the province of Batangas commenced on the March 2020 with the first two cases recorded – the siblings from Batangas City who have both traveled abroad and was confirmed to be positive of corona virus on March 11. Their cases were traced back to March 1 when they both have onset of symptoms and was later on confined at the Asian Hospital and Medical Center in Alabang, City of Muntinlupa. Patient No. 1 (BC-1, PH49) have recovered but his older sister (BC-2, PH52) died; the first covid-related death case in the province of Batangas.| – BALIKAS News