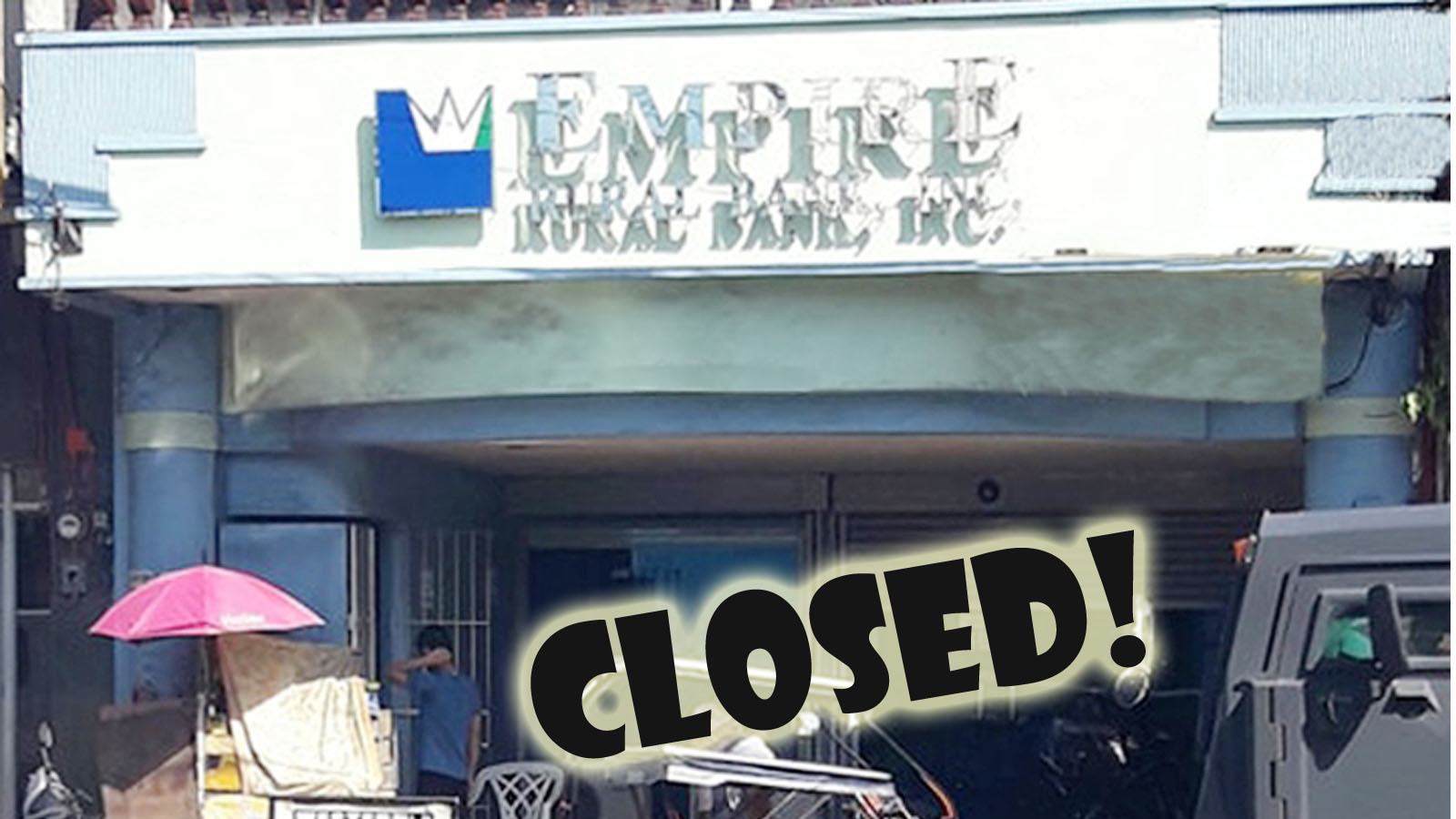 LIPA City — IT’S not yet over for the creditors of the closed Lipa City-based Empire Rural Bank as the bank regulator and receiver Philippine Deposit Insurance Corporation (PDIC) has set on May 7, 2018 to file claims.

The PDIC has reminded the creditors that that they only have until such date to file their claims against the bank’s assets. PDIC reiterated that claims filed after said date shall be disallowed.

Creditors refer to any individual or entity with a valid claim against the assets of a closed bank and include depositors with uninsured deposits that exceed the maximum deposit insurance coverage (MDIC) of PHP500,000.

The prescribed Claim Form against the assets of the closed bank may be downloaded from the PDIC website, www.pdic.gov.ph. PDIC called on creditors to transact only with authorized PDIC personnel.

In case claims are denied, creditors shall be notified officially by PDIC through mail. Creditors whose claims are denied or disallowed may file their claims with the liquidation court within sixty (60) days from receipt of final notice of denial of claim.

PDIC,as Receiver of closed banks, requires personal data from creditors to be able to process their claims and protects these data in compliance with the Data Privacy Act of 2012.

Empire Rural Bank was ordered closed by the Monetary Board (MB) of the Bangko Sentral ng Pilipinas on February 22, 2018 and as the designated receiver, PDIC was directed by the MB to proceed with the takeover and liquidation of the closed bank in accordance with Section 12(a) of Republic Act No. 3591, as amended. The bank is located at 154 C.M. Recto Avenue, Barangay Poblacion 4, Lipa City, Batangas.

The Empire Rural Bank is the first bank in Batangas province to have been ordered closed by the BSP-MB this year, and the third in 13-month period. It can be recalled that the Monetary Board also closed down Countryside Cooperative Rural Bank of Batangas (Coopbank of Batangas) in January 2017 and the Laguna-based World Partners Bank sometime in the third quarter of 2017.

Coopbank has seven (7) branches in the province when it was ordered closed, while WPB has its branch in the City of Tanauan, Batangas and in several towns of Laguna.|#BALIKAS_News