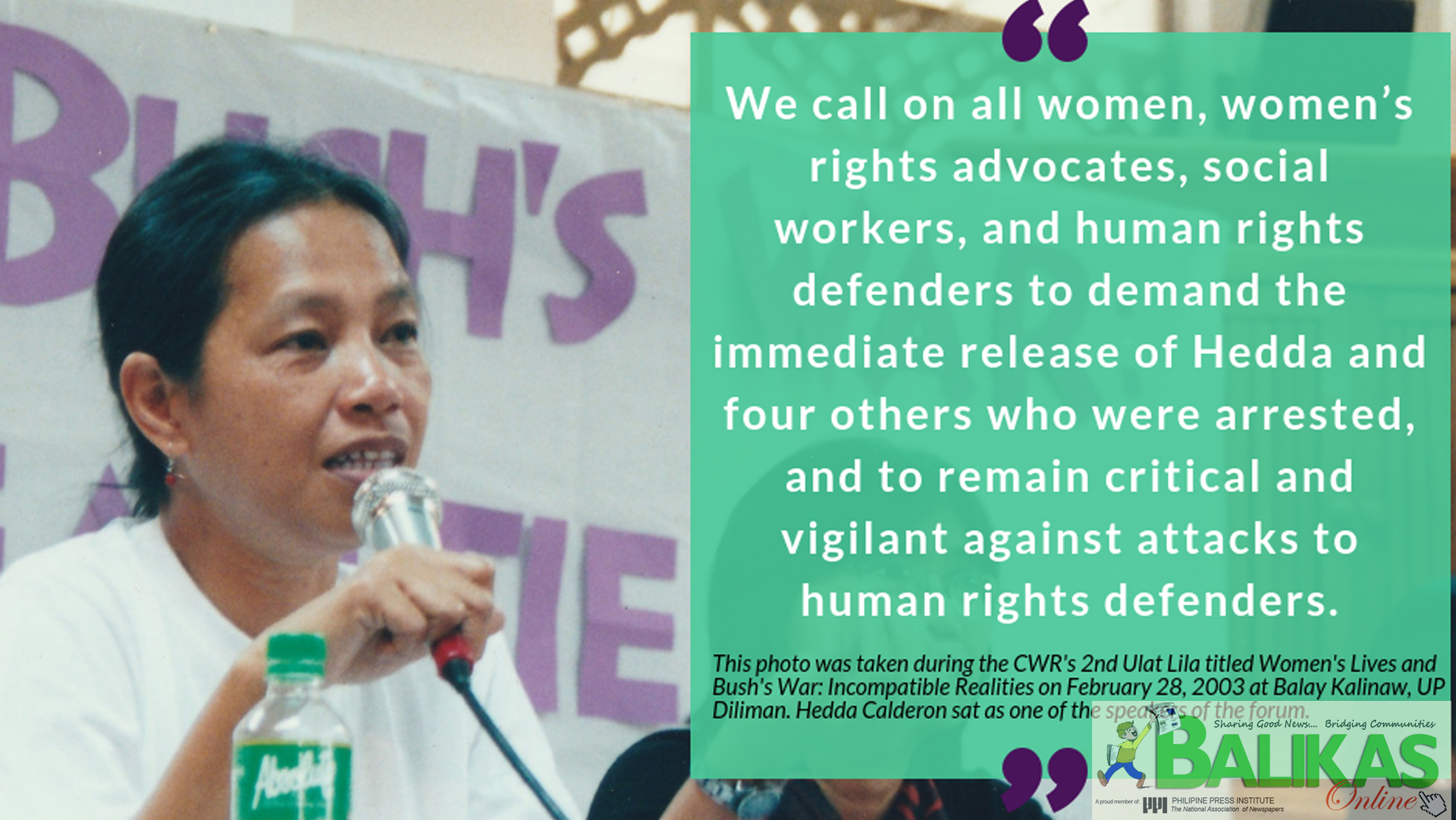 Hedda has been a consultant of CWR for 15 years now. Her expertise on women’s issues, gender-sensitive management and mainstreaming approach, and results-based monitoring and evaluation framework, has given CWR the direction it needs for its operation as a resource center for women. Because of her knowledge and expertise on gender concerns and management framework, other organizations and institutions have also sought her service as a consultant.

CWR maintains that Hedda, a social worker and staunch women’s rights activist, is not guilty of illegal possession of firearms and explosives, contrary to the claims of the Intelligence Service of the Armed Forces of the Philippines (ISAFP) and Criminal Investigation and Detection Group (CIDG).

The group decries the alleged continuing deterioration of human rights and the unabated and worsening repression to crack down activists and to persecute all perceived critics.