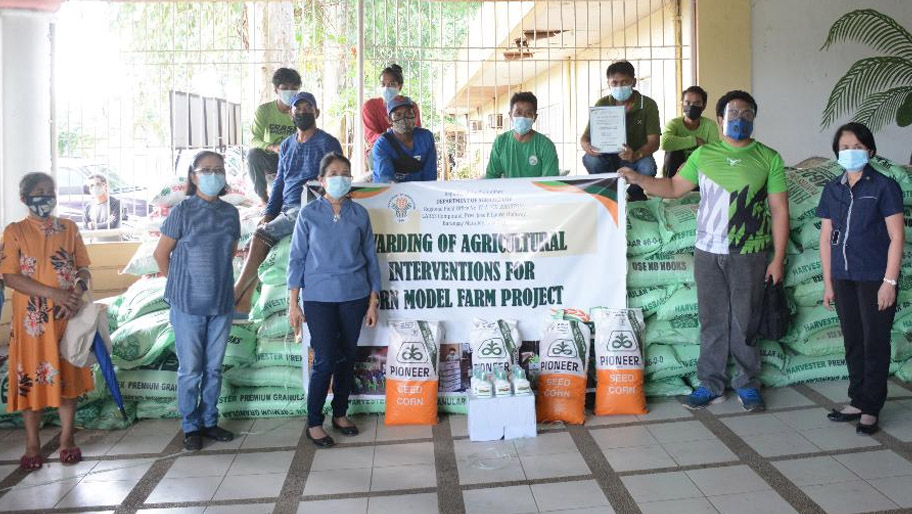 The distribution of corn inputs is part of the Corn Model Farm Project, which aims to increase the production of corn, being the second most important crop in the country.

Under the said project, the corn seeds distributed are expected to yield at least 3-mt/hectare for white corn and 5-mt/hectare for yellow corn. All proceeds of the harvested corn crops shall be used to buy additional inputs that can be utilized by the farmers for their next planting season.

Aside from corn seeds, all of the abovementioned FAs were also given bags of complete fertilizer, bags of urea fertilizers, and bottles of insecticide.