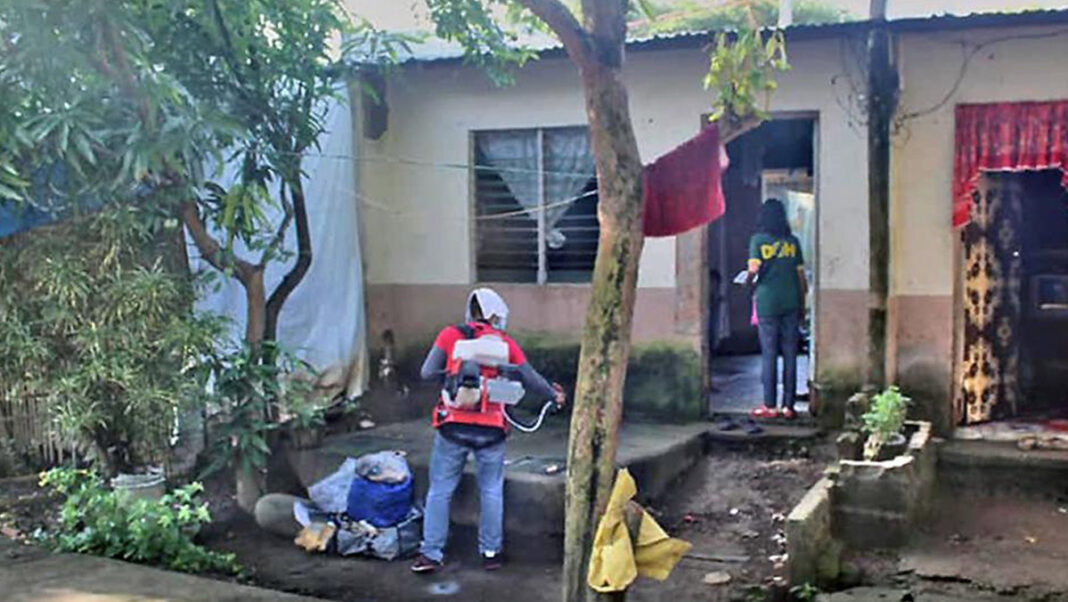 THE Department of Health (DOH)- CALABARZON (Cavite, Laguna, Batangas, Rizal and Quezon) today reported a decrease in dengue cases in the region from January 1, 2021 to August 7, 2021 with 4,179 or 41% lower compared to the same date last year with 7,933 cases.

According to the Regional Surveillance and Epidemiology Unit (RESU), the age of cases range from 2 years old to 88 years old. There were 15 deaths recorded.

Regional Director Eduardo C. Janairo advised residents to be wary of mosquito bites especially now that we are still in the middle of the rainy season.

Janairo also reminded parents to safeguard their children, especially those who ages 2 -10 years old, as they are more prone from mosquito bites.

“Use insect repellent, wear bright colored long-sleeved shirts and long pants and most important is to control mosquitoes inside and outside your home by destroying their breeding sites,” he concluded.|-BNN