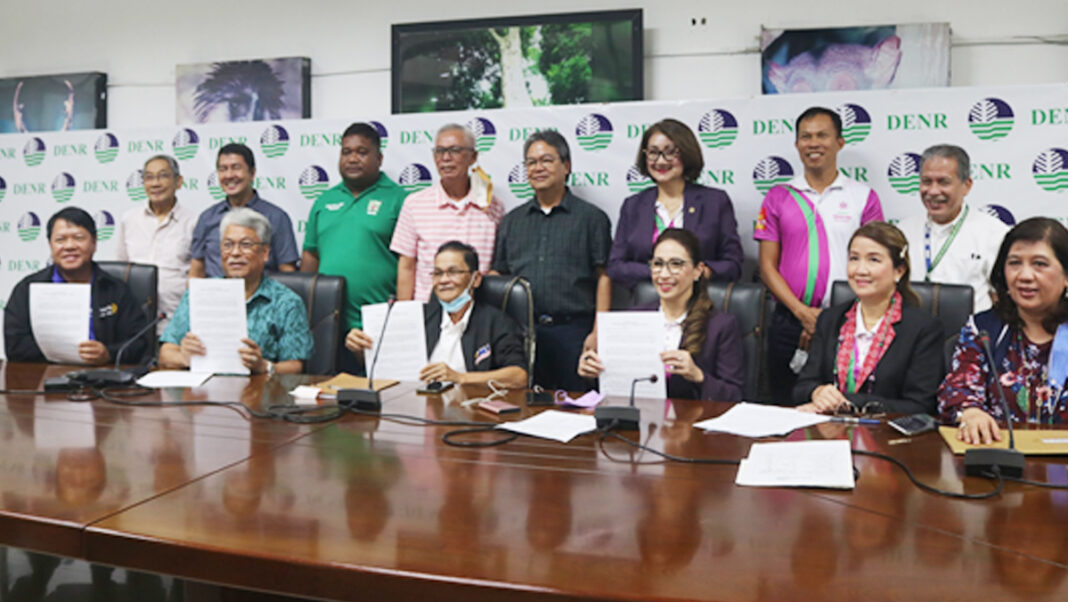 Philippine Bamboo Industry Development Council (PBIDC) Executive Director Rene “Butch” Madarang presented their projects aligned with Rotary International’s 7th area of focus which is protecting the environment. “We have 62 bamboo species available in the country where 21 are endemic and 41 are introduced,” Madarang said.

“There is a need to address the root causes of the flooding, which is climate change and the denudation of the country’s watersheds” Director Madarang added. He also explained that bamboo has proven climate change mitigation properties such as soil stabilization, and carbon capture that cleans the air according to the research or studies of international and local experts.

Director Madarang ended his presentation with “kung sama sama, tulong tulong ay kayang kaya. May kasabihan na ‘if coconut is a tree of life, bamboo is a green grass of hope”.

Moreover, Rotary District 3780 handed the check amounting to Php 500,000.00 to TCPI President Angelito Cruz to fund the project.  President Cruz expressed his gratitude for choosing their organization for the bamboo plantation project.|