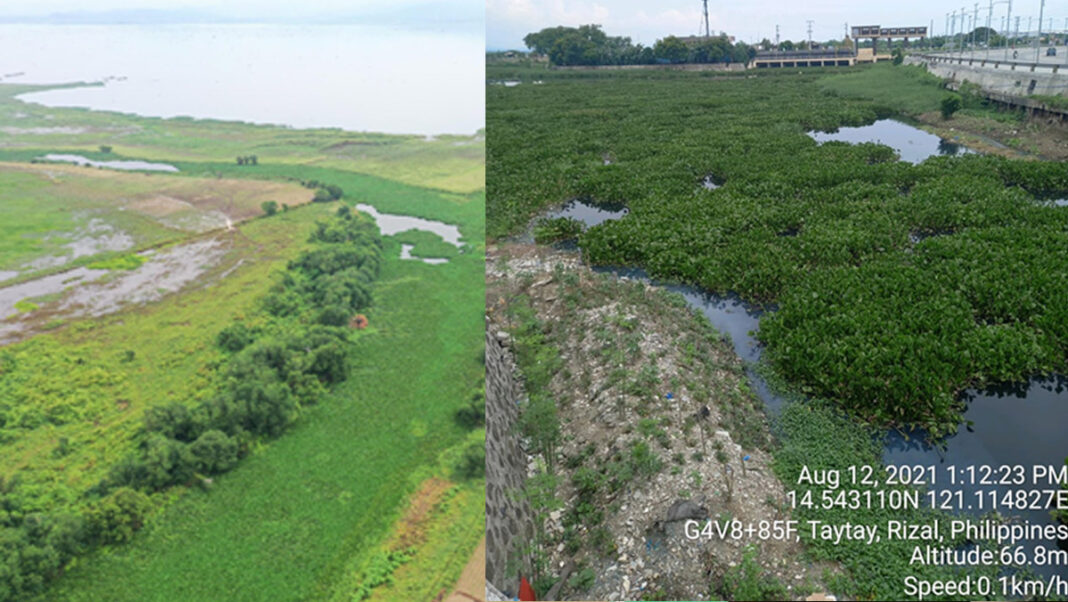 IN view of the directive of Environment Secretary Roy A. Cimatu to prevent water hyacinths from entering and crowding the Manila Bay, the Department of Environment and Natural Resources (DENR) CALABARZON led by Regional Executive Director Nilo B. Tamoria and the Manila Bay Site Coordinating and Management Office (MBSCMO)-4 crafted an action plan for the immediate removal and control of water hyacinth in Laguna and Rizal provinces.

Tamoria said the Secretary initially ordered the DENR National Capital Region (NCR) to prepare an action plan to address the issue of water hyacinths proliferating in Marikina River, as the same may eventually flow to Manila Bay. However, based on the assessment made by the said office, it was found out that the said water plants actually originated from Laguna Lake, he stated.

He shared that during a meeting on August 11, 2021 organized by DENR NCR and attended by DENR CALABARZON and  other government offices with direct link to the issue such as the Metro Manila Development Authority (MMDA), Pasig River Coordinating and Management Office (PRCMO) and Laguna Lake Development Authority (LLDA), it was agreed that the regional department will also prepare the corresponding action plan within its jurisdiction as input to the overall action plan to be prepared by the created special task force headed by DENR NCR Regional Executive Director Jacqueline A. Caancan.

Considering its natural features, the water hyacinths found along Marikina and Pasig Rivers are highly likely from Laguna Lake brought to the said rivers by wind through the Napindan Channel, Tamoria admitted.

“Our action plan should involve the immediate control and management of the water hyacinths within Laguna Lake so that it will not float towards Pasig River and Manila Bay. Our first line of defense is the river mouths in CALABARZON. ‘Yung makakawala ay dapat ma-control sa Napindan Channel which is also within our jurisdiction,” he declared.

He specially directed MBSCMO Rizal to look into the backflow of water lilies along Manggahan Floodway in Taytay and Cainta, Rizal, and to consider the possibility of propagating Kangkong or water spinach which, like water hyacinth, absorbs heavy metals however, the former does not float from one place to another unlike the latter.

At present, MBSCMO-4 and its counterpart offices in Laguna and Rizal continue to mobilize the hired river rangers to manually remove the water hyacinths along the tributaries of Laguna Lake. Moreover, they are coordinating with the local government units (LGUs) concerned regarding the possible dumping site for the collected water hyacinths.

MBCO will prepare a comprehensive plan based on the action plans crafted by DENR CALABARZON and other agencies concerned. DENR targets to accomplish the project of clearing the water hyacinths in Manila Bay and its tributaries by October 2021 in compliance with Cimatu’s directive.|-BNN/denr4A