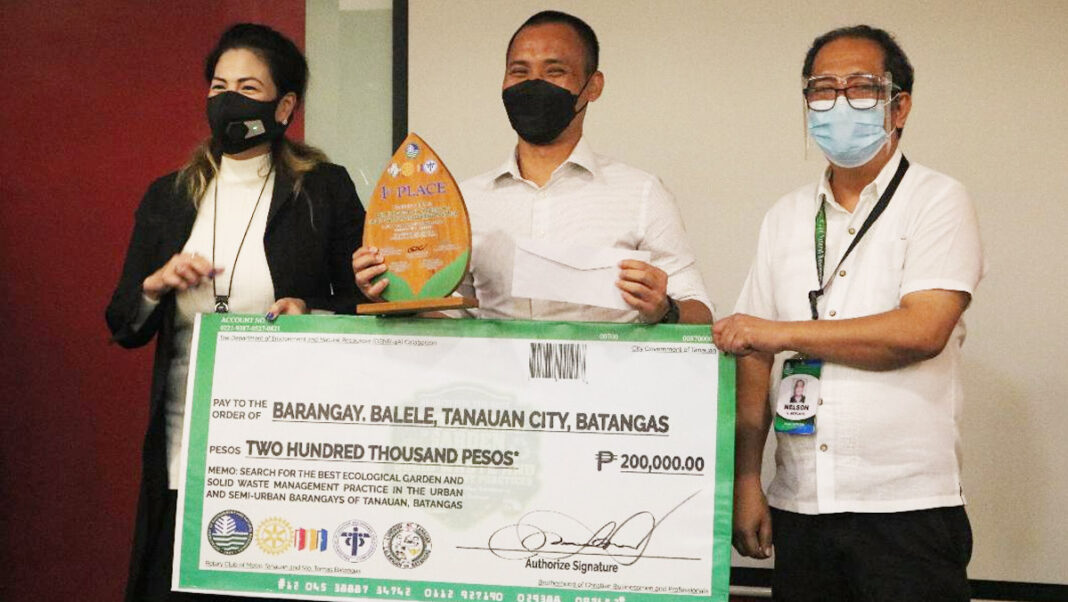 CITY OF TANAUAN, Batangas — THE Department of Environment and Natural Resources  (DENR) IV-A through its Manila Bay Site Coordinating Management Office 4 (MBSCMO4) recognized the initiative of ten (10) barangays in here in establishing sustainable ecological gardens in support of the Manila Bay Rehabilitation Program.

The first prize of the Search for Best Ecological Garden and Solid Waste Management Practices in Urban and Semi-Urban Barangays was awarded to Brgy. Balele while the second and third prizes were given to Brgys. Ulango and Poblacion III, respectively. Special awards were also awarded to Brgy. Janopol Oriental (Most Impressive Eco-Garden), Brgy. Pantay Bata (Most Resourceful Eco-Garden), Brgy. Poblacion I (Most Transformed Eco-Garden), and Brgy. Poblacion V (Most Innovative Garden).

DENR-MBSCMO4 is set to conduct regular monitoring of the established ecological gardens and launch the same contest in other cities and municipalities across the region to encourage citizens to participate in the Battle for Manila Bay.| – BNN/denr